The start of basketball season is closing in with approximately one month to go before tipoff. Virginia opens the season with Navy on Tuesday, Nov. 9 at the John Paul Jones Arena as the first of eight November games on tap.

This week, UVA fans got an update on some details surrounding the schedule. Many of those early season games originally had “to be announced” tags on the schedule as tip-off times and TV assignments waited to be finalized. That included several of the early games on the schedule.

After some updates this week, Hoo fans know the details for all but five games. That includes the season opener with Navy, which has been set for 9 p.m. on the ACC Network. The first road game, a Tuesday night showdown at Houston is slotted for 8 p.m. on ESPN. Two other Friday night home games on Nov. 19 and Nov. 26 will tip off at 7 p.m. on regional sports networks and the ACC Network respectively.

The two games that bookend the exam break have times now as well. The trip to JMU on Tuesday, Dec. 7 is scheduled for 6:30 p.m. on the CBS Sports Network. The home game with Fairleigh Dickinson on Saturday, Dec. 18 is set for 2 p.m. on the ACC Network.

Two games from the 2021 portion of the schedule remain TBA at this time. The second home game, a Friday night meeting with Radford, is unknown for now. The home game in the ACC-Big 10 Challenge against Iowa for Monday, Nov. 29 does not have a scheduled time slot yet either. The only other unknown tip-off times come on late-season Saturdays against Georgia Tech (Feb. 12), Florida State (Feb. 26) ,and Louisville (March 5). That’s common for late-season weekend games as TV will want to take regular season standings into account for those decisions.

With that in mind, let’s look at the rest of the Fan Friday feature. 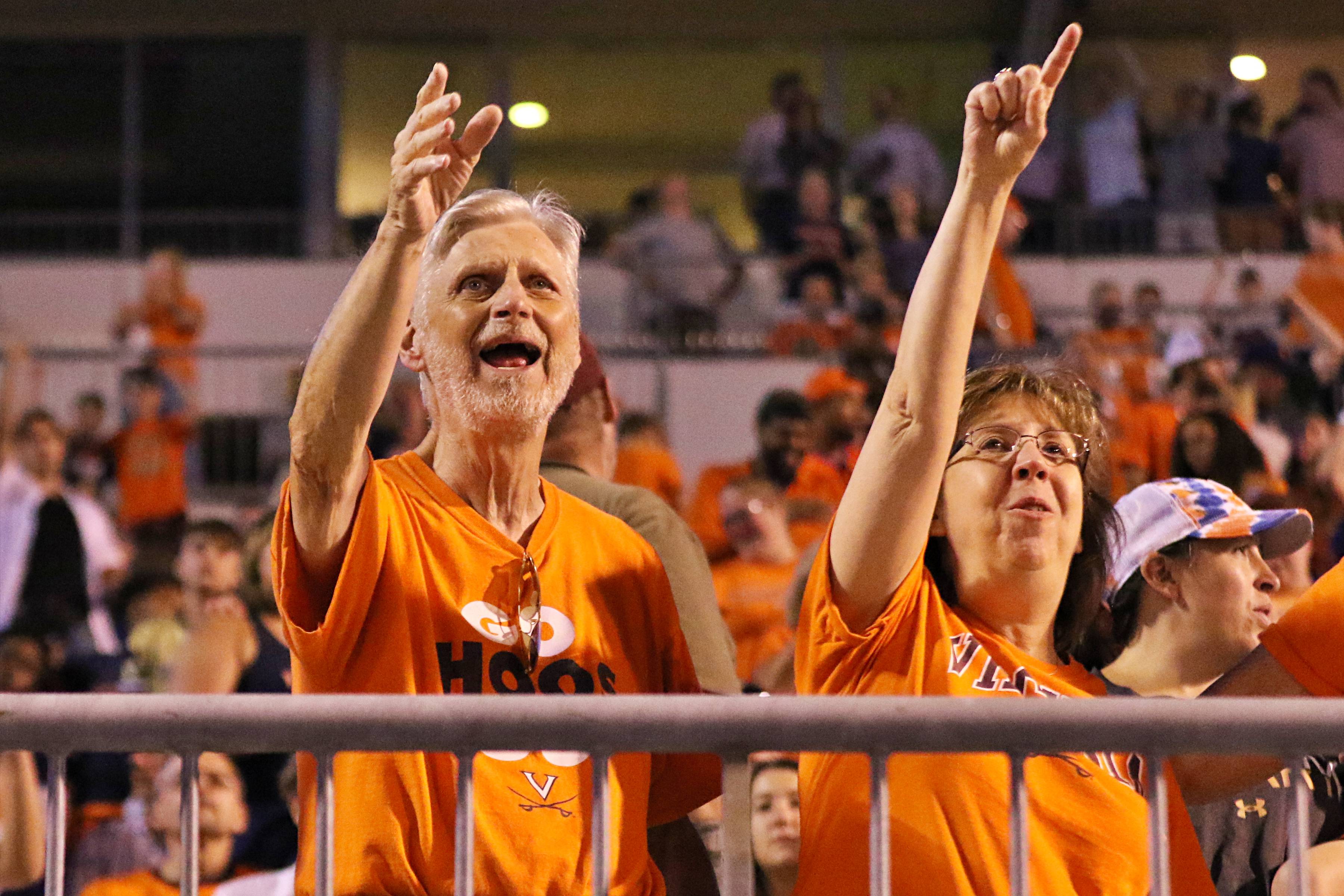 Excited about the Hoos!

Virginia grabbed a road win last week and hopes to have more wins to celebrate in October.