A year ago this week, the Virginia basketball team won the National Championship and reminiscing brought repeated joy to the Hoos. The Cavaliers, of course, topped Auburn in dramatic fashion with a 63-62 win on three Kyle Guy free throws in the final second. They turned around two days later to get past Texas Tech 85-77 in overtime thanks in part to a pair of De’Andre Hunter 3-pointers late in regulation and halfway through overtime.

Looking back also gave posters a chance to share some of their thoughts from the title run. Two posts from CVLRS and HoobyDoo are shared below – if you have your own memories, drop them in the comments or on the message boards. It never gets old to talk about! 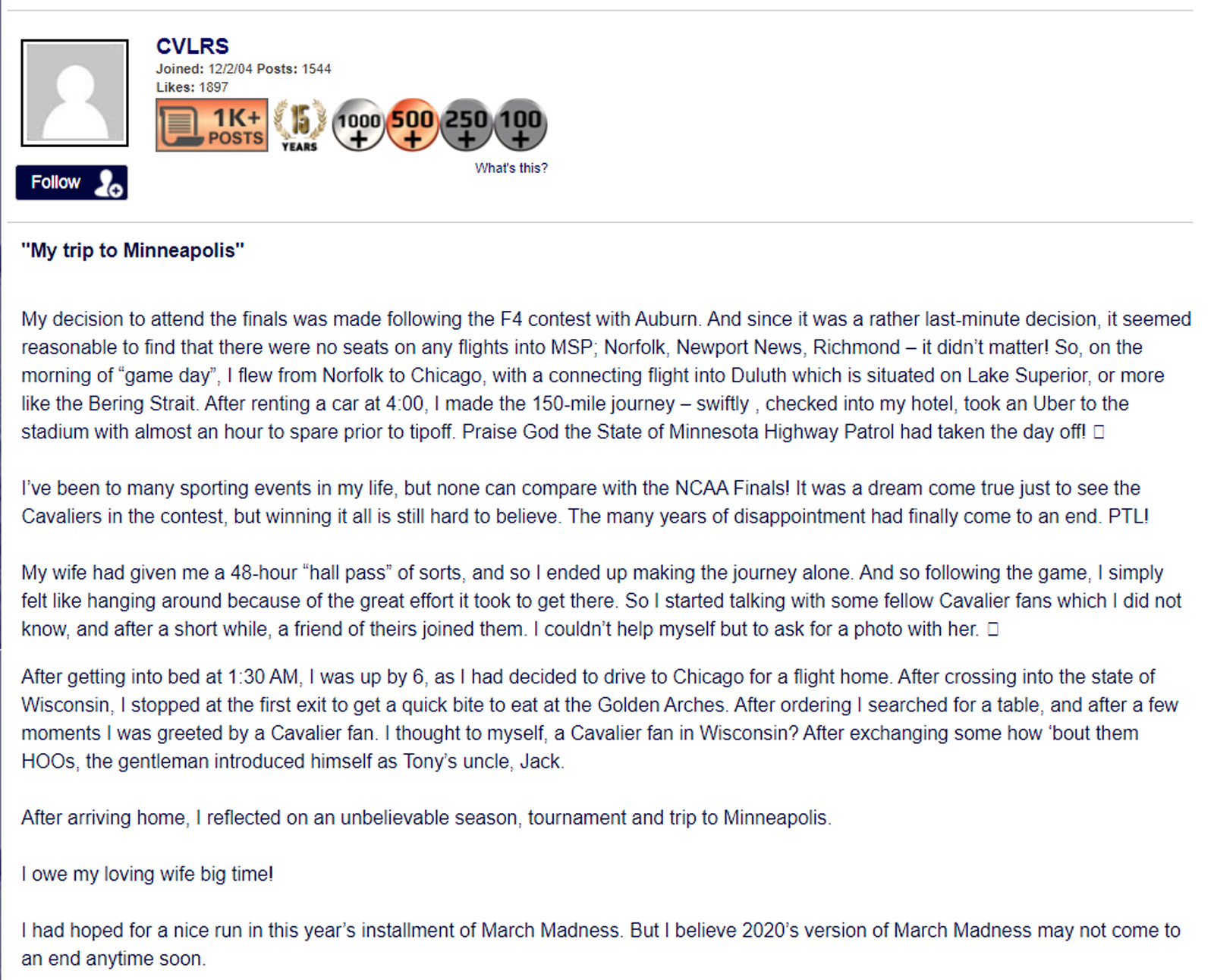 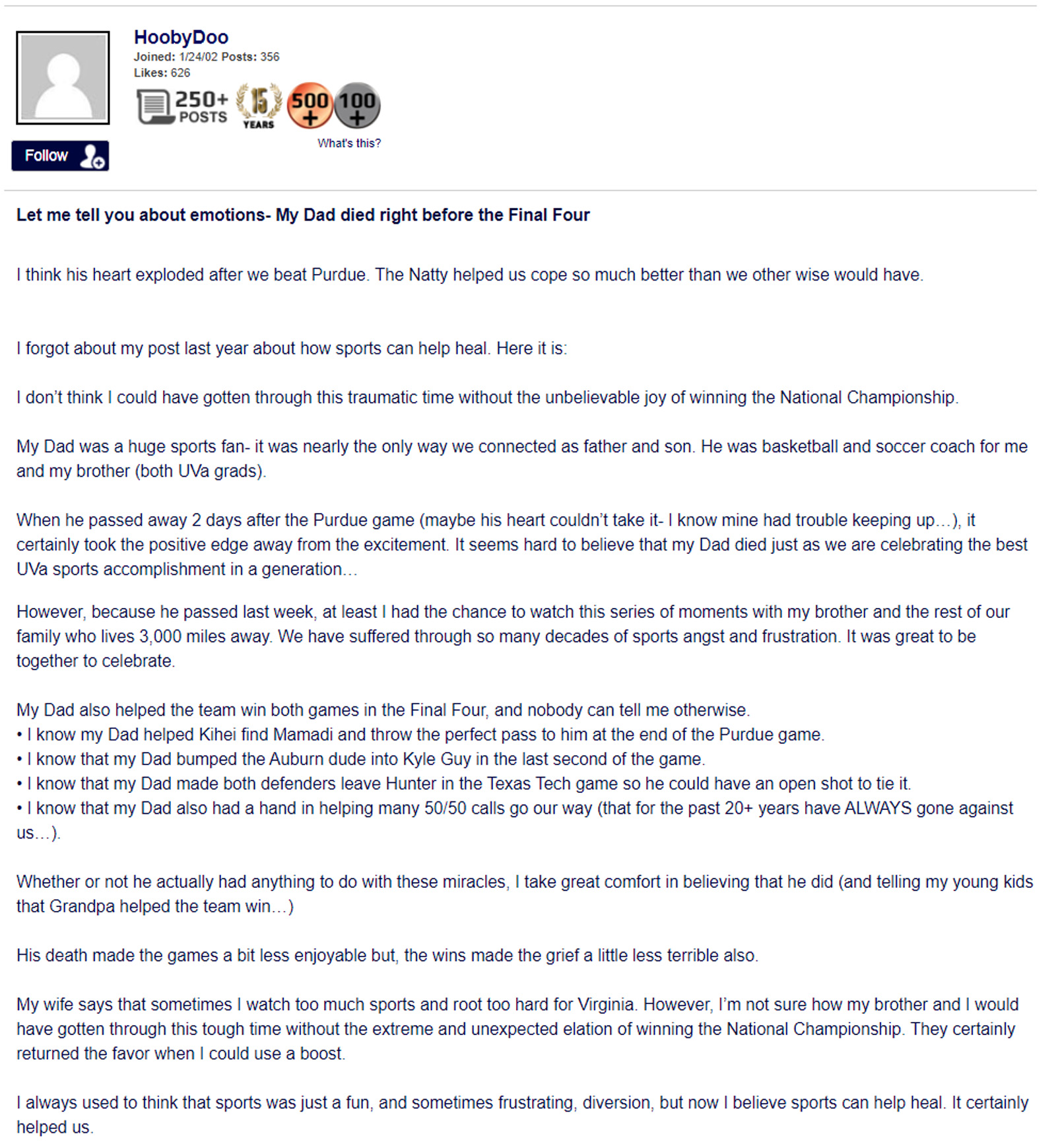 With those memories in place, let’s look at the rest of TheSabre.com’s Fan Friday!

These shirts are still good for another year! 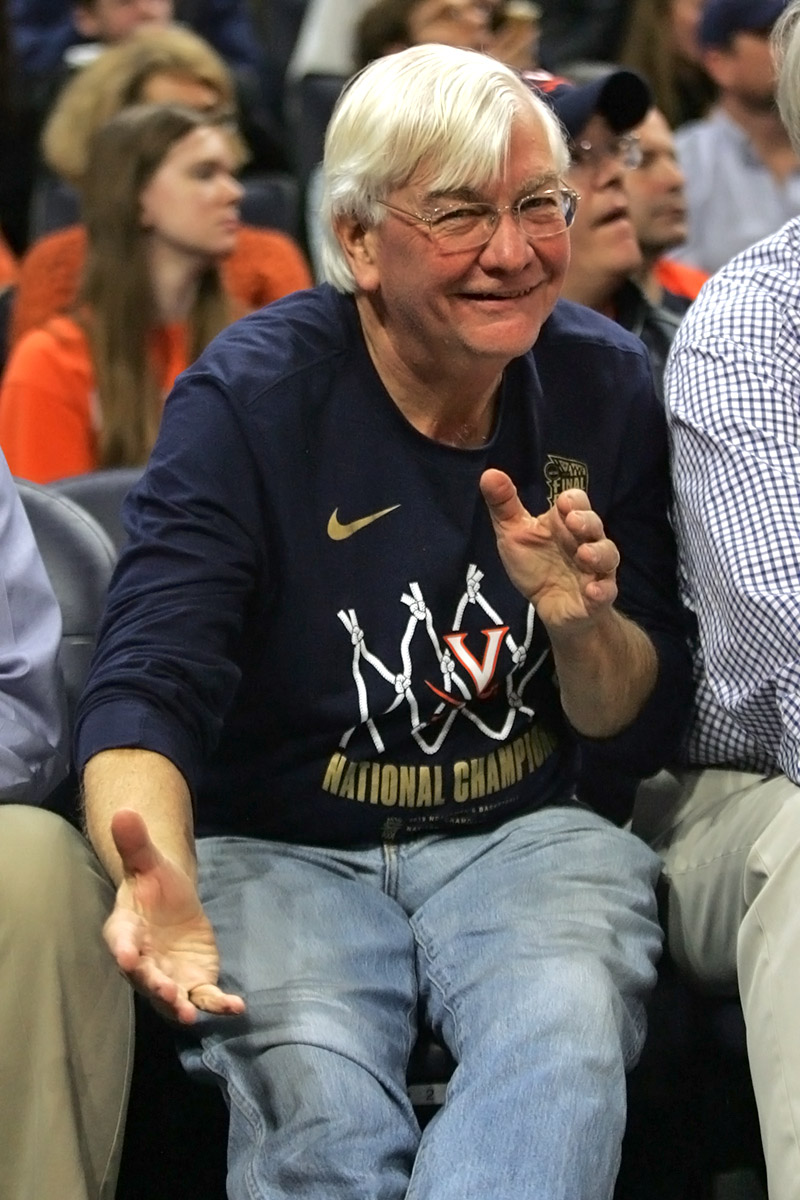 Some Hoos share fun with signs during the Duke game this year. 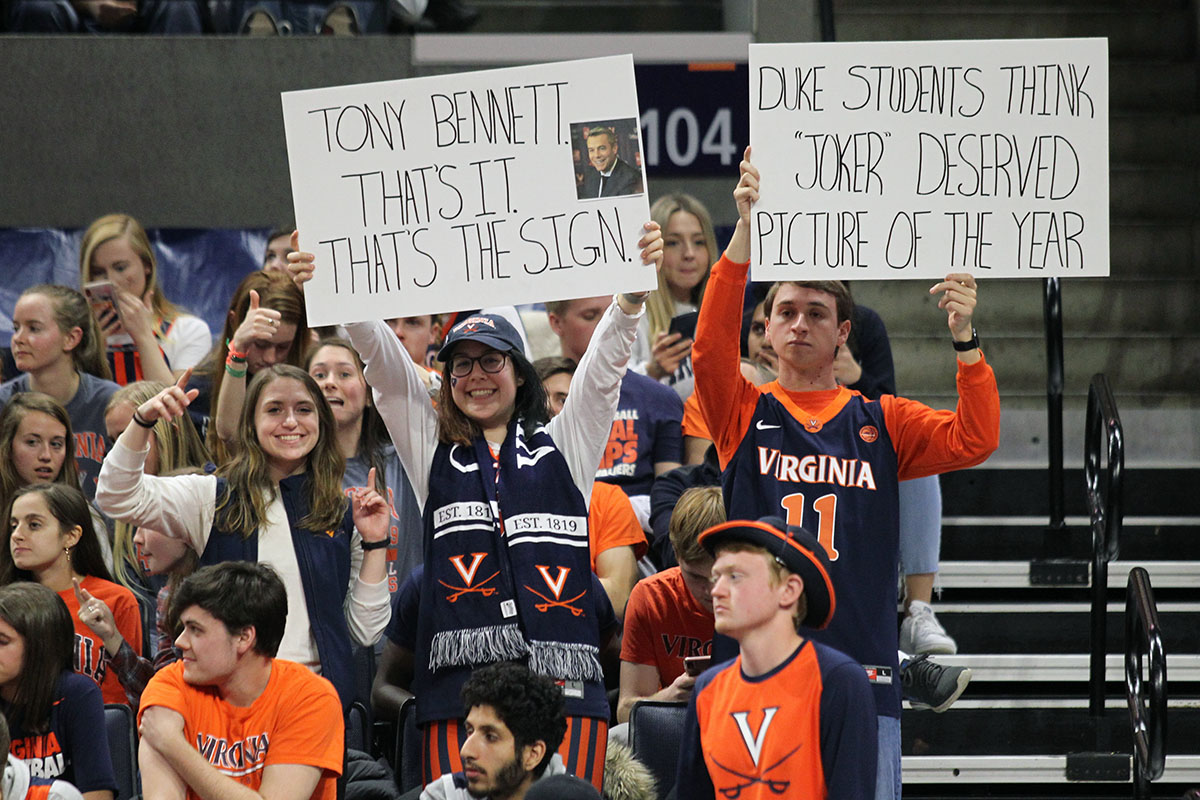 Grab a virtual hug from CavMan while you’re at home these days. 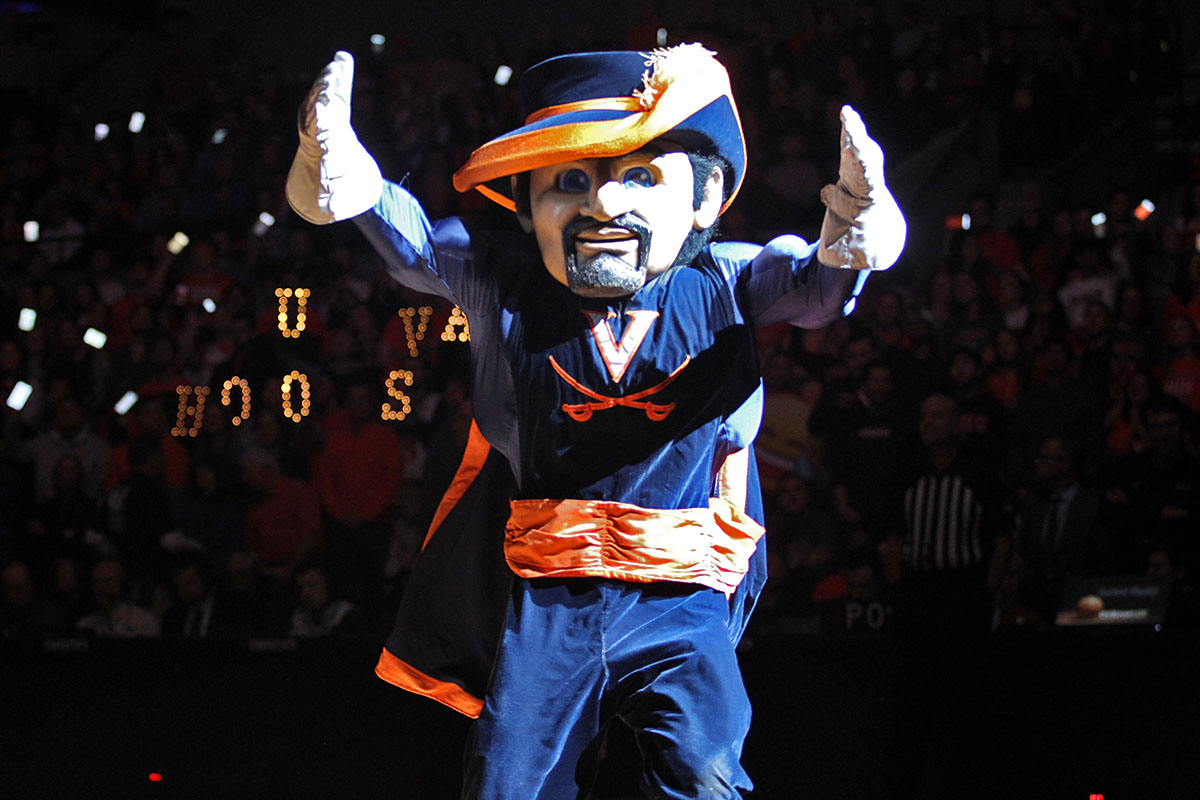