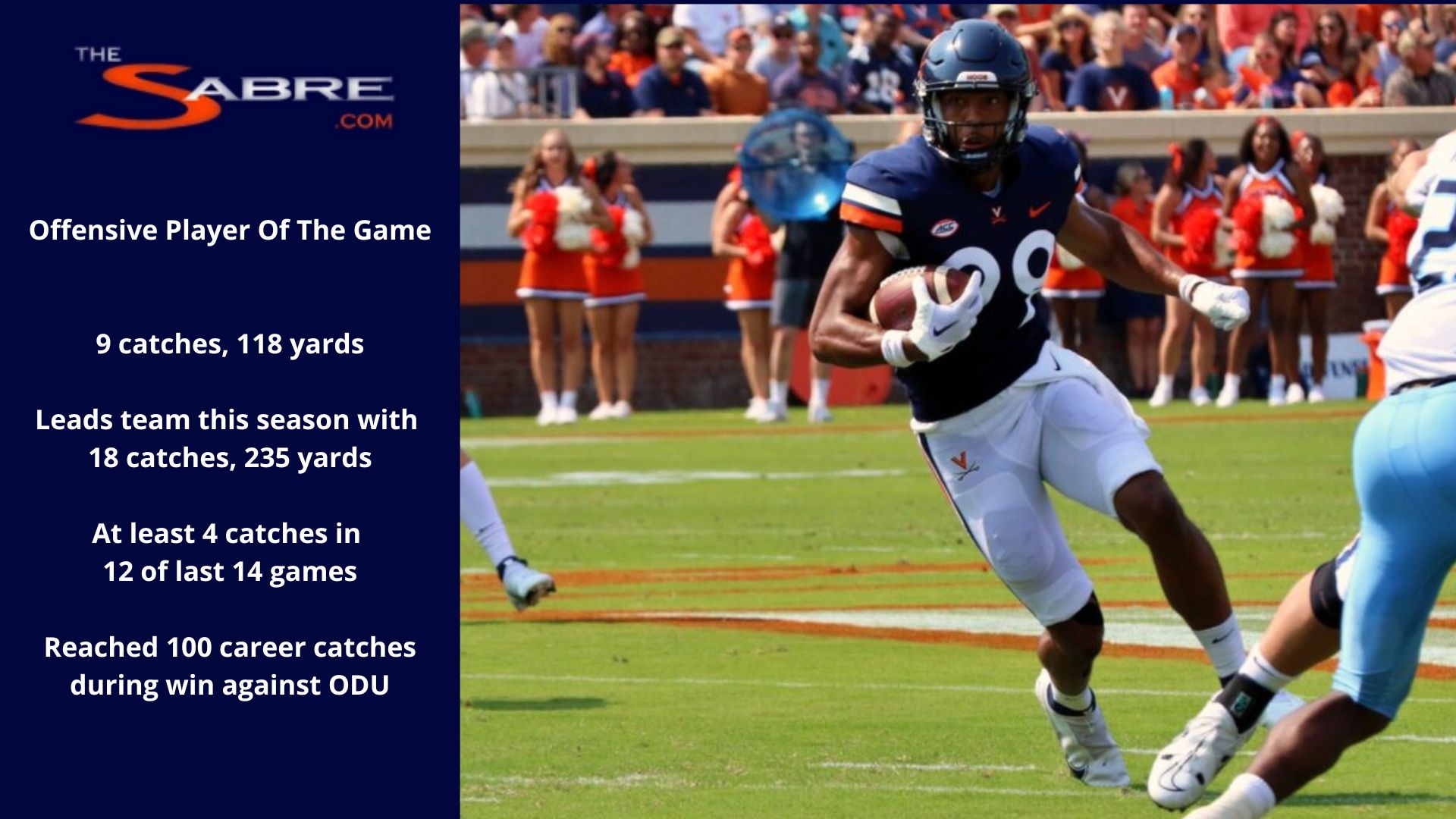 The Virginia football team has installed a new offense this season, but it seems like Keytaon Thompson is comfortable no matter what the scheme is or what position he plays. That certainly appeared to be the case Saturday against Old Dominion as Thompson led the team in receiving during the 16-14 win.

Thompson recorded 9 catches for 118 yards, including the longest reception of the game at 45 yards. That particular play converted a 3rd-and-19 for the Hoos. Message board fans selected Thompson as TheSabre.com Offensive Player of the Game.

That’s a well deserved honor. Thompson picked up where he left off last season despite the change in scheme. So whether he was listed as a football player in 2021 or simply a receiver in 2022, he’s getting the job done.

During the ODU win, he recorded his 100th career reception to extend his active streak to 17 straight games with a catch, which leads the team. He’s the 27th player to catch 100 passes in a Cavalier uniform.

Thompson carried an extra work load Saturday when Billy Kemp IV missed the game with an illness. Clearly, he was up to the task.

“I had to play a lot more plays today. I had to play special teams,” Thompson said. “You have to make those adjustments. I think the tight ends did a good job coming in and being dominant and we found a way to make it work.”