With classes complete, exams soon over, a basketball National Championship in the rearview mirror, and postseason dreams alive for the next few weeks for many Virginia teams and athletes, it seems like the summer break is on the brink for Cavalier fans. You’ll have to excuse UVA coach Bronco Mendenhall if he doesn’t feel the same way.

No, Mendenhall is laser focused well past the summer months at this point. That’s because the Hoos’ season opener at Pittsburgh is 17 weeks from this Friday. That’s not a lot of time.

“This box is checked now that spring practice is over,” Mendenhall said. “There will be basically one week off for our players. They have optional and voluntary workouts by NCAA rule. But urgent is the bottom line if you’re asking where we are now. We’re racing against the clock to be ready for our opener.”

With that in mind, The Sabre is kicking off Fan Fridays here on the site with the focus all on the Wahoo faithful. We’re moving our Fan of the Week, Student Fan of the Week, and Feature Photo of the Week elements into this article along with a Fan Take Of The Week, Post Of The Week, and more. If you’re featured in any of these elements, you get a free EDGE subscription for a month by emailing us! Think of it as a virtual seat in the stands.

Fan Take Of The Week

We enlisted Aquarian81 to provide some thoughts for this week’s segment. It focuses on the UVA football team, which wrapped up spring practice last weekend. Share your own answers in the comments and on the message boards!

After Spring Practice, the football team’s biggest cause for excitement this season … has to be the overall play of the defense. A Top 25 defense in 2018 potentially only gets better with the return of key veteran players and some incoming stud recruits. If healthy, the depth and talent on the defense could make it a Top 10 defense nationally in multiple categories – that lends to winning games, a lot of them.

After Spring Practice, the football team’s biggest cause for concern this season … is still the offensive line. It seems like things are coming together from a depth and potentially talent prospective as the recruiting classes keep improving, but the proof is in the pudding and until kickoff against Pitt no one will know how bad or how good the offensive line will be. It will either be the cause of the team dropping a few games they could win, because of pressure on the QB or lack of running game, or it could end up being one of the reasons for another uptick in the win column.

Three players I can’t wait to watch this season are (and why?) … 1 – Bryce Perkins. He was as advertised in his first season with the Hoos and now he’s gone through spring practice and despite an up and down performance, we all know, if healthy, Perkins has the potential to lead this team to a division crown. 2 – Tavares Kelly. If he figures things out, he’s a big play waiting to happen. He can deliver those one-play knockout punches that will force defenses to have to adjust to him and let the other weapons on offense shine. 3 – Jowon Briggs. It’s hard to think a true freshman defensive lineman will come in and start wrecking things and having a huge impact on defense from the start, but if anyone could do it, to me it’s this kid. Even if he is not a star out of the gate, he will play and deepen the rotation on the defensive line, which was the biggest issue with the defense last year in my opinion. Potentially though, he could take a problem area and help make it an area of strength. 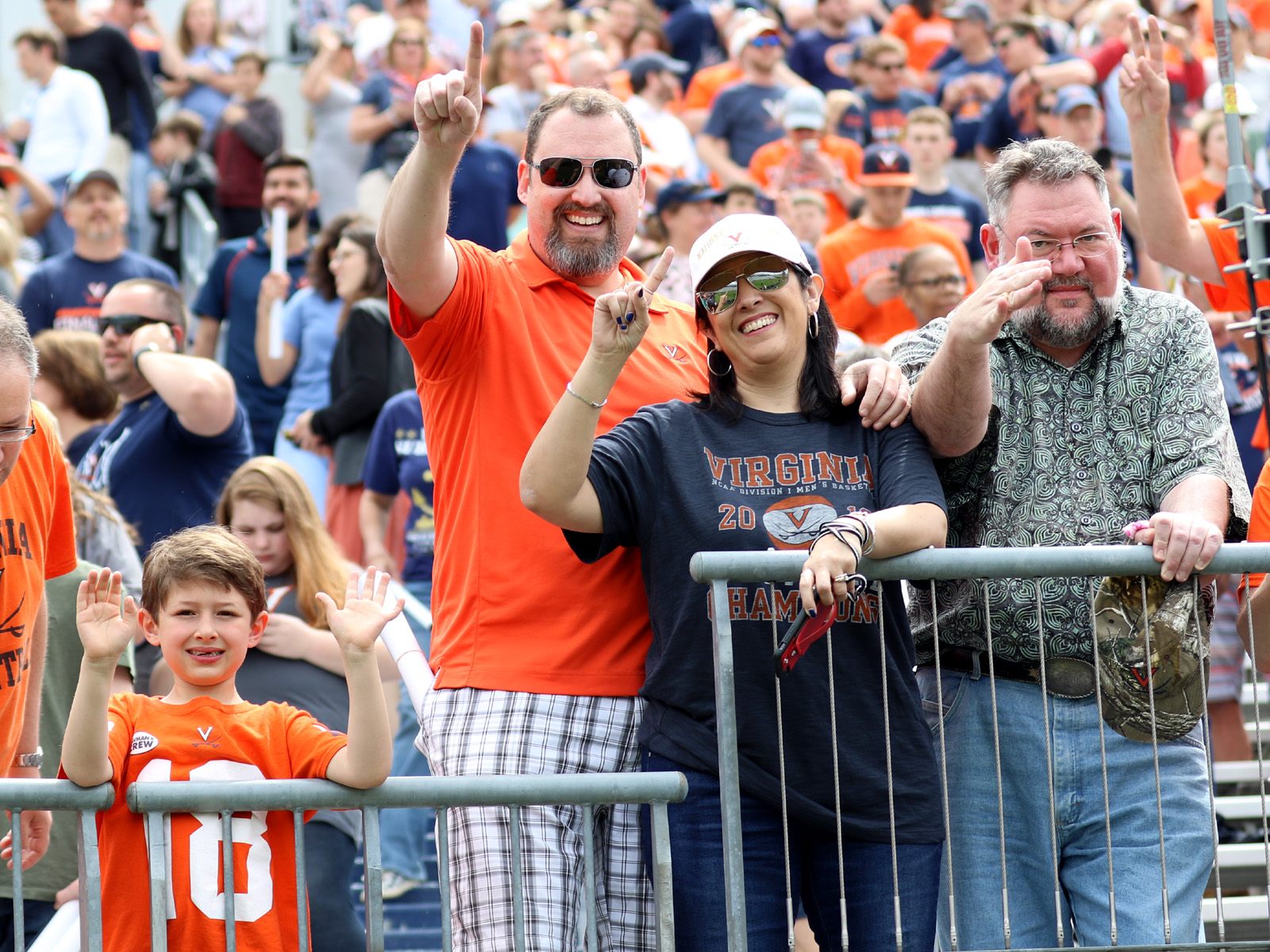 Student Fan Of The Week

Being National Champions never gets old! 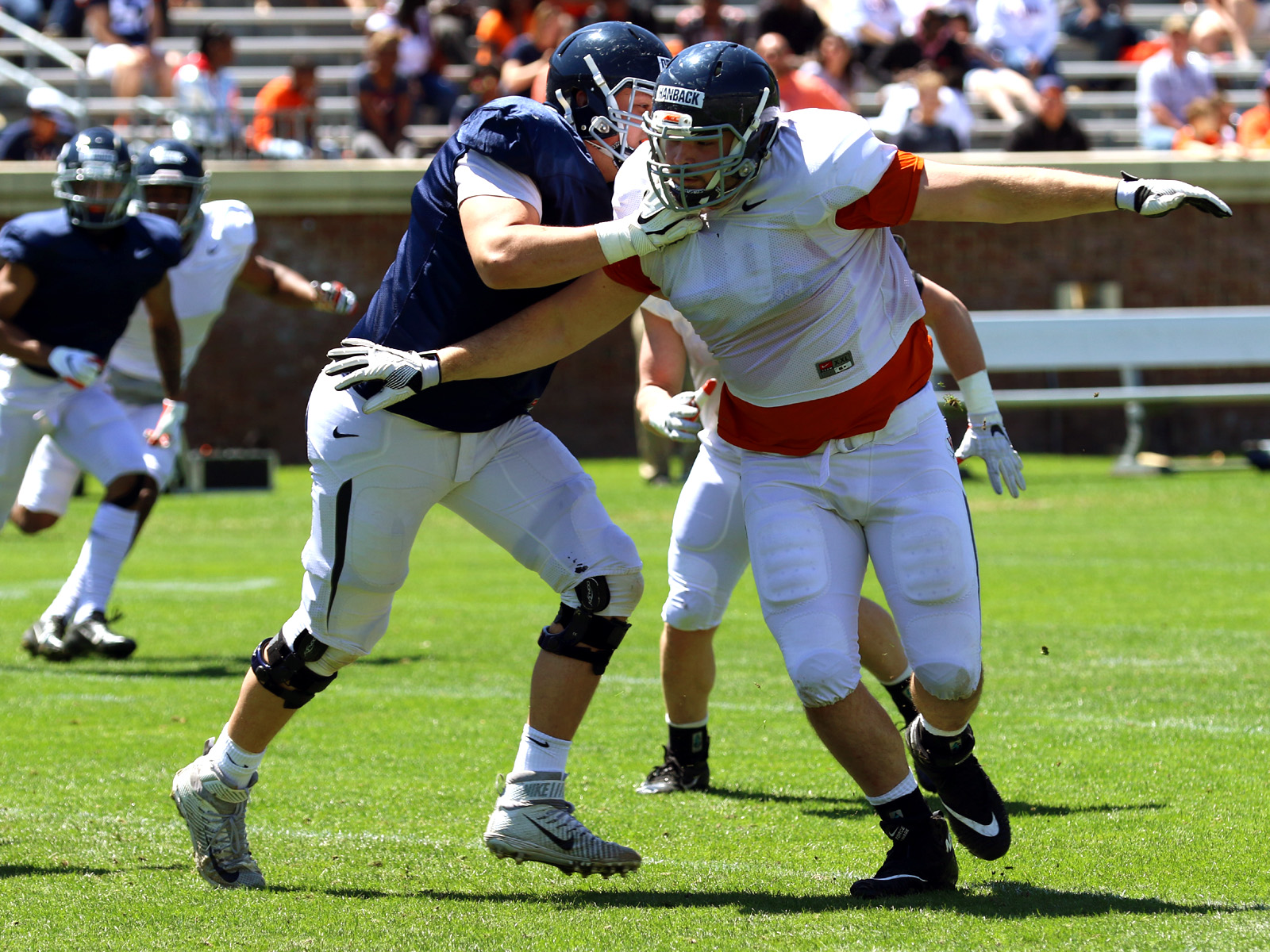 On the basketball board, HoosNArlington shared a post about a piece of National Championship memorabilia that’s truly one of a kind. Check it out below and click here to see what other posters think about it. 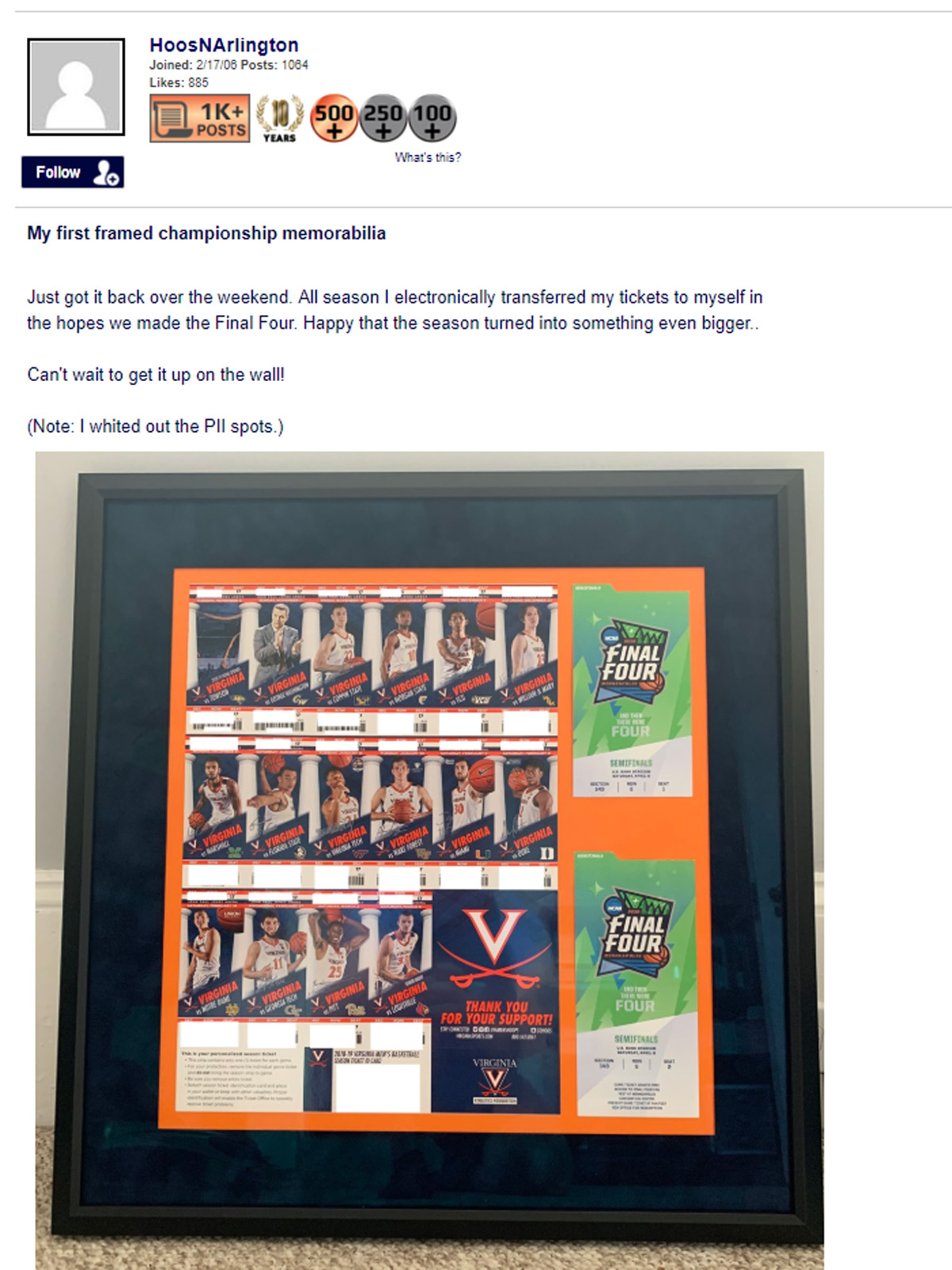