The Virginia football team has played its way into the Coastal Division driver’s seat with the season past its halfway point. The Cavaliers own a 5-2 overall record with a 3-1 mark in the ACC. Only Pittsburgh can match the Hoos currently in the loss column and UVA won that head-to-meeting in the season opener.

To stay on top of the division, however, the Wahoos have a lot of work left to do and the next two scheduled tasks present the additional challenge of being on the road. As has been noted many times this week, that has been a stumbling block so far in the Bronco Mendenhall era. The Cavaliers are 5-14 so far in true road games during Mendenhall’s tenure. Considering that Mendenhall said this week that “you have to execute at a higher level and be more consistent and more mature to handle road environments,” the overall record may just be a function of a program that has been in rebuilding mode.

This season, the Cavaliers won on the road at Pitt in what’s looking more and more like one of the season’s most important road tests. They led at the half at Notre Dame, but couldn’t keep it going. Then at Miami, the Hoos left a lot of opportunities on the field with multiple possessions inside the 25 to change the scoreboard that came up short.

That all sets the stage for the final two road games of the season. Virginia plays at Louisville this week and then heads to Chapel Hill to face North Carolina next week. For the program to get to its first ACC Championship Game, it’s likely going to need to win one if not both of those contests and then hold serve at home.

The Hoos know the stakes.

“So for our given team and for this year’s team, for us to win the Coastal Division, for us to take another step in advancing our program, for us to be a contender on the national scale, for us to remain building and having the unbroken growth that we’re after, you have to play well regardless of where, when and how you’re scheduled,” Mendenhall said.

A contender in football is a welcome change, of course, and that’s had fans buzzing this week. That’s a big part of the Fan Friday series below. Let’s go!

Thread Of The Week

Poster Danhoo started a thread this week that focused on some players that have made strides this season. Here are some of the answers for “Who is the most improved player on the team?” 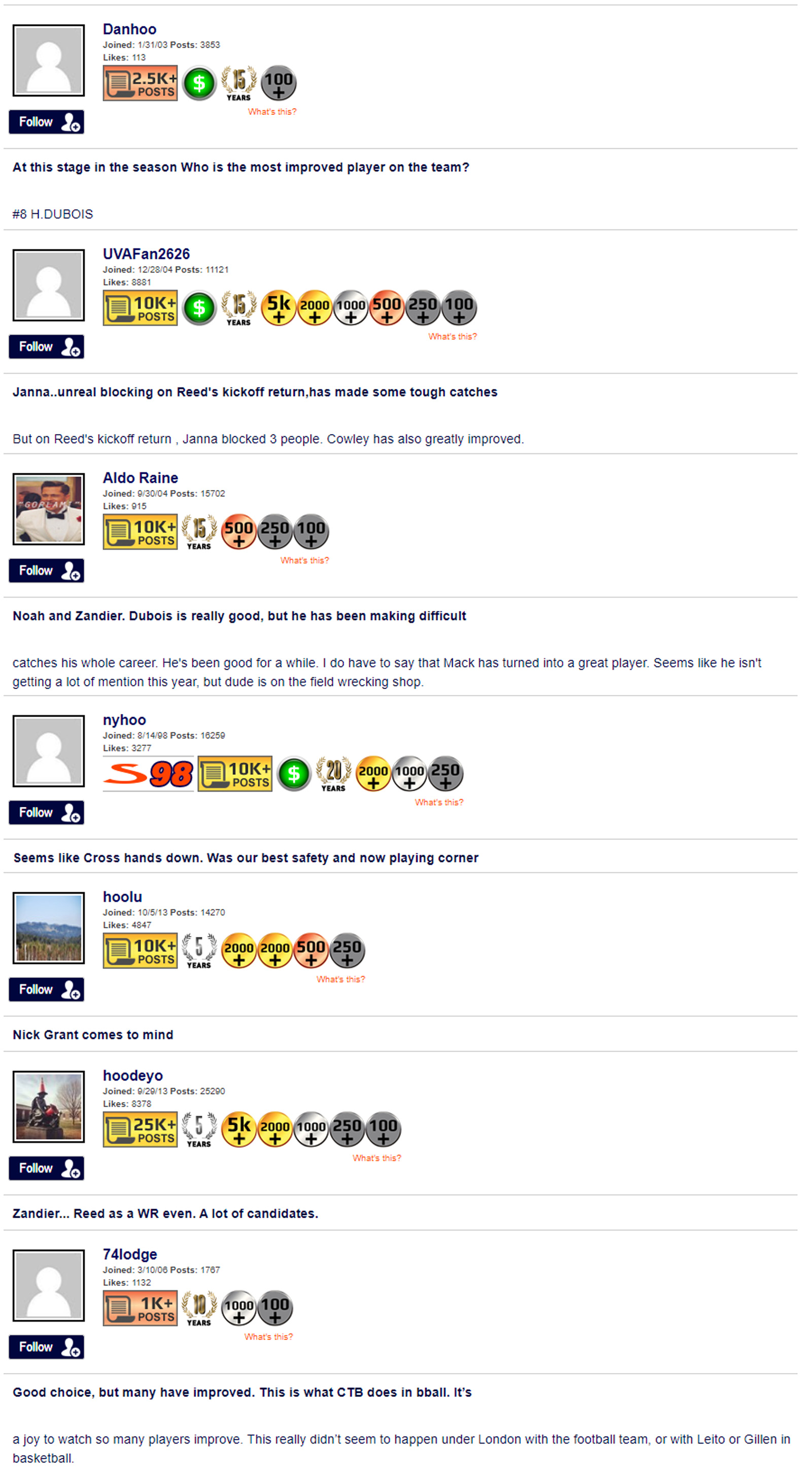 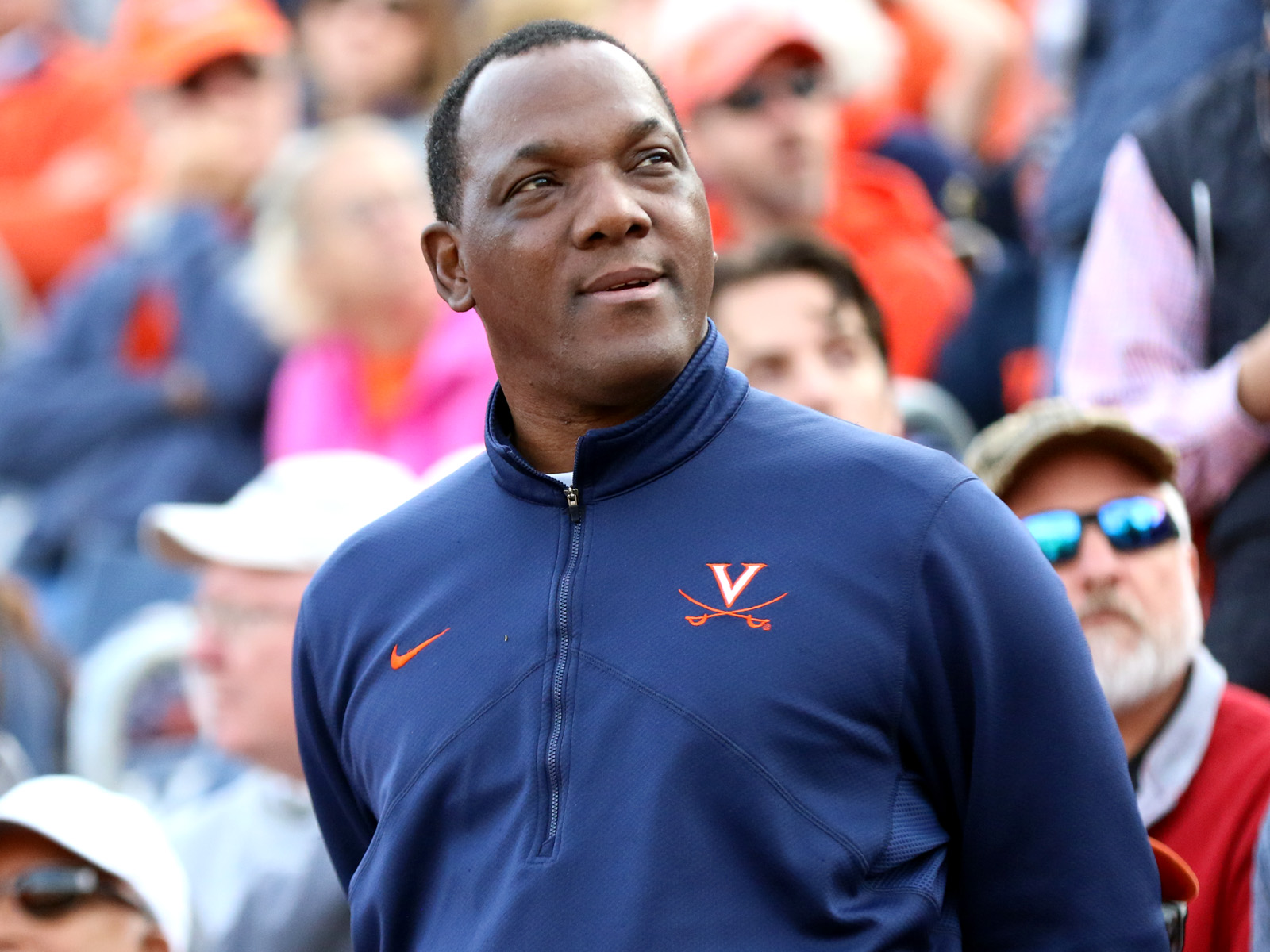 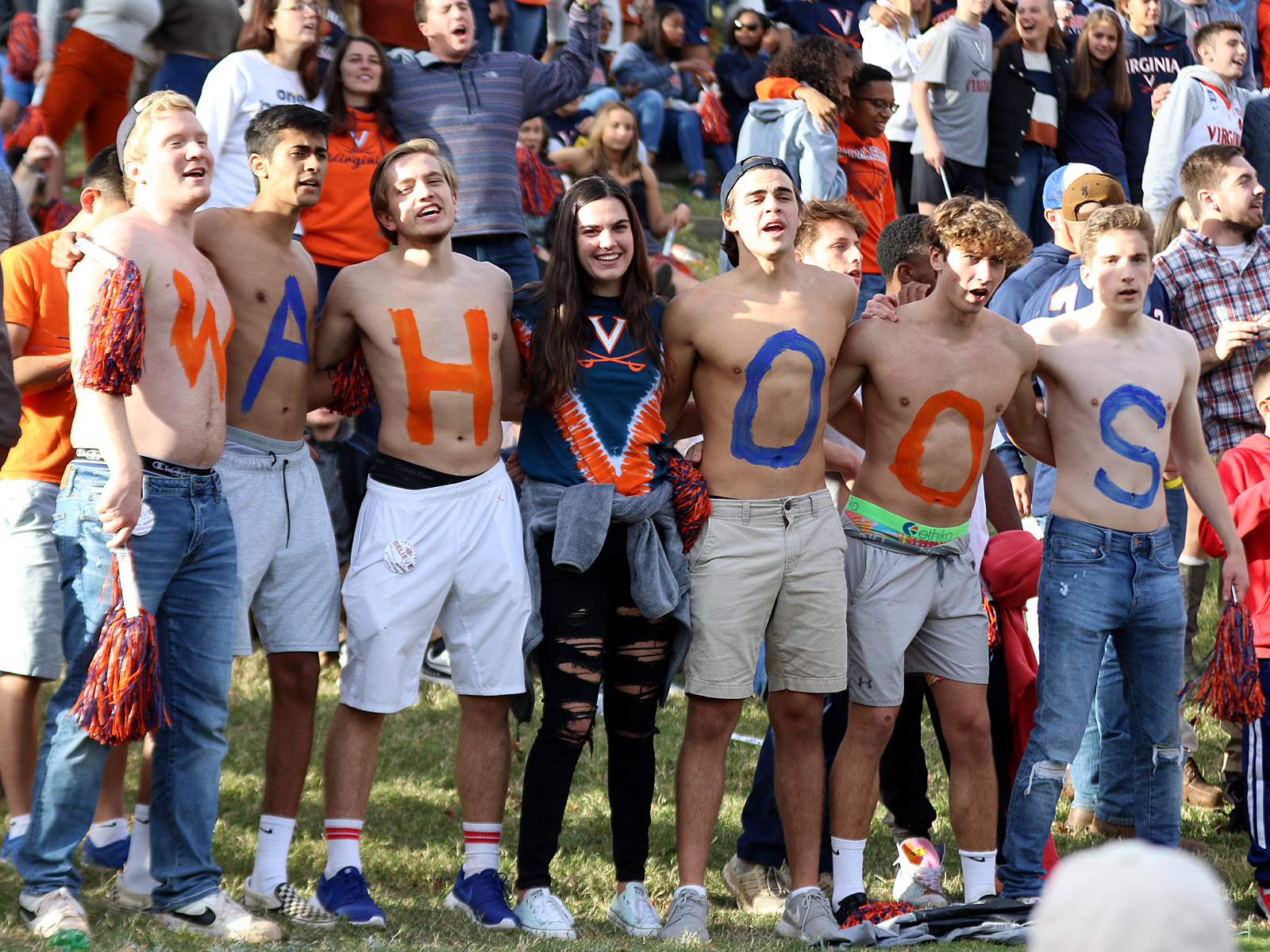 Joe Reed continues to make big plays for the Hoos. 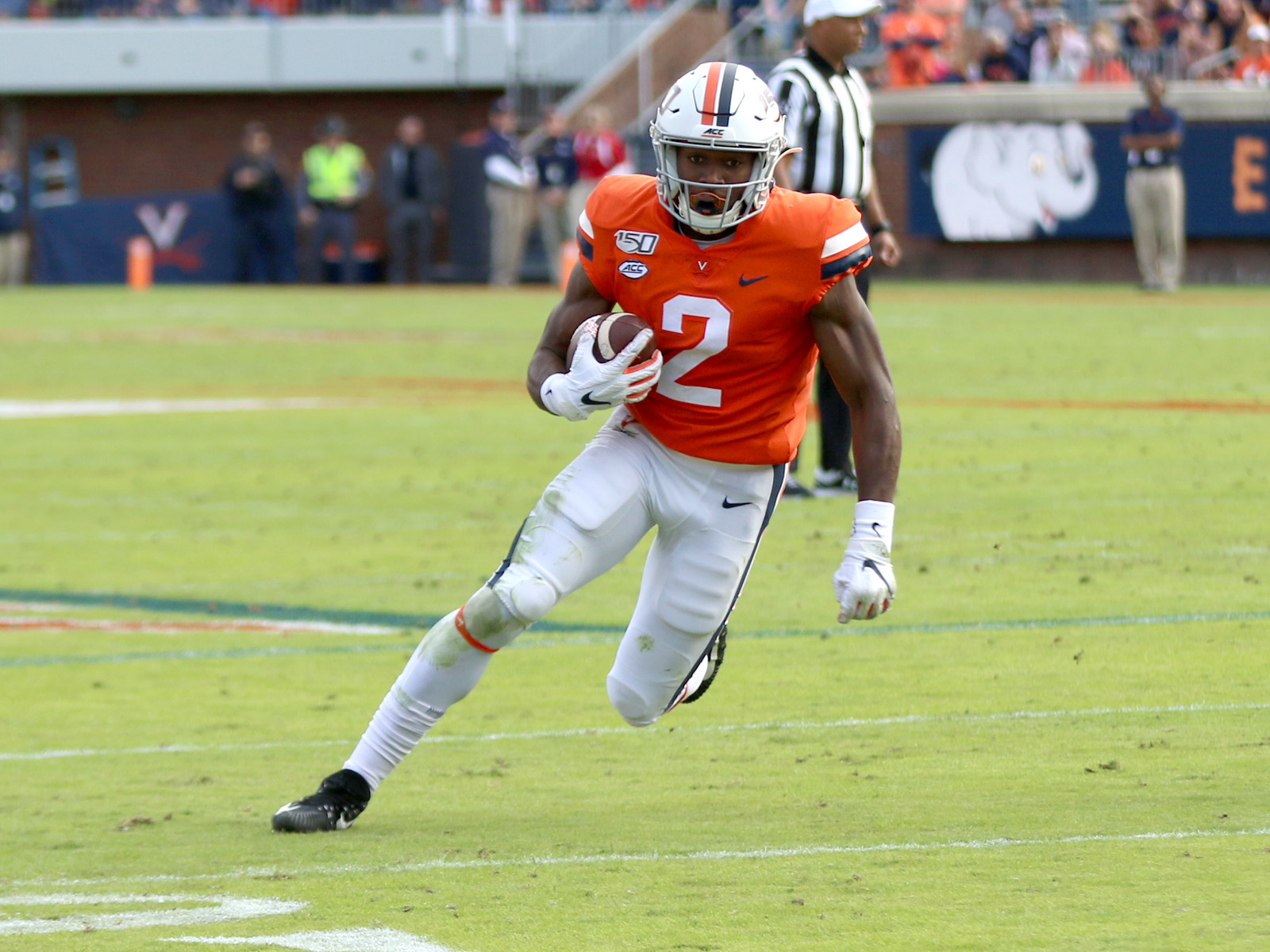 Takes Of The Week

A thread about coaching trends ended up creating a good conversation about the offensive line this week. You can read the whole thread here and there are some selected responses below.

Poster Five Pillar spotted some defensive stats that prompted the question of the week: “Is this our best defensive team ever?” Check out the thread here for some responses! What about you – do you think this is the best UVA defense ever?