The Virginia football team wrapped up a 9-win season in late December, marking the end of a two-year run with 17 victories and a bowl split against SEC competition. Transfer quarterback Bryce Perkins piloted all of those games from his starting spot as he made a tremendous impact on Bronco Mendenhall’s rejuvenation effort in his short time in Charlottesville.

Along the way, Perkins made some eye-popping plays – the signature hurdle over a defender numerous times among them – and put up some eye-popping numbers to match. The Arizona native ended his career with 6,218 passing yards, 47 touchdowns, and 21 interceptions on 545-of-845 passing (64%). He also tallied 1,692 rushing yards and 20 touchdowns on 439 carries (3.9 yards per carry).

That adds up to 7,910 yards of total offense and makes him the program’s all-time leader in that category, surpassing legendary Shawn Moore’s previous mark of 7,897 yards from 1987-1990. Perkins also set a UVA bowl record with seven career touchdown passes in bowl games and he’s second all-time in 200-yard passing games (16). He won the state’s prestigious Dudley Award each of the last two years.

With that sterling career complete, that obviously triggers some accounting exercises for fans. Where does Perkins rank among Virginia’s all-time greats considering his accomplishments but shorter career? How does playing in an ACC Championship Game for the first time impact the discussion? Where does Perkins fit in the NFL?

Those types of questions have been on Cavalier fans’ minds this week.

Here is a thread starter from Hoos in da house setting the table on the all-time greats question. It’s the lead-in to an interesting discussion and fun thread for memory lane lovers. Names like Shawn Moore, Matt Schaub, Bill Dudley, Aaron Brooks, and more are contained within the posts. Again, the whole thread is here. 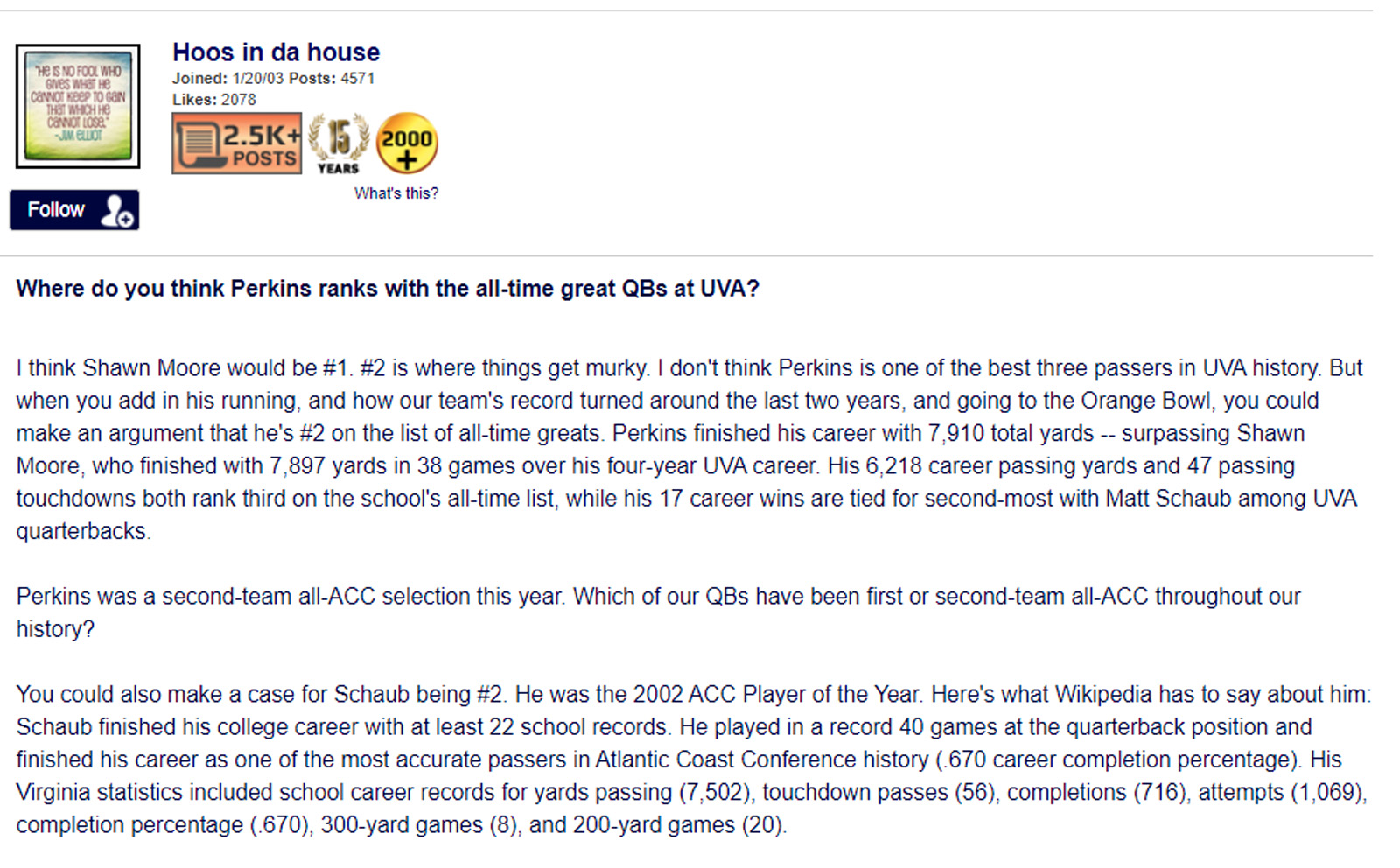 The other question on the minds of Hoo fans: where does Perkins fit in the NFL and the NFL Draft? Poster rhulcher introduced a thread here on that train of thought. Some names that pop up in that discussion included Lamar Jackson, Ryan Tannehill, and Tua Tagovailoa. Again, the whole thread is here.

Let’s move on to the rest of Fan Friday! 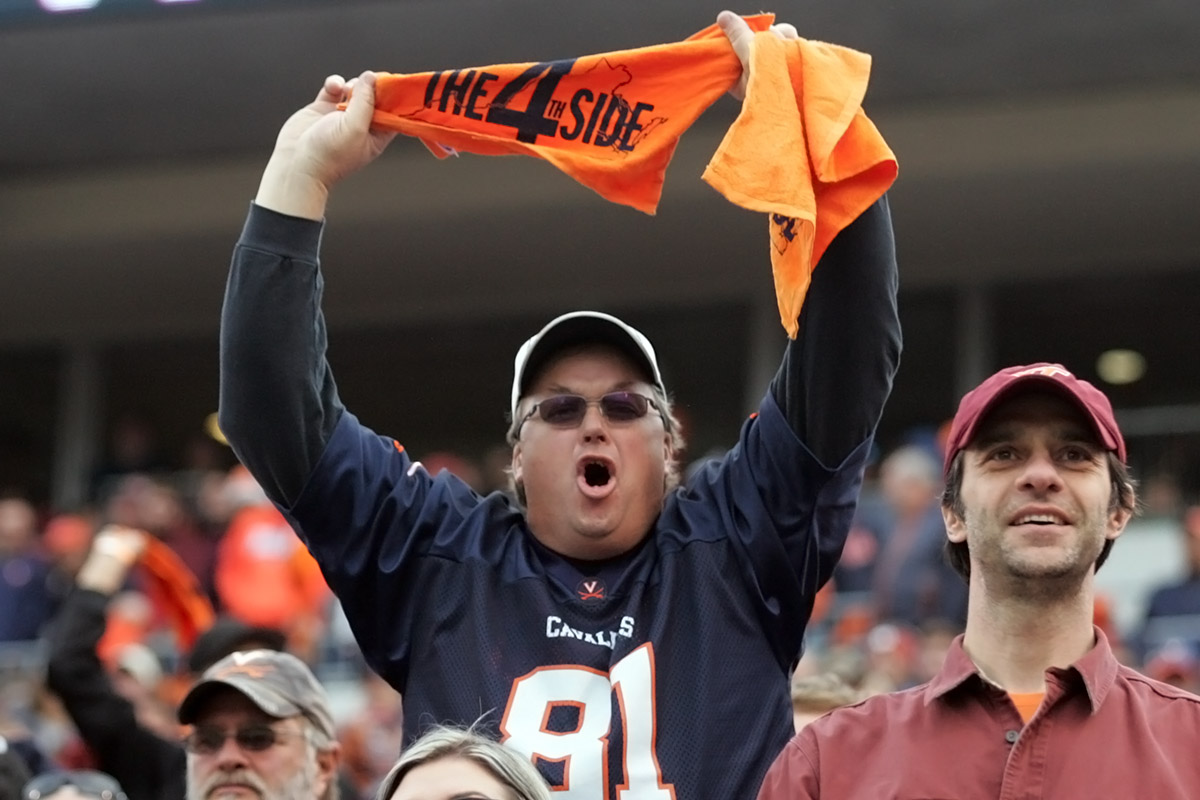 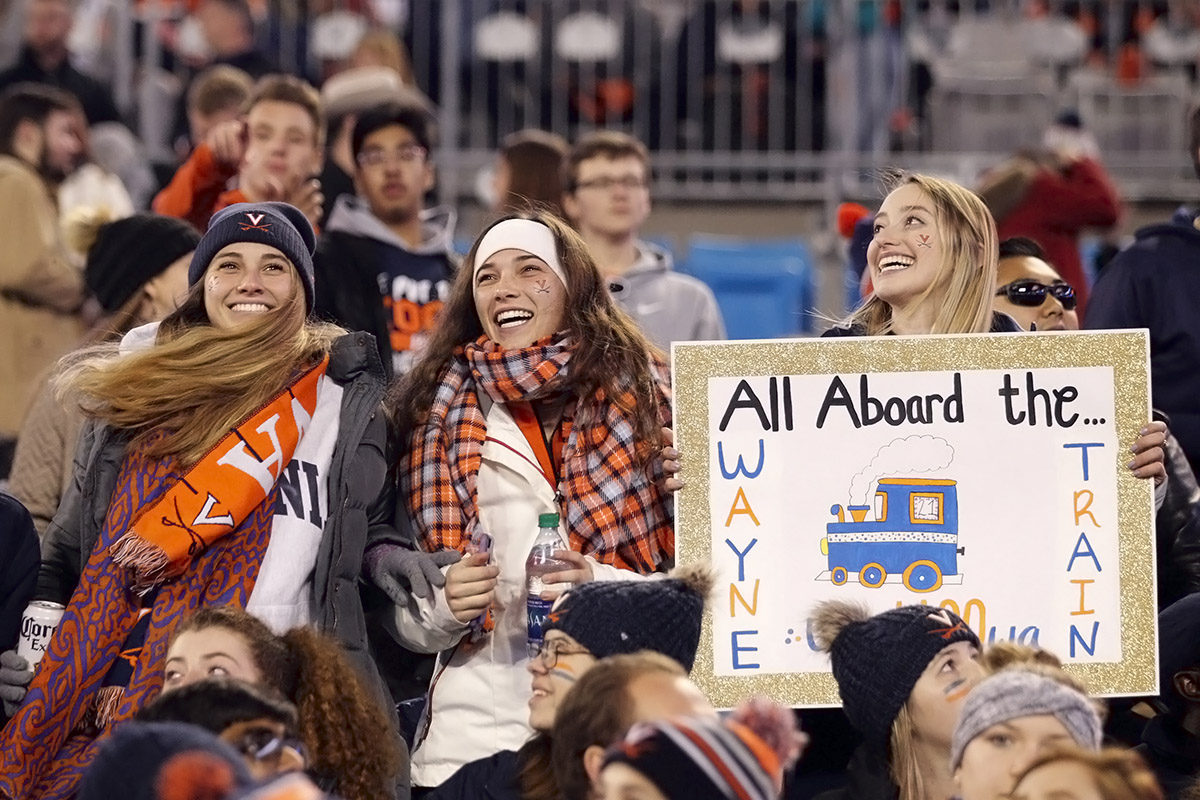 Both Hasise Dubois and Terrell Jana (pictured) joined Joe Reed with 70+ catches for the Hoos this year. 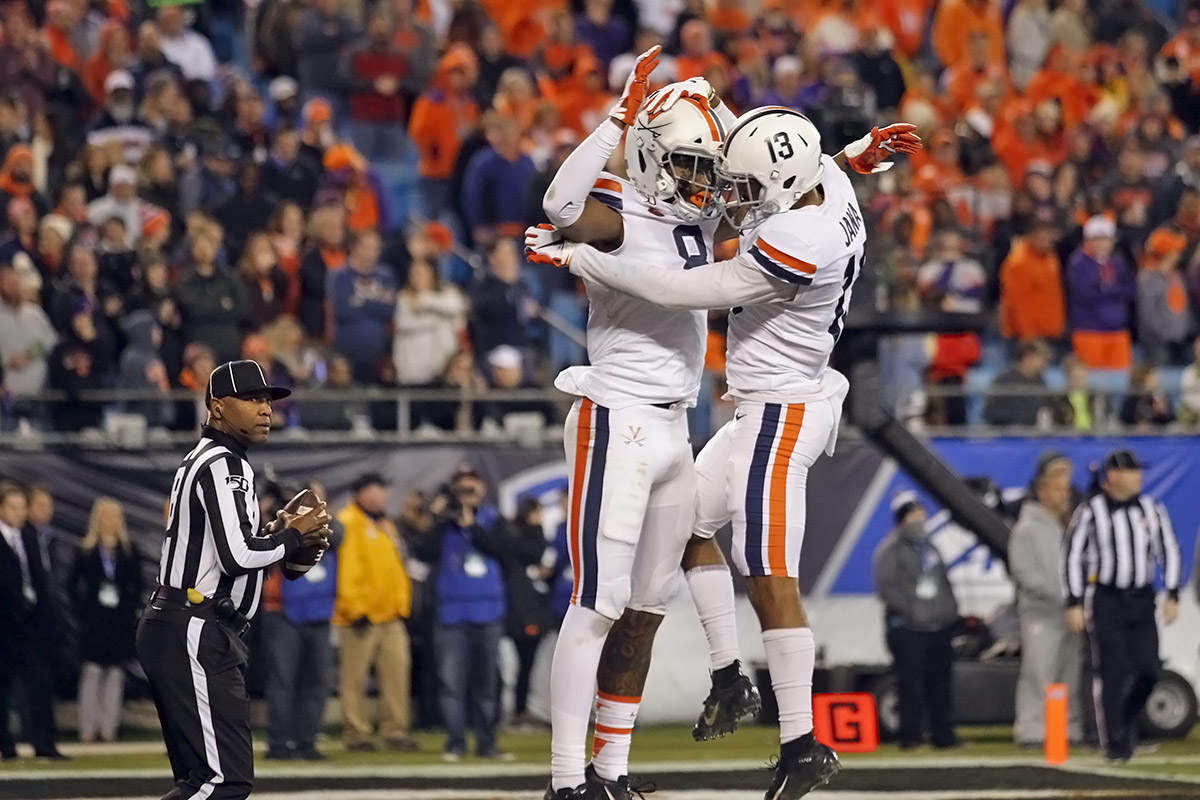