The Virginia football team put together its best season in at least a decade this season with 9-4 overall record and, of course, the first ACC Coastal Division title in program history. The Cavaliers also snapped the dreaded 15-year streak against the Hokies to end the regular season in grand fashion at Scott Stadium.

One byproduct of more success on the field again has been that fans are much more willing to talk football trends in the offseason. That includes forward-looking thoughts – How deep is the secondary? Can an offensive line expected to have all pieces returning build on its late-season momentum? Etc. – or backward-looking trips down memory lane. The latter triggered a good thread on the football board this week.

Poster Fredericksburg_Hoo provided the thread starter with a simple thought: Name your top Hoo receivers of all time. With Olamide Zaccheaus and Hasise Dubois stacking 1,000-yard receiving season on top of each other the last two years, that’s a timely and interesting topic for fans. Especially when you’ve got Joe Reed in the mix alongside those two guys the last two years. Still, the Cavaliers have had some dandy receivers in their history so getting near the top of the list is a challenge for anyone. Fredericksburg_Hoo settled on Herman Moore and Tyrone Davis at the top of the list.

Check out the thread for some other responses. It’s a fun trip down memory lane with names like Billy McMullen, Germane Crowell, and John Ford in the discussion. Feel free to add your thoughts in the comments below too.

And with that, let’s roll through the rest of Fan Friday on The Sabre!

The stand-alone ‘V’ is still a classic look! 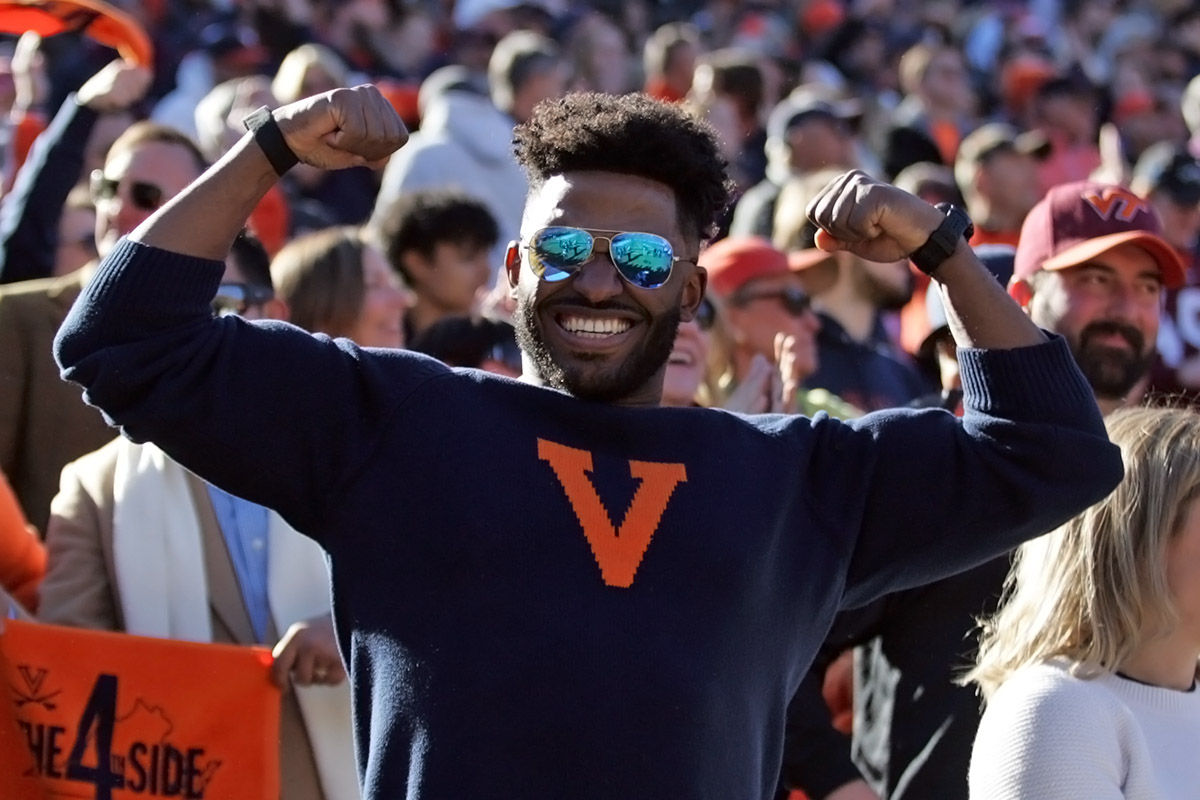 Paint your face and cheer on the Hoos. 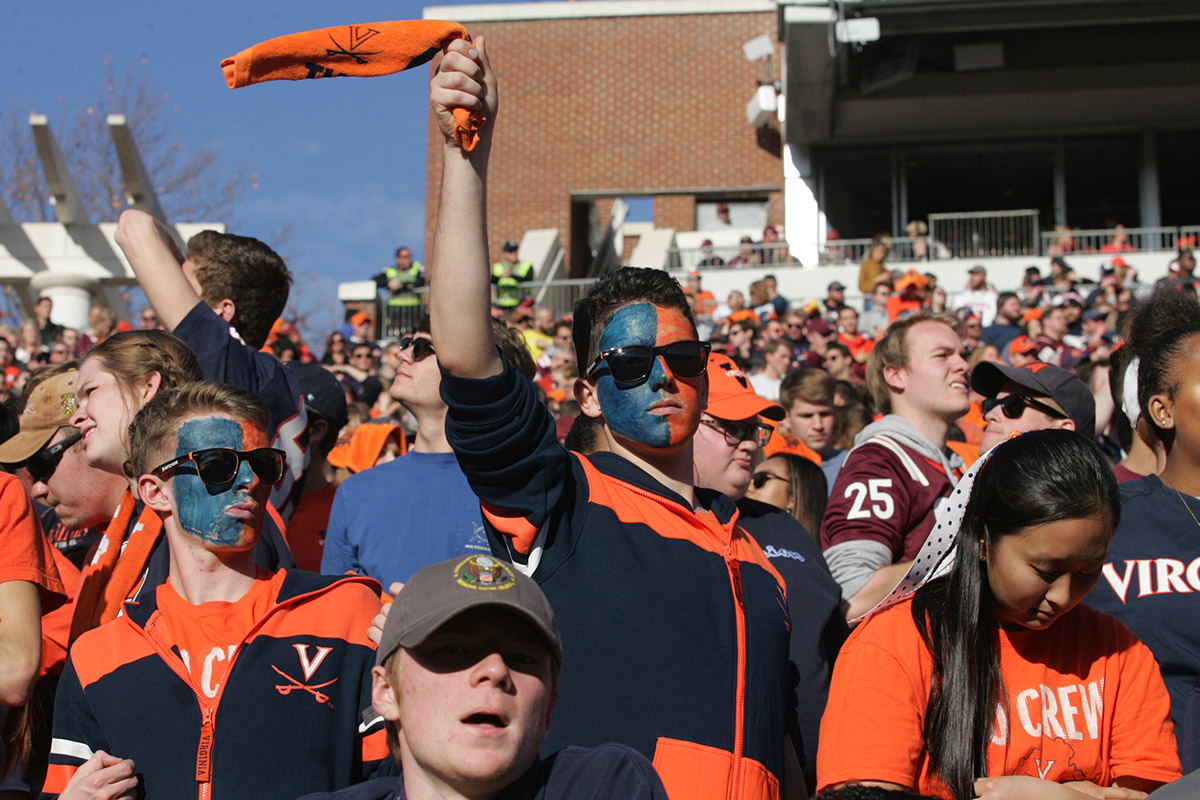 Linebacker Zane Zandier posted some strong numbers this season with 108 tackles to lead UVA plus 5 sacks and 1 interception. 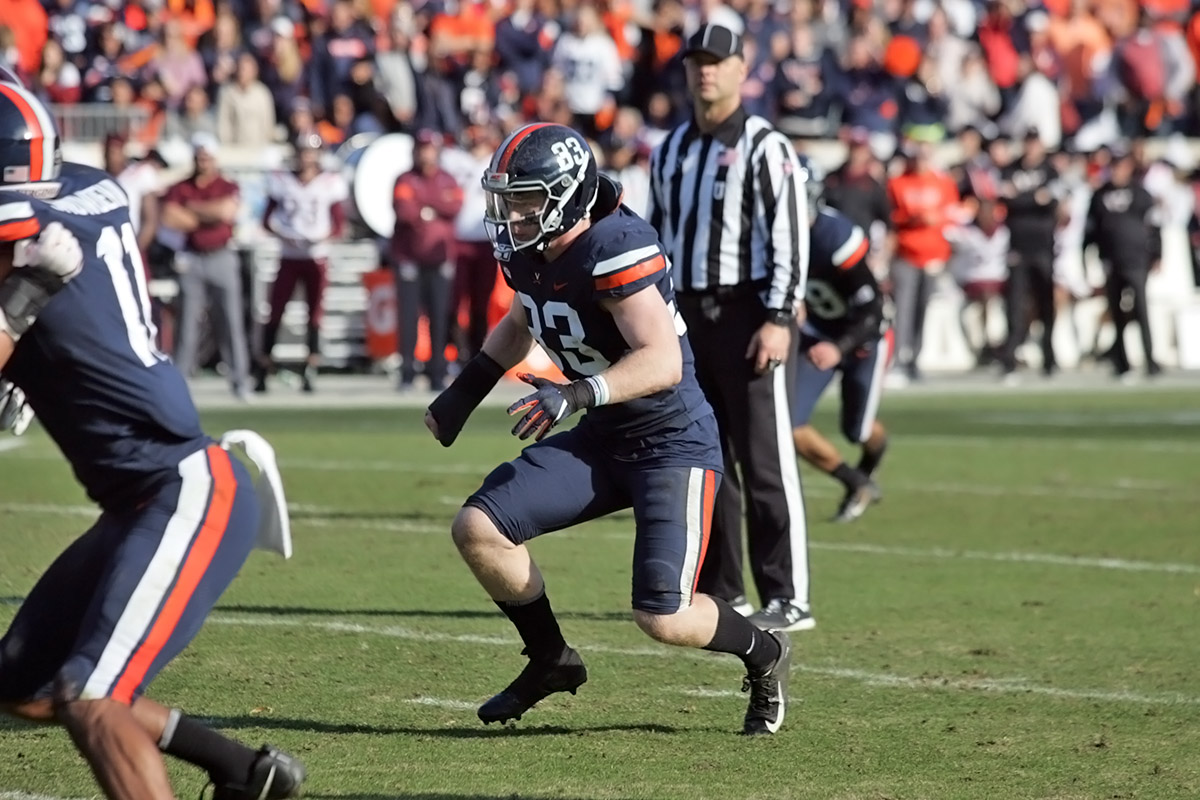 On This Date In Sabre History

Back on Jan. 17, 2010, The Sabre published an article titled “Shooting Success Helping Hoos” and it is an interesting read considering that the Virginia men’s basketball team has struggled with 3-pointers a decade later. This year’s team is currently shooting 26.5% from the newly installed distance of 22 feet, 1-3/4 inches, which ranks 347th in the country. The 2010 team was sitting at No. 7 nationally on this same day 10 years ago, but that was a dramatic improvement from the previous season. The article link is here, but here’s an excerpt:

“Virginia was young last year and I felt they would be good this year. They have good personnel and they are playing very confident as a team right now,” Miami coach Frank Haith said. “They shoot the ball incredibly – coming off screens. Sammy Zeglinski is a good player, Jeff Jones is a good player, [Mustapha] Farrakahn is a good player – all those guys are players.”

Indeed, that trio did the outside damage against the Hurricanes. Jones hit all three of his long-ball attempts and Farrakhan made both of his. Zeglinski made just 2 of 6 3-pointers in this one, an uncharacteristic night for the season; he has made 48.6% of his 3-point attempts on the season. Zeglinksi has made at least two triples for 10 consecutive games.

Those three have been the Cavaliers’ top sharpshooters on the season as well. In addition to Zeglinski’s 48.6% on the year, Jones has converted on 48.9% of his 3-pointers and Farrakhan has canned 41.7% of his attempts. In addition to those players, Sylven Landesberg has made 38.1% of his long-ball attempts and Will Sherrill has knocked down 37.5% as well.

Those numbers are an improvement for every one of those players:

As a team, the Hoos have improved from the aforementioned 31.6% in 2008-09 to 41.9% in 2009-2010. The Cavaliers currently rank 7th nationally – yes nationally – in 3-point field goal percentage. Last season’s number ranked 242nd. Keep in mind, this is from virtually the same group of players and from a program that has hovered in the mid-30s for the entire decade.