The first Friday of March Madness was supposed to be today, but the ongoing coronavirus outbreak led to wide-spread cancellations in the sports world that included the 2020 NCAA Tournament. That means that this year’s UVA team wasn’t able to follow up on last year’s National Championship run and that Cavalier fans were spun into immediate hoops withdrawal.

As a result, many fans on TheSabre.com have turned to the 2019 NCAA Tournament to relive the magical march to the program’s first ever National Championship. The run started on the first Friday of the tournament last year when the Hoos faced Gardner-Webb in Columbia, S.C. Virginia won that game, 71-56.

Ho hum, just another first round win … well, no. Not at all.

That was the day UVA tested fan sanity and its own resolve. This wasn’t just an ordinary first round game after all. This was the first NCAA Tournament game for the Cavaliers since they lost in history-making fashion to UMBC. That left Virginia as the only No. 1 seed to lose to a No. 16 seed in the tourney. Fast forward to last year’s afternoon tilt. Here are the Hoos once again as No. 1 seed, facing No. 16 seed G-W just a short drive from its campus.

The Bulldogs came out swinging. Four layups for their first four baskets and an early lead. Two 3-pointers sandwiched around another layup for a double-digit advantage at 20-10. With confidence flowing, jumper after jumper went down and suddenly Gardner-Webb led by 14 points at 30-16. The Bulldogs in attendance were howling, social media lit up, and the March Madness watching world suddenly turned its attention fully to the Cavaliers once again.

Virginia, of course, settled down and took over for the final 26:30 of the game. The team responded with a 28-8 surge in roughly 11 minutes of game action that connected the halves. Another 11-minute barrage followed as UVA outscored G-W 27-9 to dominate the second half and lead 71-50 until a couple of meaningless 3-pointers dressed up the final score in the final minute.

Still, for 14 very real, very agonizing minutes, almost anyone associated with Virginia basketball in any way basically stared into the abyss of NCAA Tournament infamy. Fans on The Sabre shared some of their thoughts about that games this week while rewatching some of last year’s tournament. A few select posts from the G-W memory bank are below. 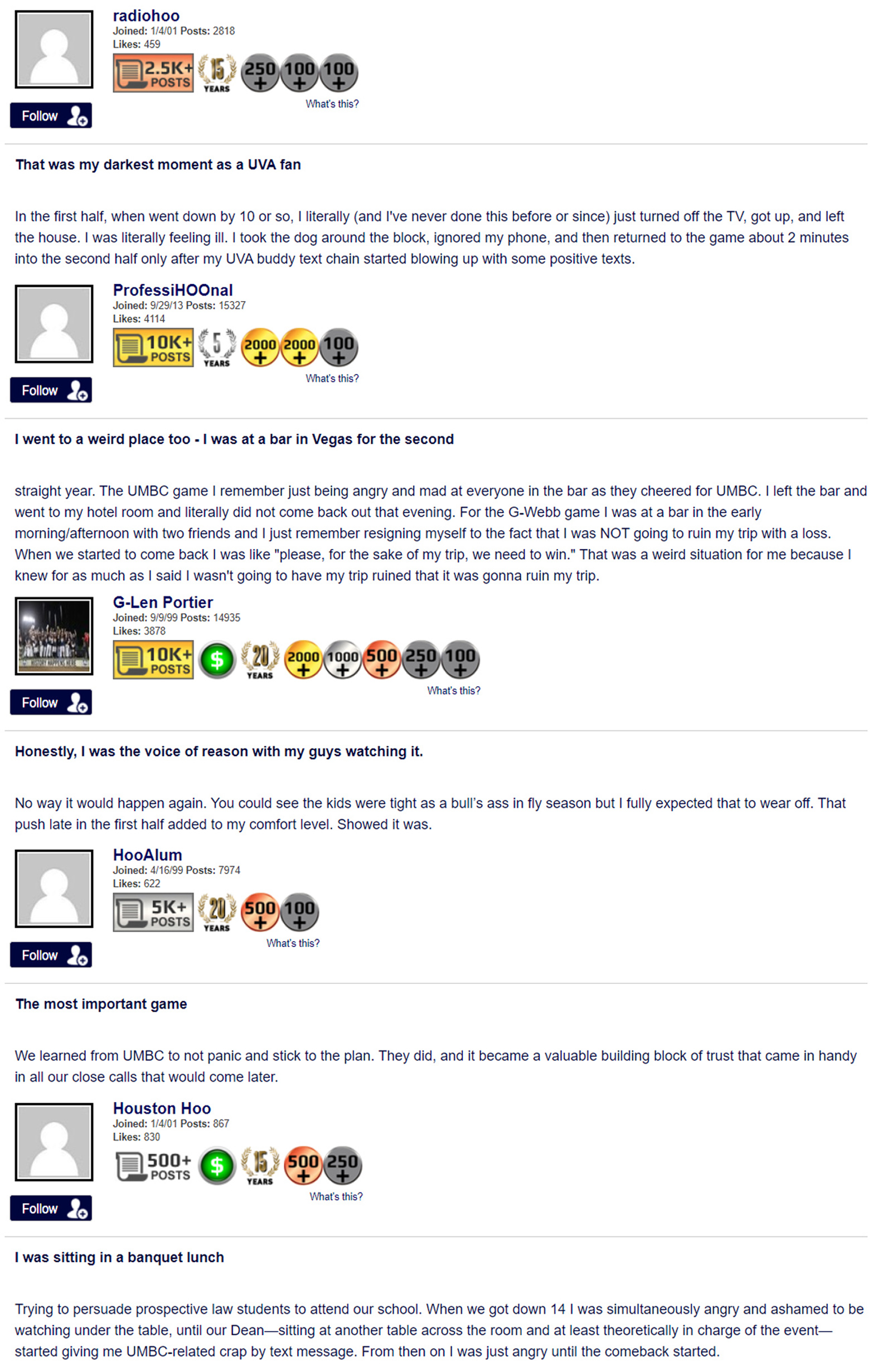 And with that, here’s the rest of TheSabre.com’s Fan Friday!

Fans will saddle up and ride with the Hoos any day! 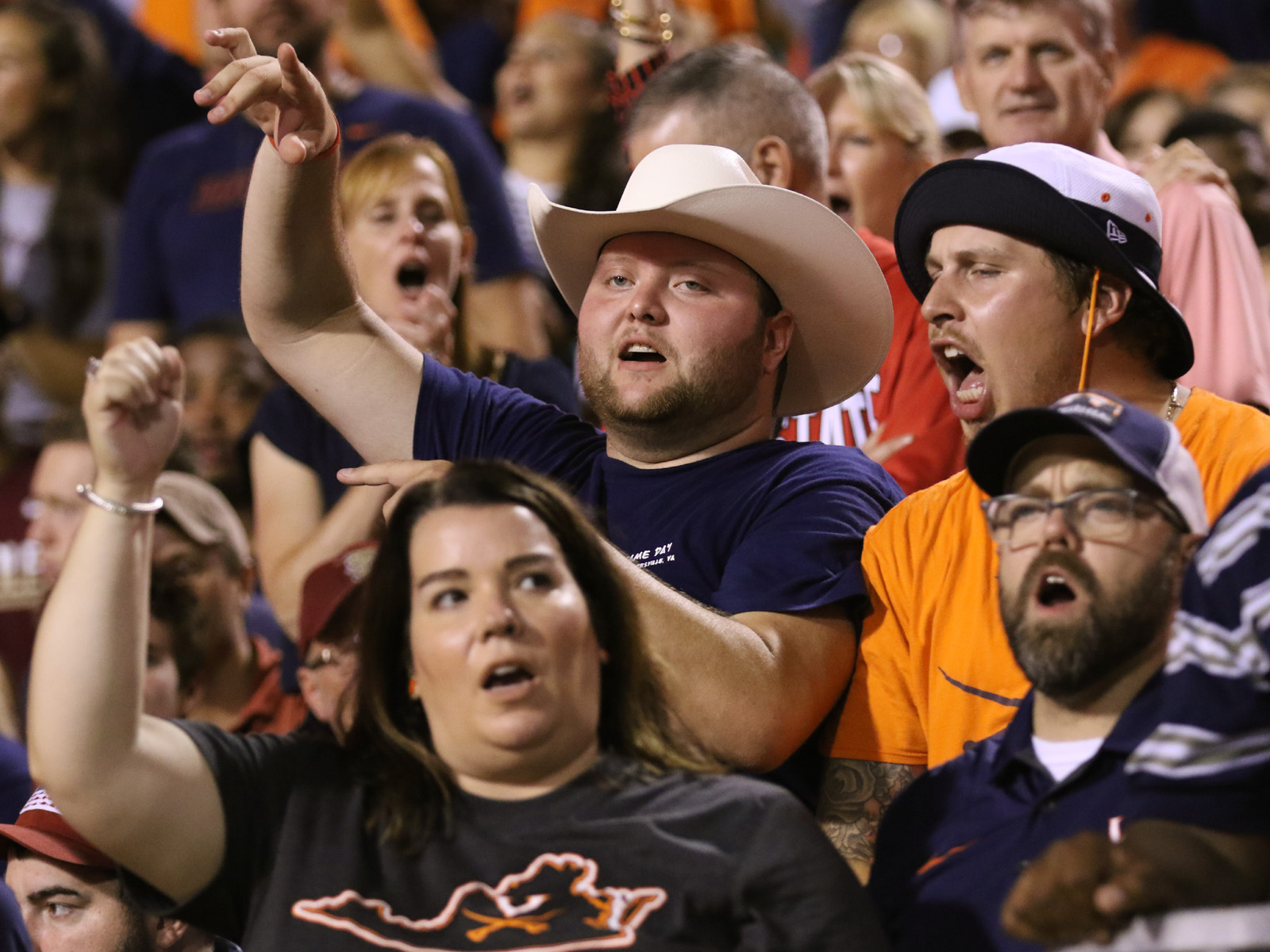 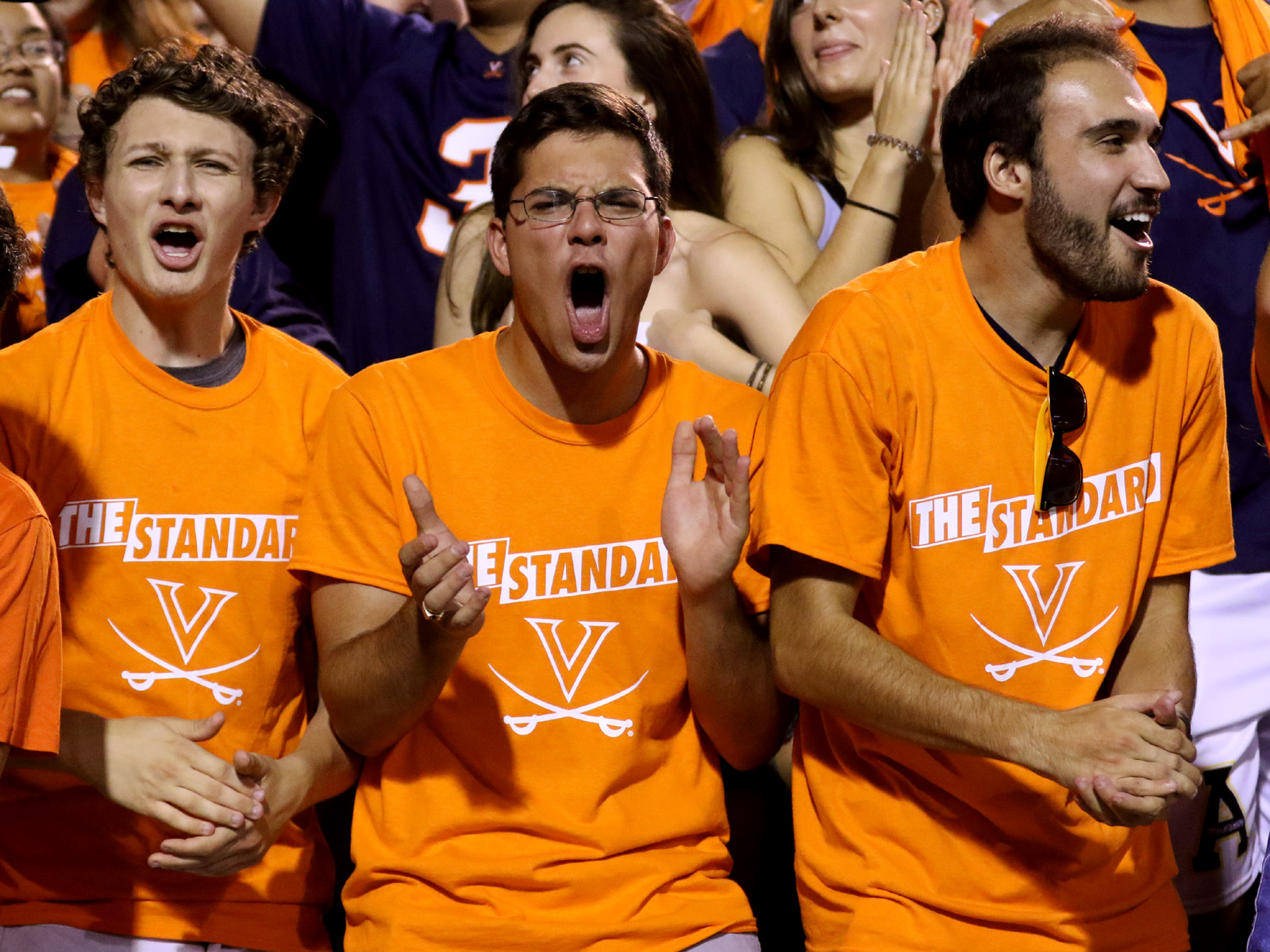 The Virginia football team’s spring practice has been cancelled so the coaches are figuring out how to run the program remotely, Bronco Mendenhall said this week. 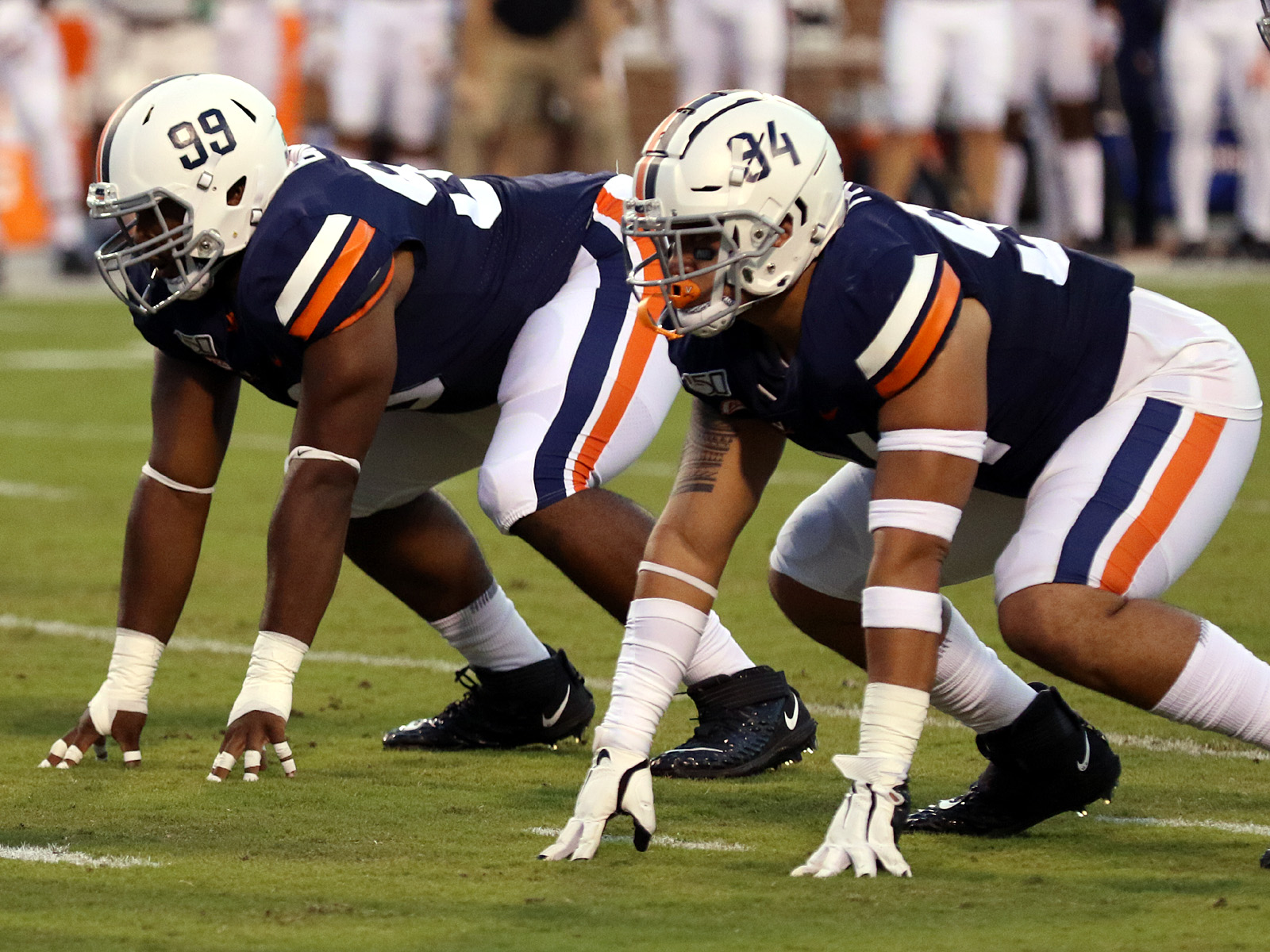