With the anniversary weekend of the Virginia basketball program’s 2019 National Championship on the calendar, fans remain in basketball mode in these days without sports. From looking back at the title run to discussing what this year’s team could have done in the tourney to dreaming what next year’s team might look like, Hoos are talking about hoops.

This week’s Fan Friday article pulled out a post about next year’s chances as an interesting thread from this past week. Poster WahooRAH drilled down to 3-point shooting as a possible hot spot for the Cavaliers next year even though this year’s numbers landed as the lowest in the Tony Bennett era. That led to some light discussion on the 3-point shooting prospects. You can read a couple of selected posts below and join the thread here. 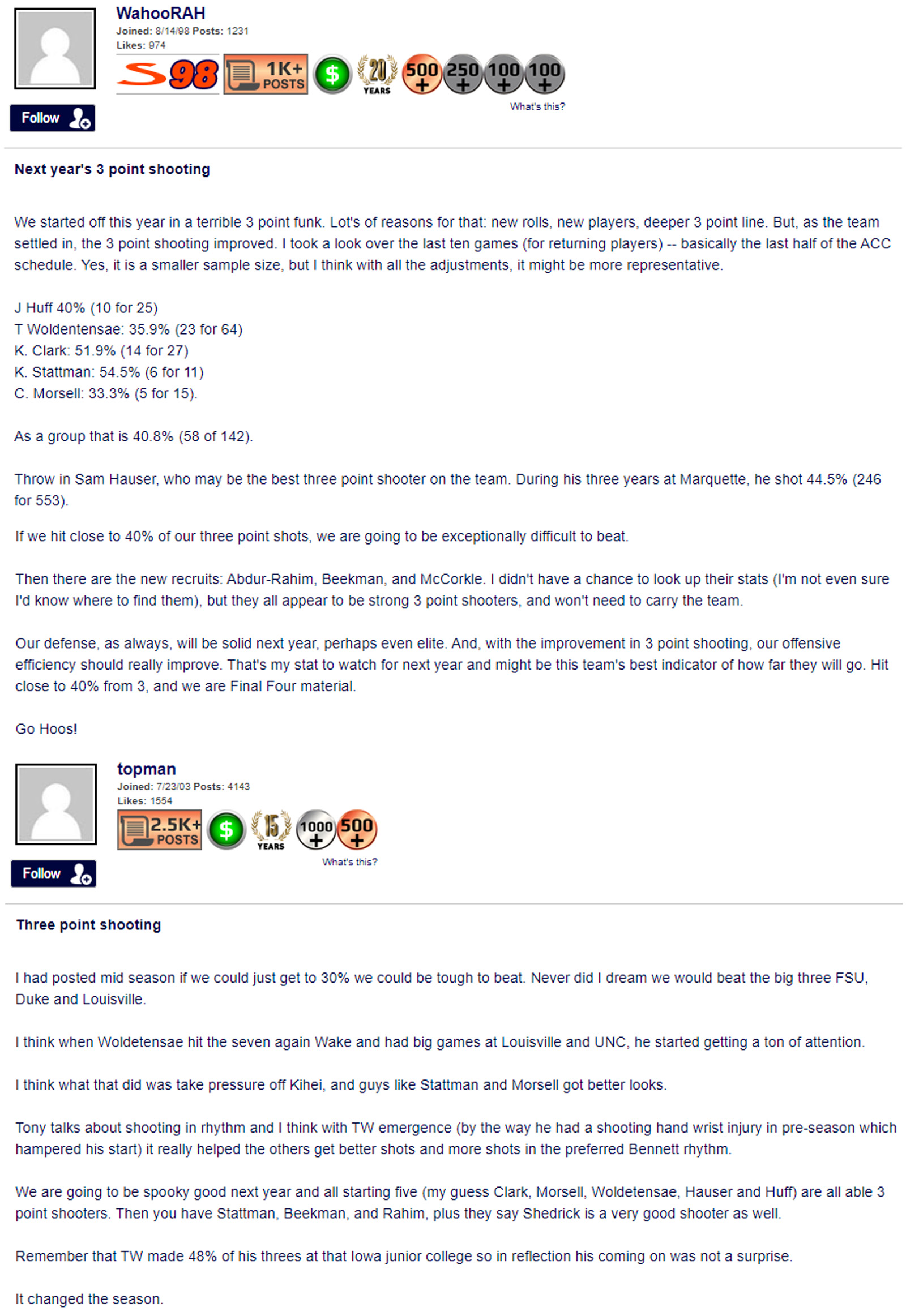 Of note, both selected posts mention transfer Sam Hauser, who sat out this past year at Virginia under NCAA rules. Another post in the thread from poster Blah noted that Hauser “might be the best shooter in the ACC next year.” Virginia’s Jay Huff might agree with that as he told reporters Thursday that Hauser had flashed that shooting ability a lot in practice this past year.

“I don’t think it would be putting too much pressure on him to say that he’s going to do really well,” Huff said. “I mean, the dude can flat out shoot. He hardly ever misses in practice and it’s really annoying – luckily I rarely guard him. When he’s playing against us, it’s annoying. When he’s playing on my team in the scrimmage, it’s great. He’s definitely a guy you want to have on your team. I think he’s going to do great things for us.”

That matches up with what Mamadi Diakite and Braxton Key told reporters earlier as well. Diakite called him a “force” and “very skilled,” while Key echoed Huff in saying that “some days he wouldn’t miss.”

That’s definitely something for fans to look forward too with the next edition of the Hoos. With that buoying folks for now, let’s dive into the rest of TheSabre.com’s Fan Friday feature. 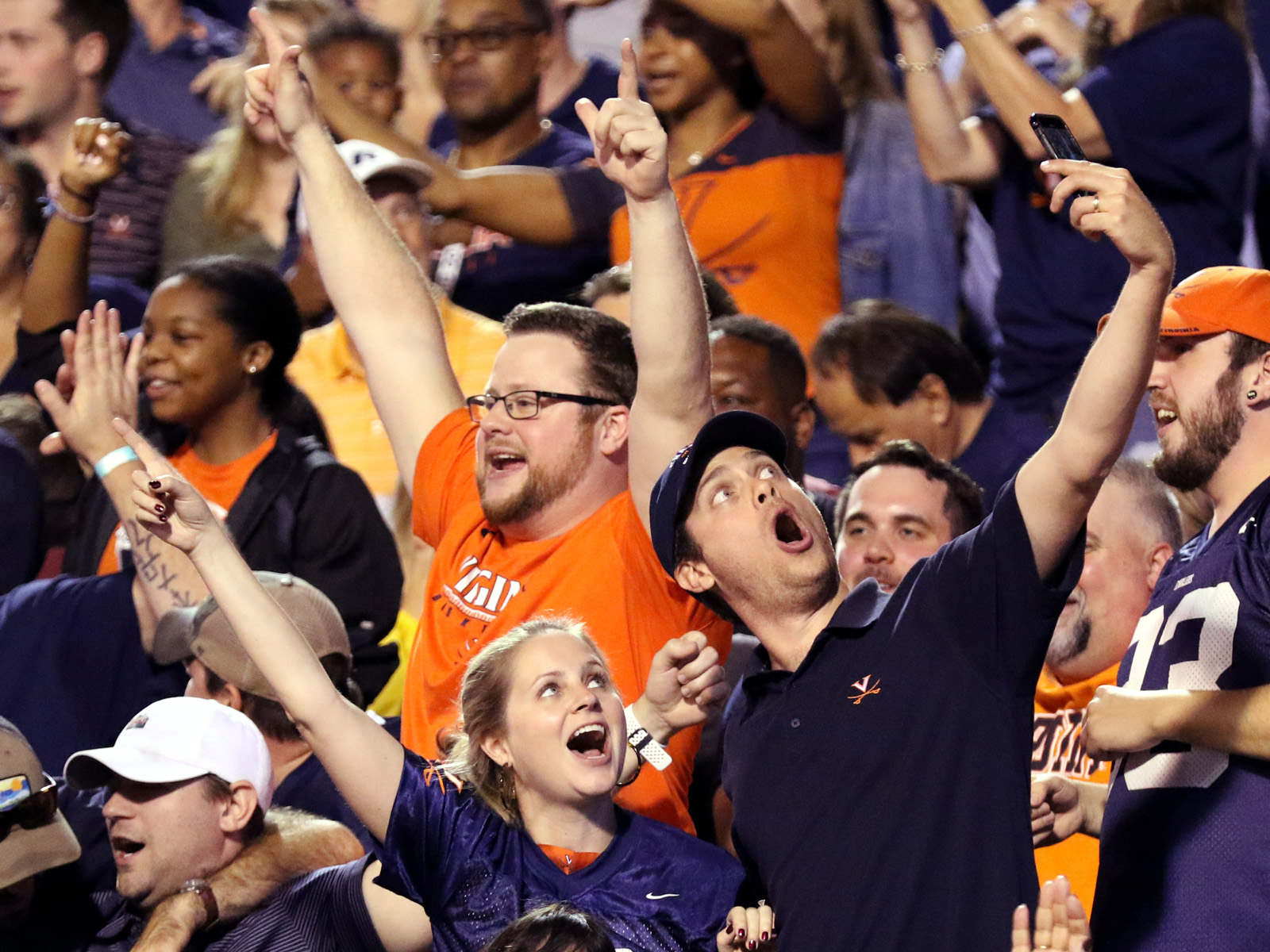 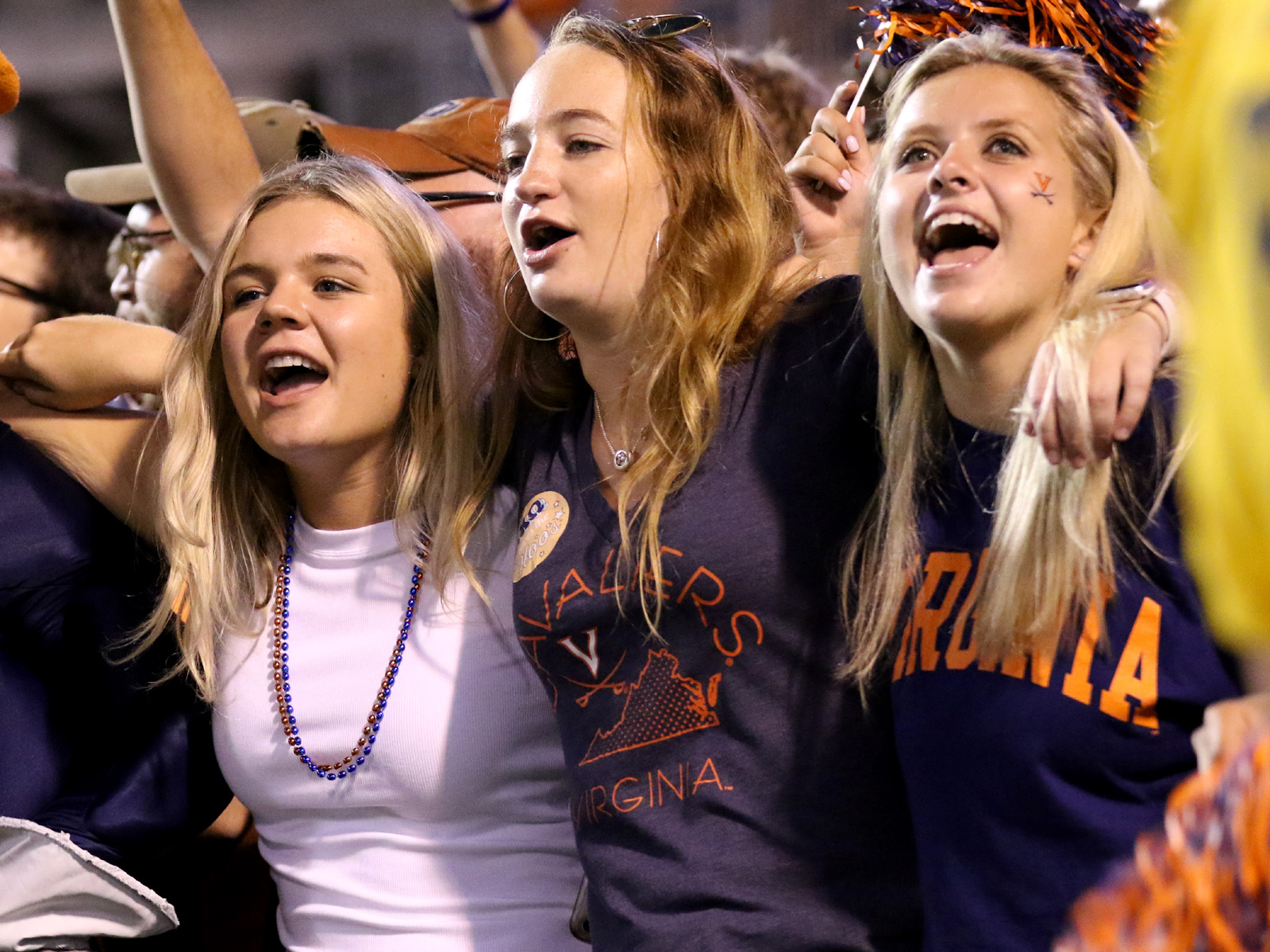 It’s the anniversary weekend for the Hoos’ National Championship. Mood! 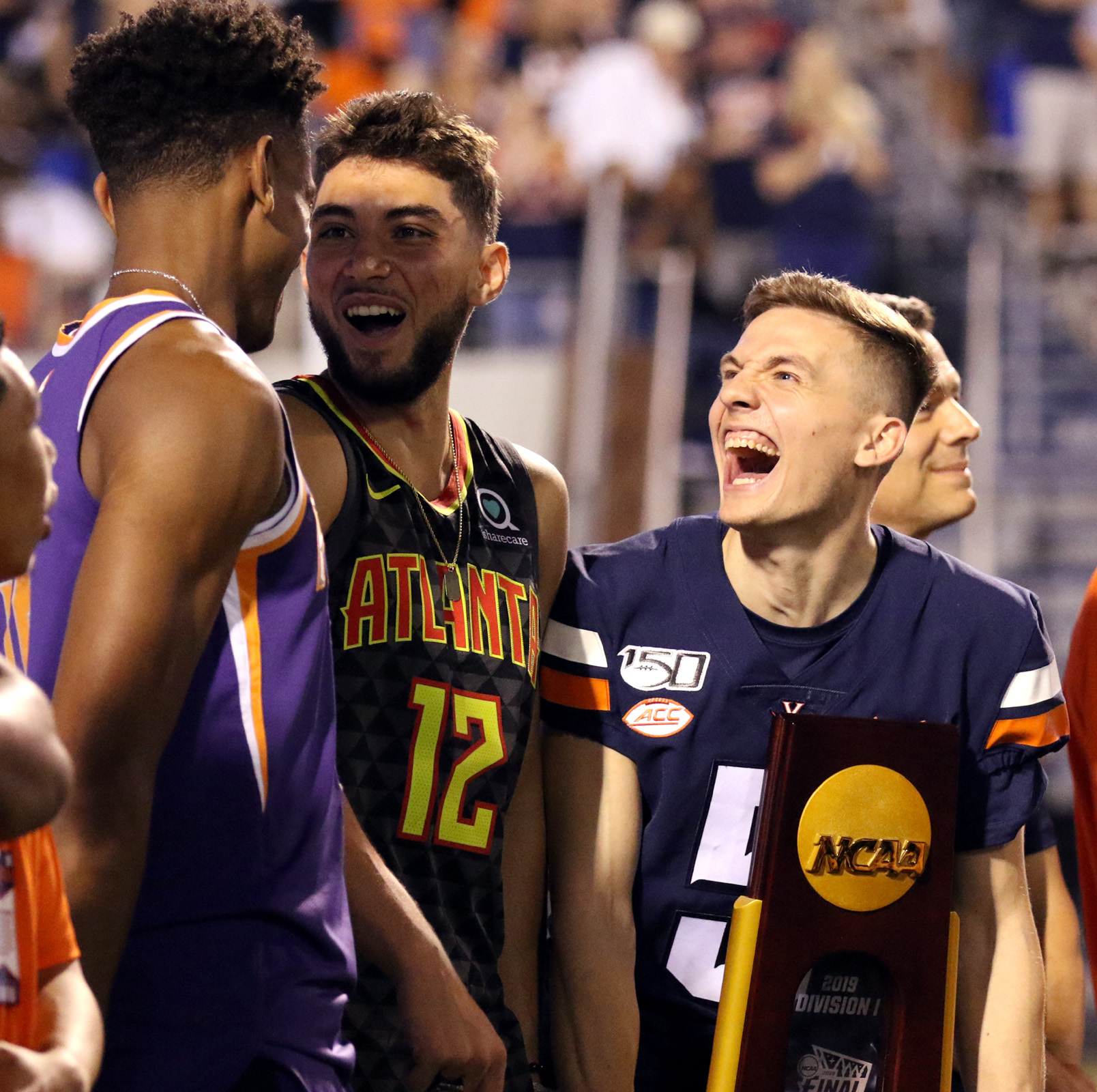