For Virginia fans expecting another mostly quiet Friday during the sports free days of the coronavirus pandemic, a mid-day announcement from broke the silence. UVA announced a new athletics brand identity with a revamped V-Sabre logo, a pair of secondary logos, and secondary colors included.

The official release page can be found here – make sure you read there and watch the embedded video below for some of the official department thoughts on the rebranding effort. A quick glance at the logos and video are here:

And with that, opinions started flying. While the reactions have been mixed, there’s been a strong initial tilt against the new brand identity. We’ve pulled a compilation of message board posts below, but these are just a small sampling of what’s been an ongoing wave of commentary on the boards so make sure you click over there to join the conversations. You can also see some other thoughts in this “Saturdays Down South” article with some Twitter replies embedded as well.

First, here are some message board posts that outline why some fans think the new brand misses the mark because it misses UVA’s identity as a whole. 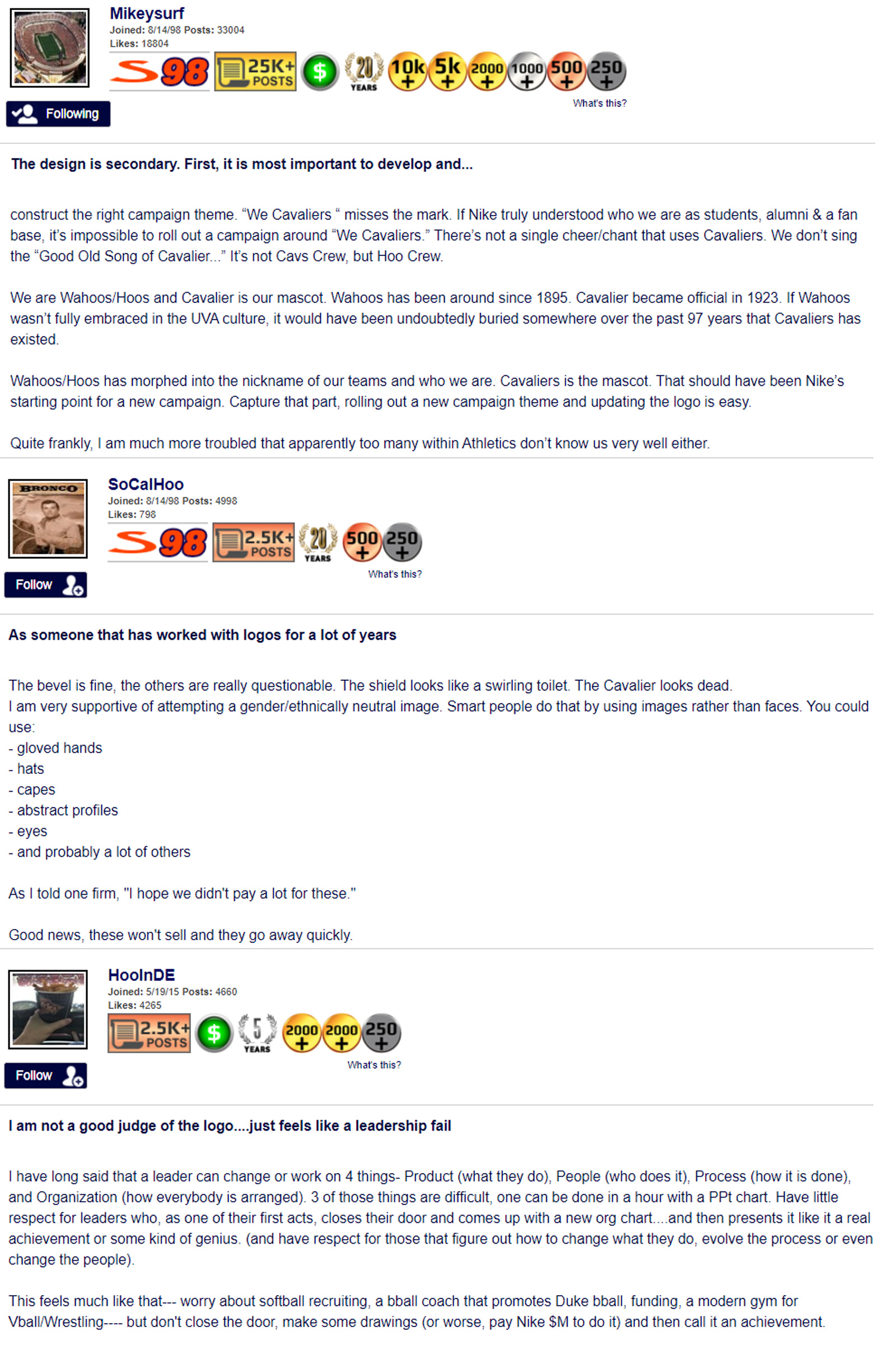 Here are some longer posts diving more into the details of the new logos, new fonts, new numbers, and more. 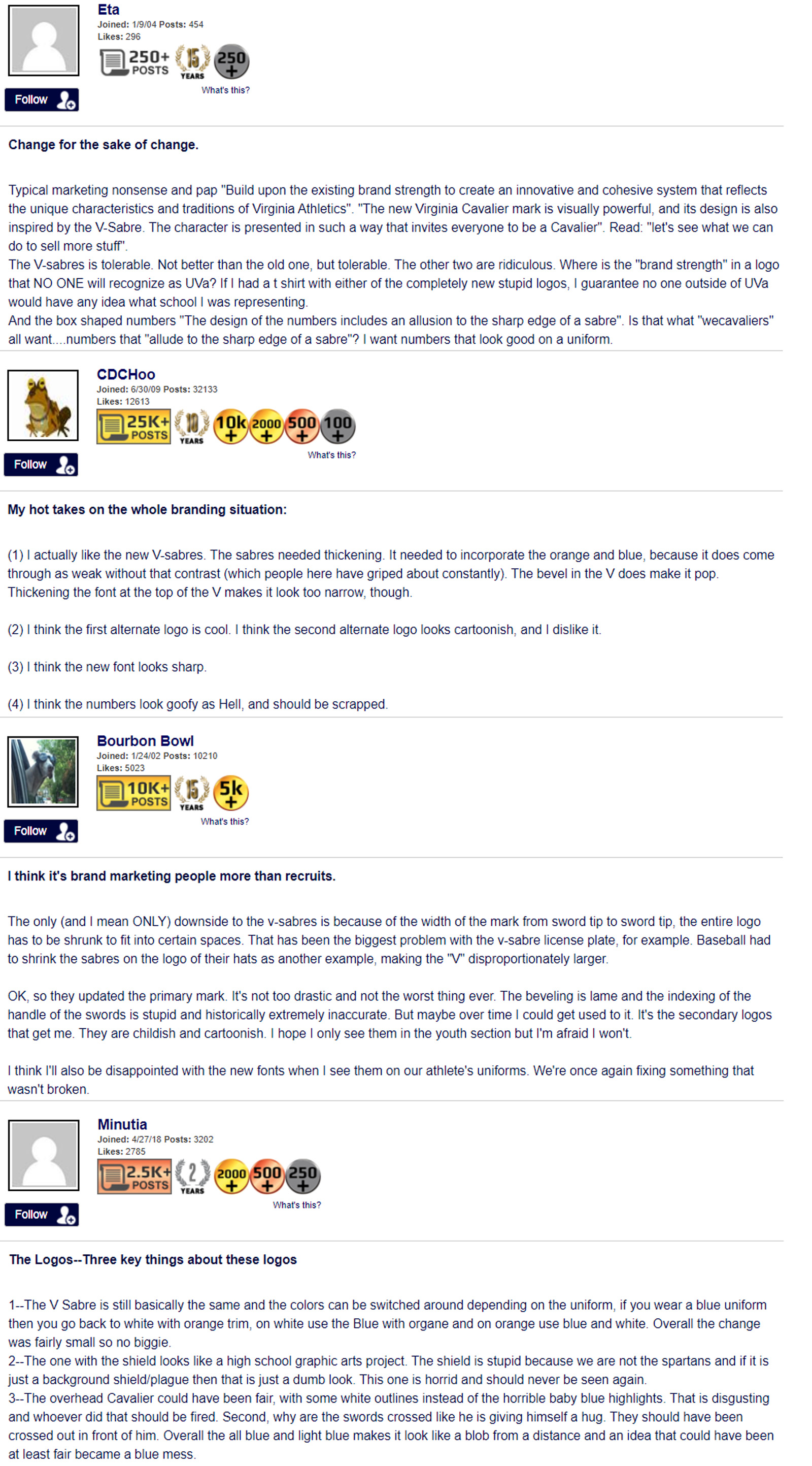 And here are some shorter posts with thoughts on the whole thing, including both some who like some of the elements and some who don’t.

Plus, a couple that note the secondary blue looks too familiar (something Nike’s Todd Van Horne might say isn’t surprising since he was once quoted here as saying “People see that blue and they can’t think about anything but Carolina.”) or maybe too jocular, a nod to former Virginia President John Casteen’s remarks about VT at one time. 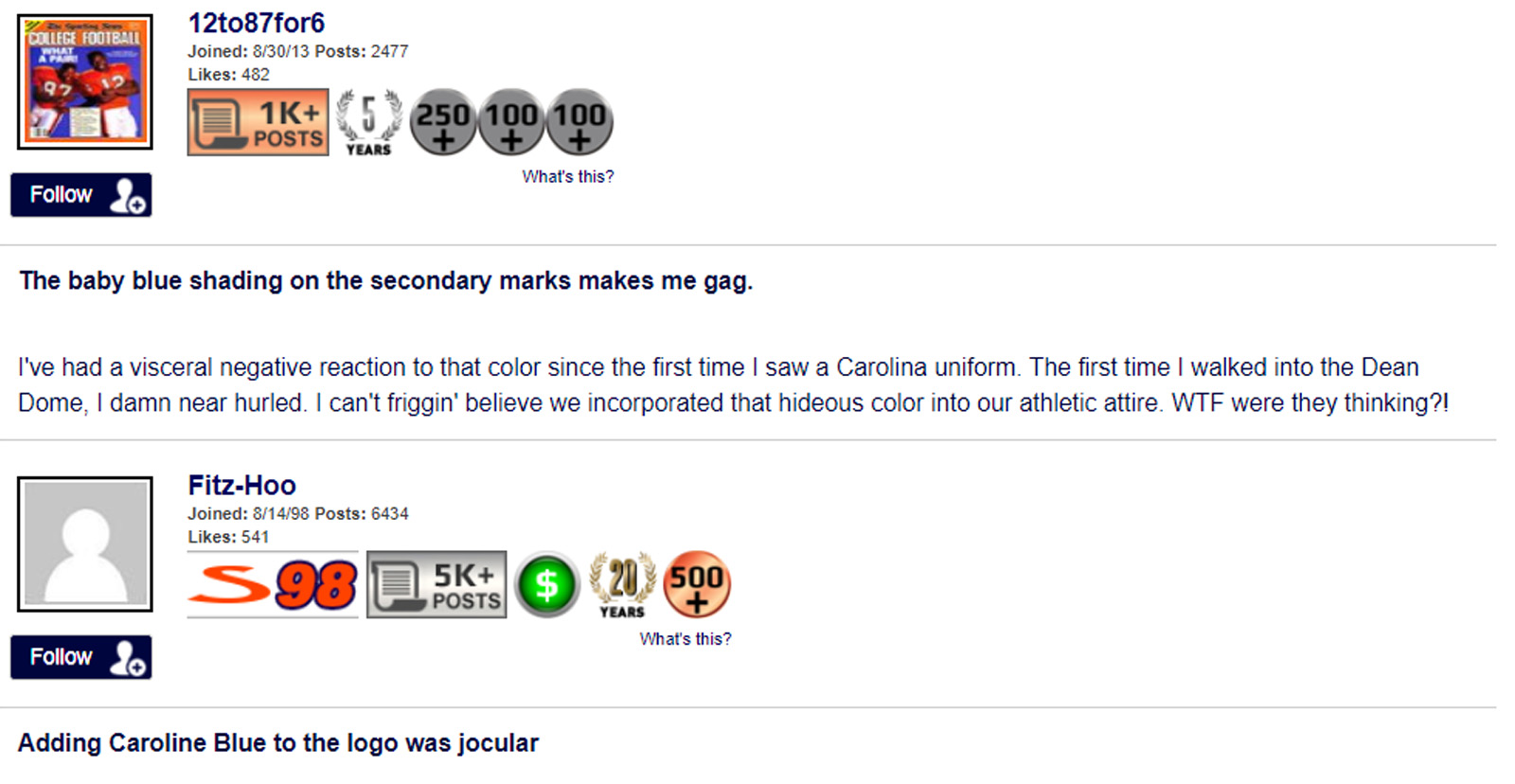 Looking for just general reactions to the new brand identity reveal? Two threads with quick polls going can be found here and here. Or you can click our poll next.

Stay tuned to the boards and site for more on the new brand identity. With that, let’s dive into the rest of TheSabre.com’s Fan Friday with a logo and CavMan theme. Why not, right!?! 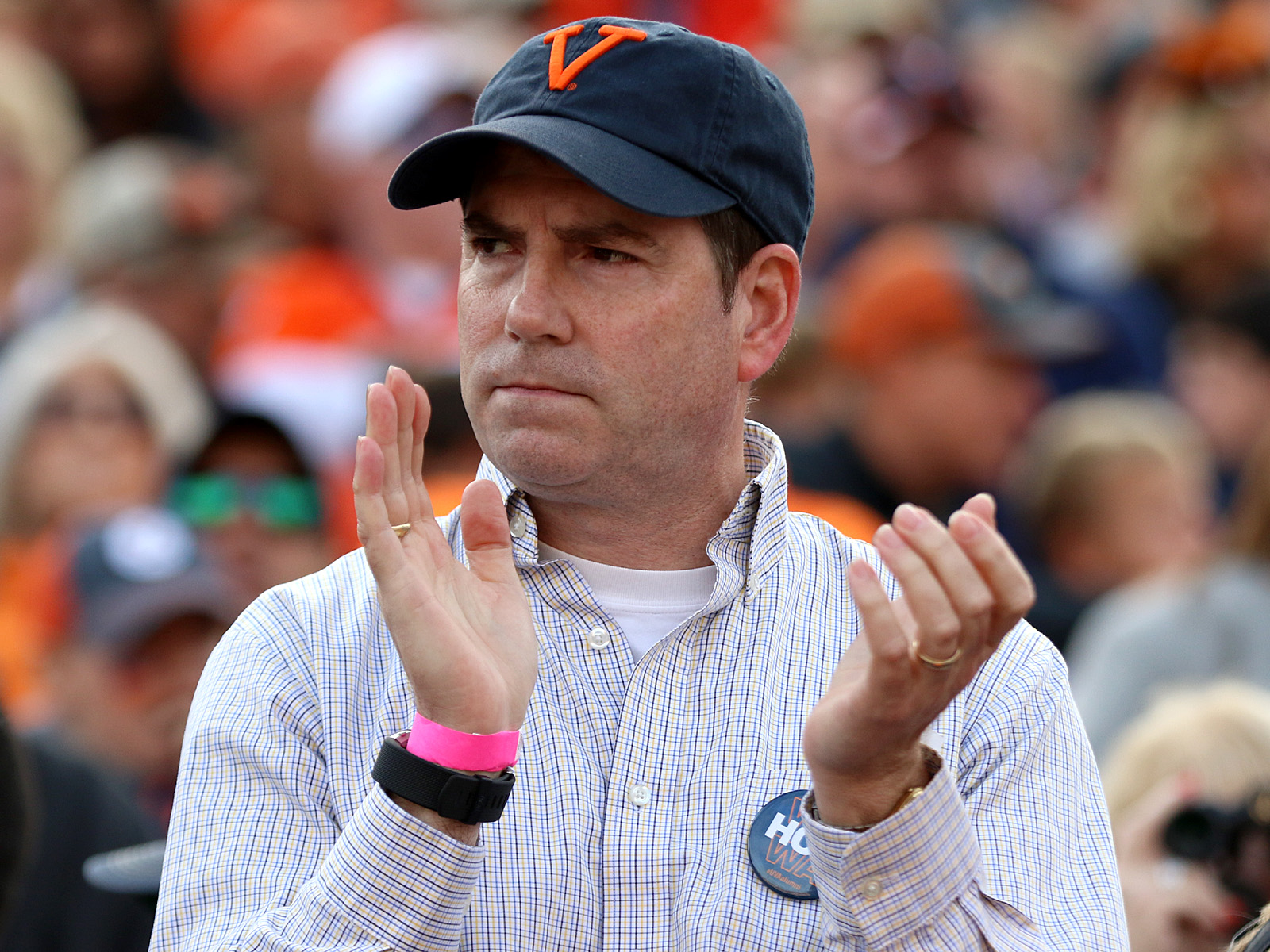 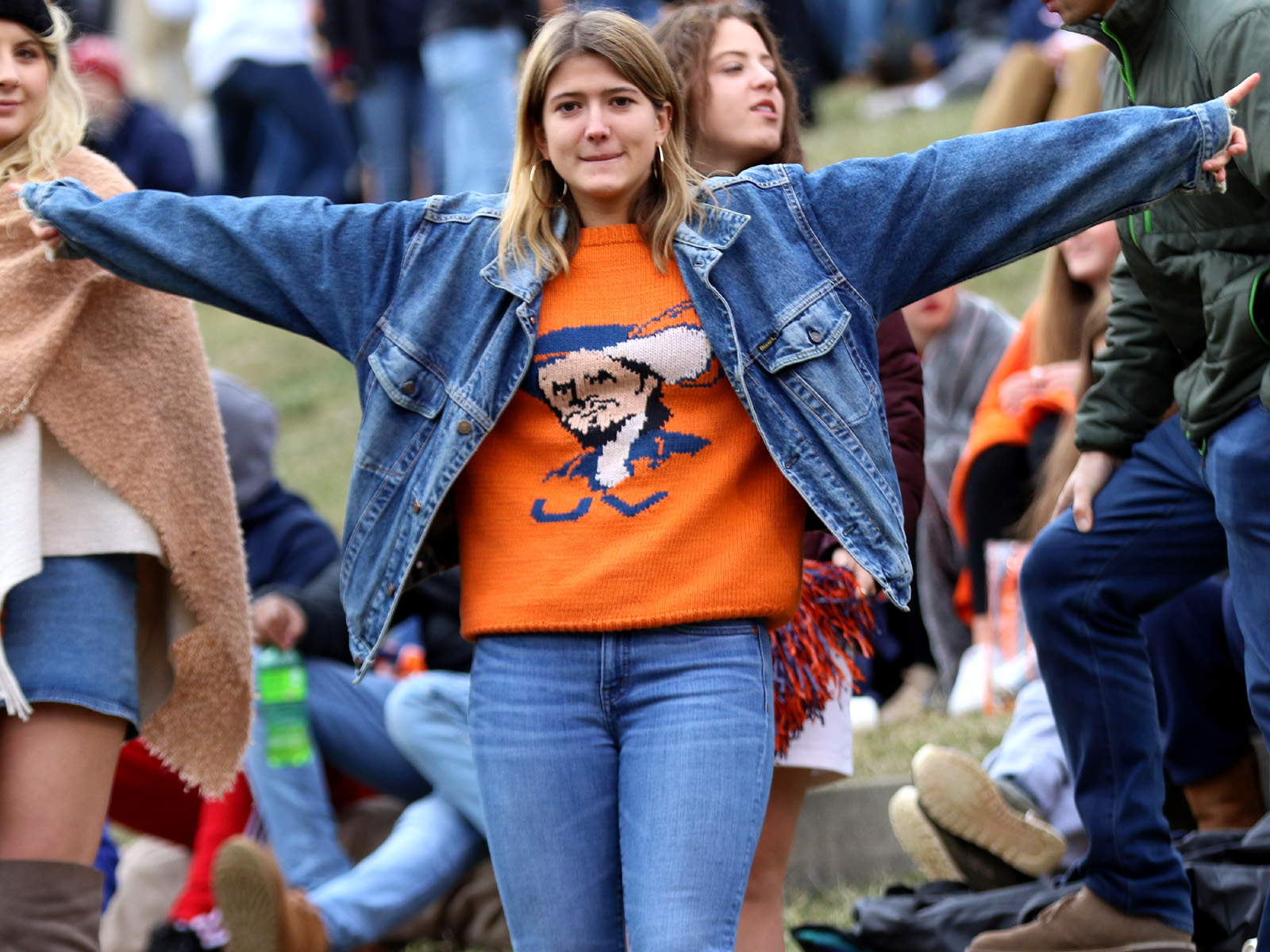 The real life CavMan leads the Hoos on to the field on his real horse Sabre. 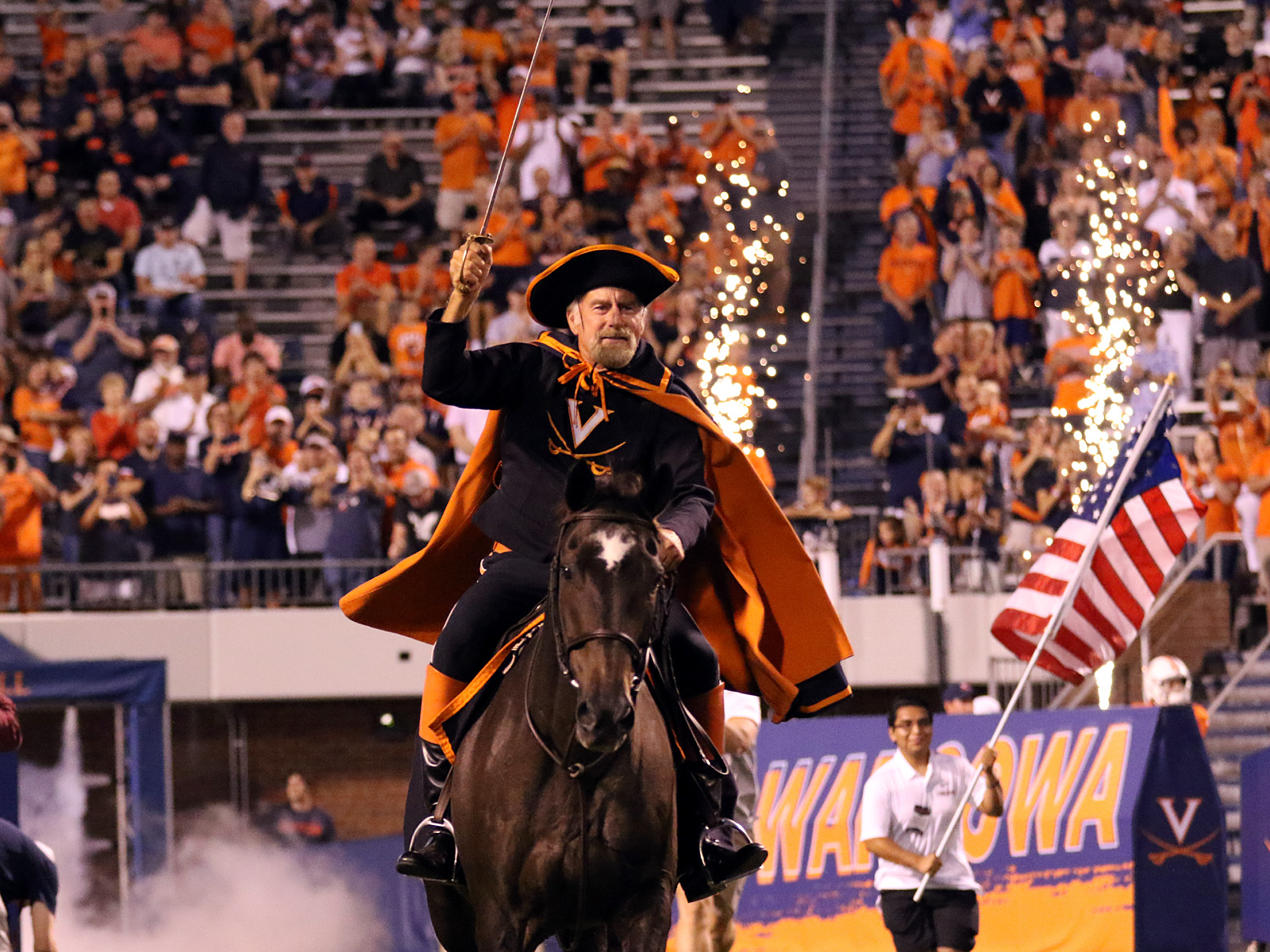