Tight end Jelani Woods transferred into the Virginia football program for only one year, but that was more than enough time to win over fans. Now he’s winning over a new set of fans – NFL Combine viewers and decision makers.

How do you gain new fans ahead of the NFL Draft? Light up the combine.

Woods took full advantage of his opportunity in Indianapolis. He scorched the 40-yard dash with a time of 4.61, the second fastest time ever by any player taller than 6’7”. On the bench press, he tallied 24 reps to post the most of any player on Thursday. Both can be seen in the following videos along with his turn in the gauntlet receiving drill.

Jelani Woods led all TEs in the bench press with 24 reps.

Now he just ran a 4.61u. Keep your eyes peeled for this @UVAFootball TE.

Performances like that turn heads, send eyeballs back to scour your game tape, and quickly change your projections for the NFL Draft in April. Woods’ day at the NFL Combine already started to create some buzz. This CBS Sports article listed him as a tight end winner and said “don’t be surprised if he goes before the start of the fourth round.” These SB Nation articles here and here said “his stock is on the rise.” This ProFootballNetwork.com article said “Woods has tools worth investing in.”

The combine performance built on a strong showing at the East-West Shrine Bowl where he caught a touchdown pass. That came on the heels of preparation practices where he consistently drew the attention of observers. TheDraftNetwork.com, for example, said in this article that “the one guy from that tight end group in Vegas who stood out most – both with his skills and physical stature – was Virginia graduate transfer Jelani Woods.”

No one raised their stock more this week at #ShrineBowl then @UVAFootball TE Jelani Woods. Excellent route here with soft hands to catch this touchdown.

The postseason showing followed a strong year at UVA too. Woods finished with 44 receptions for 598 yards and 8 touchdowns in his lone season with the Hoos. He averaged 13.6 yards per catch, caught 2 passes or more in every game, and scored a touchdown in all but two games this past season. He earned first-team All-ACC recognition.

The ACC Digital Network highlights can be seen here:

The buzz has picked up on The Sabre too. Fans have thought that some NFL team might be getting a steal with Woods in the upcoming draft so they are excited to see the growing interest through the Shrine Bowl and the NFL Combine. Threads about Woods can be found here, here, and here.

With that, let’s look at the rest of the Fan Friday feature.

Dancing and watching the Wahoos. 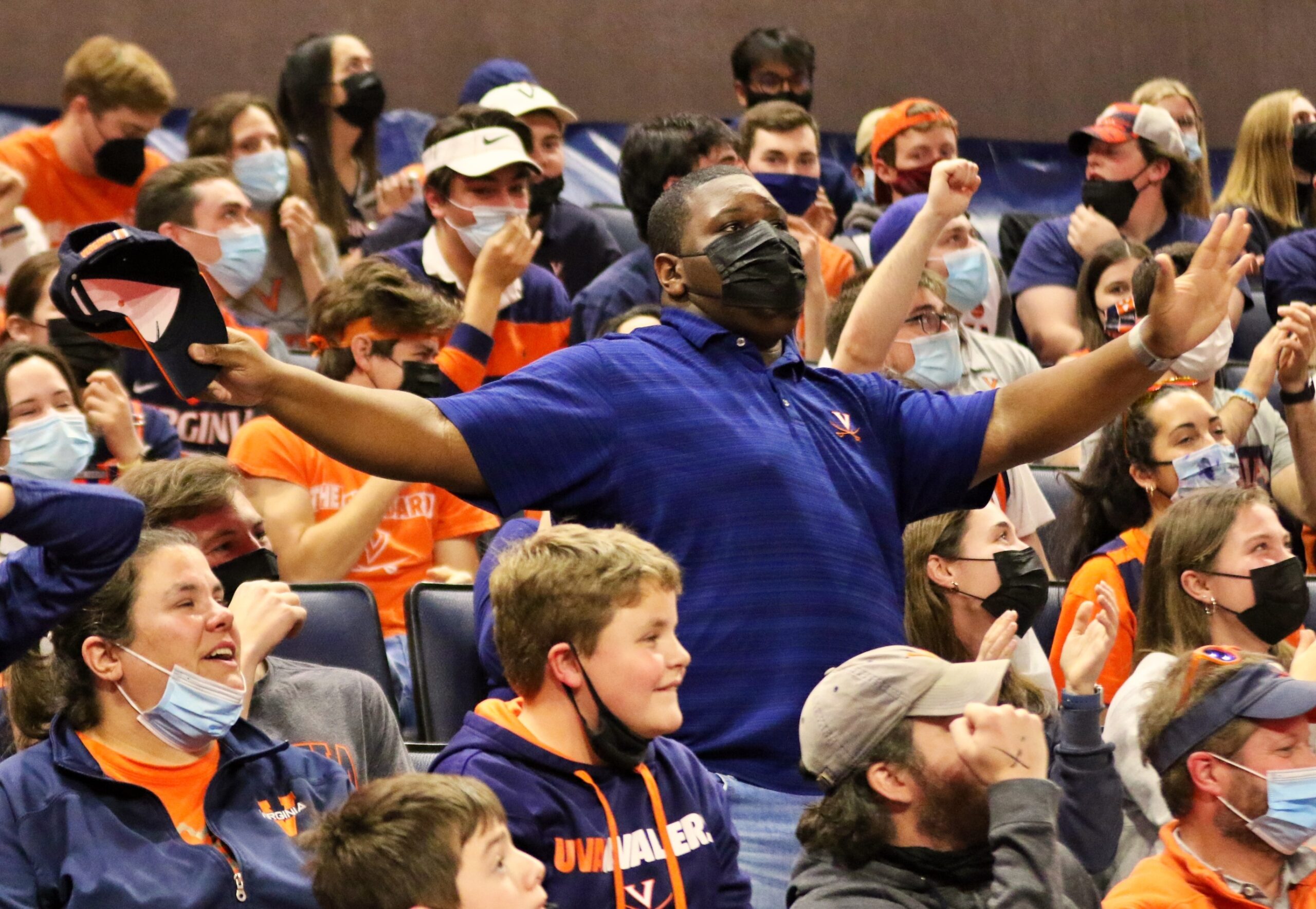 Students brought signs and the noise to JPJ. 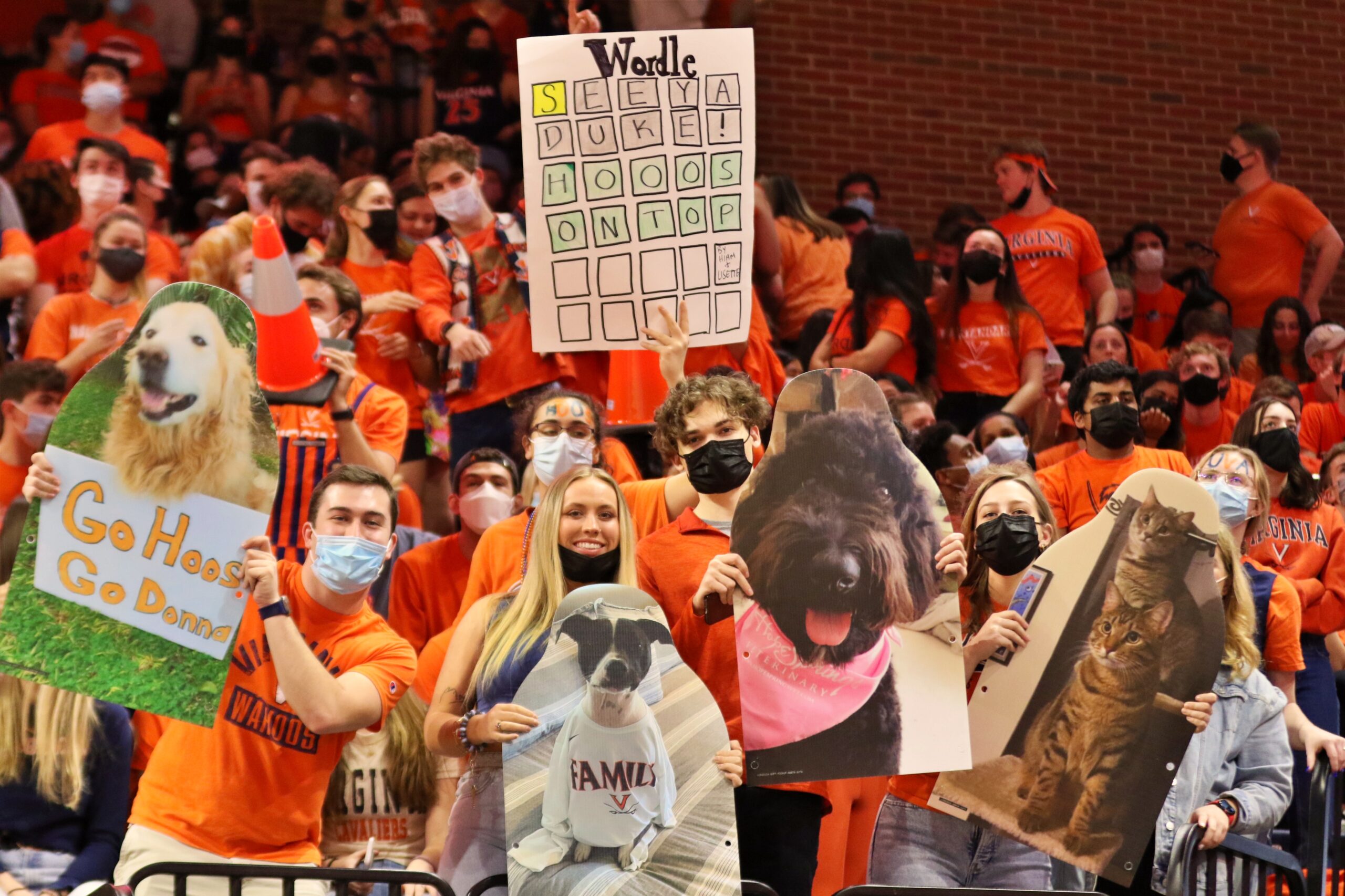 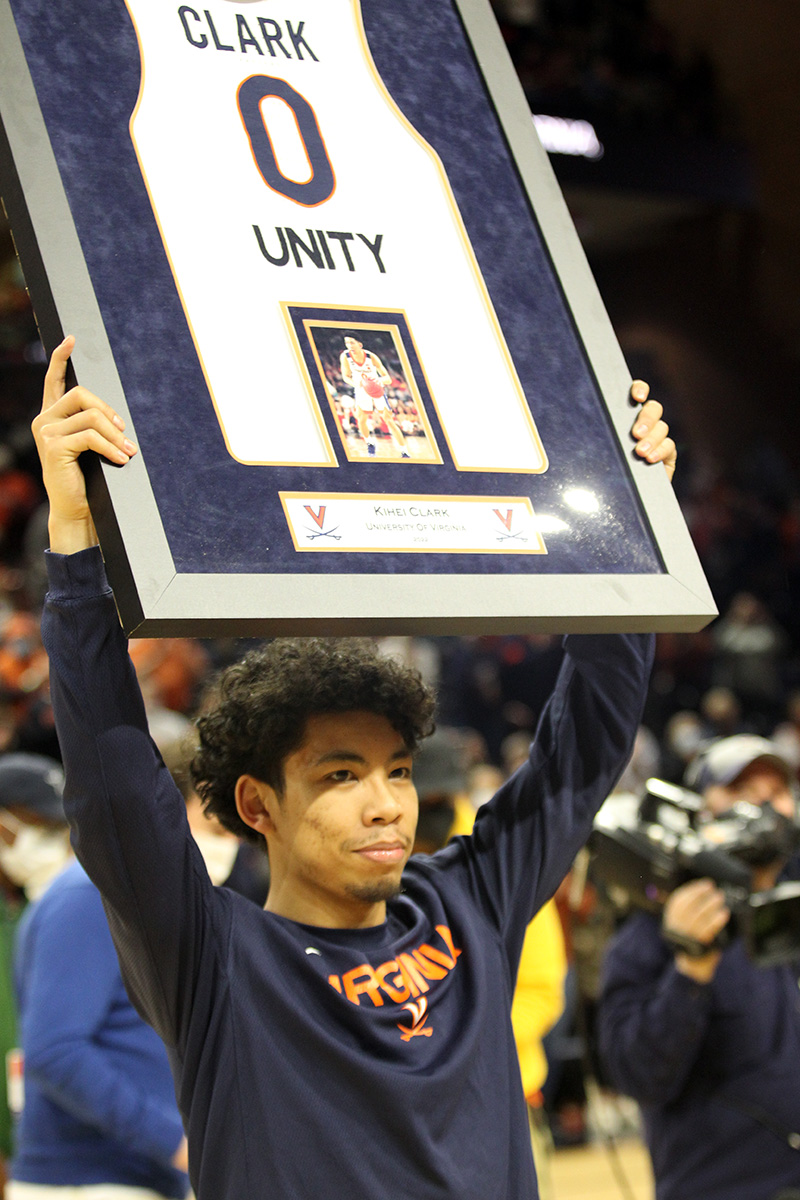