The Virginia football team returns to Scott Stadium on Saturday for a 2 p.m. showdown with Old Dominion. For the Hoos, it’s a chance to move on from last week’s 24-3 debacle at Illinois and try to pull fans back from the abyss.

Yes, that’s dramatic but some fans were shook by that offensive showing in Champaign. This Saturday’s game is the first chance to start reversing that trend.

Regardless, new coach Tony Elliott said UVA needs the fans to help build the program. When asked about fan support at Scott Stadium for this NBC29 piece, Elliott said that he understands fans are waiting to see where the new era goes and that the Hoos have to earn attendance but also that fans are a significant part of the homefield advantage. The Cavaliers have been mostly successful in home games in recent seasons with a 22-5 record at Scott Stadium since 2018. Elliott said:

“I think we’re building a program, and I know there’s a lot of people that are waiting to see what we’re all about, but also, too, I know that we’re all – everybody is important. Everybody’s role is critical. These young men, they love energy. They love excitement. They’re modern-day gladiators, so to speak, and they love the roar of the crowd. It creates a feeling that’s hard to describe unless you’ve been down on the grass in the arena, so to speak.

I liked the fact that the students showed up. Need them to stay the whole time. I would like those folks that love Virginia football to not come when things are going good, but man, show these young men that you support them regardless because that’s what being a fan is. Man, you’re there with us, thick and thin, good and bad. That’s why we’re going to sing the “Good Old Song,” and that’s why we’re going to do the things within the program to represent you the best that we can, because we have respect for that.

So we understand the relationship, that it’s twofold. That’s why I want to see the stadium full, because I know, and these players know, that when Scott is rocking, it can be a heck of a place to play for us but then also a hard place for other people to come play. But I think we’ve all got to understand that every role is critical, and that’s why I challenge the fans, and you know what, I understand that everybody has an opinion, everybody has their likes and dislikes, but man, we’re in this thing together, and we need the fans there. We need, because there’s going to be – you’re dealing with 18- to 22-year olds. They need every encouragement that they can get to continue because football is hard. Man, football is hard. It’s a hard sport. There’s a lot that goes into it. A lot of the motivation is man, you want to perform. You want to perform well for the crowd, and you look forward to that.

That’s why I said what I said after the game last week. Not a knock on anything, but hey, I know what we’ve got to do. We’ve got to earn those seats. But also, too, there’s also some responsibility on that side, too, man, to show up and create an atmosphere for these guys so that they can play well for you.”

If the Hoos want to build on the recent home winning vibe and hopefully draw back more fans in the process, they’ll need to take down an Old Dominion squad that already upset Virginia Tech this season. The last time the Monarchs were in Charlottesville, they also put an early scare into the Wahoos with a 17-0 lead.

Those two data points have the attention of UVA’s players.

“Yeah we know about it. We watched the film on [VT] and we saw that,” Cavalier linebacker Nick Jackson said. “Seeing those guys, they’re capable. We also talked about what happened in 2019. They went up big and it was really fast. If it wasn’t for a momentum play from Zane [Zandier with an interception return for touchdown] then the game could have been completely different as well. So we know they’re a completely capable opponent and are a very good opponent. We’ve got to accept the challenge and be ready to play.”

Here are the keys for Virginia to get back to the winner’s circle:

With all of that in mind, what do you think? Vote for the winner in our poll.

Who Will Saturday's Game?

Let’s check out the rest of the Fan Friday picks. 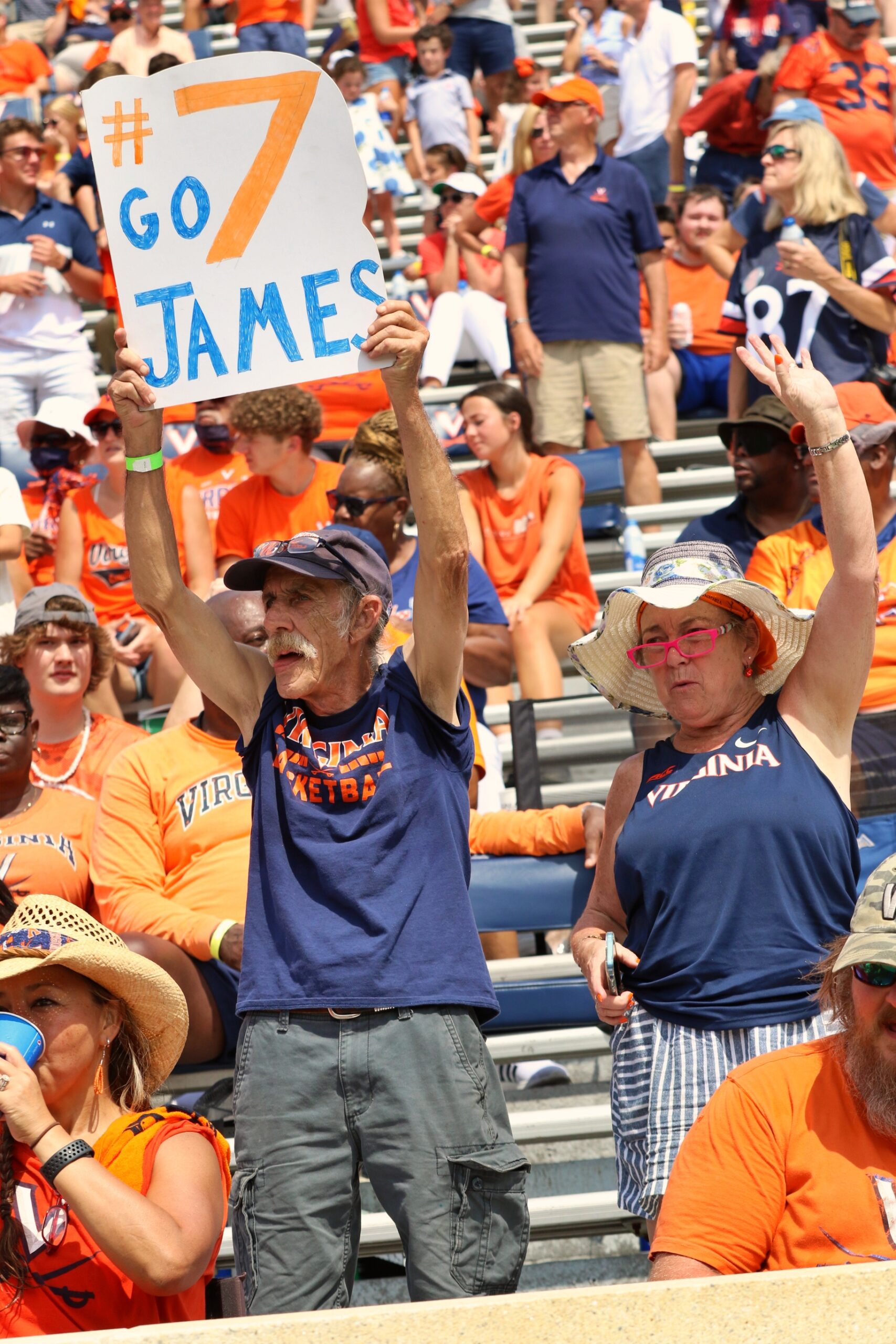 Being loud from the hill for the Hoos! 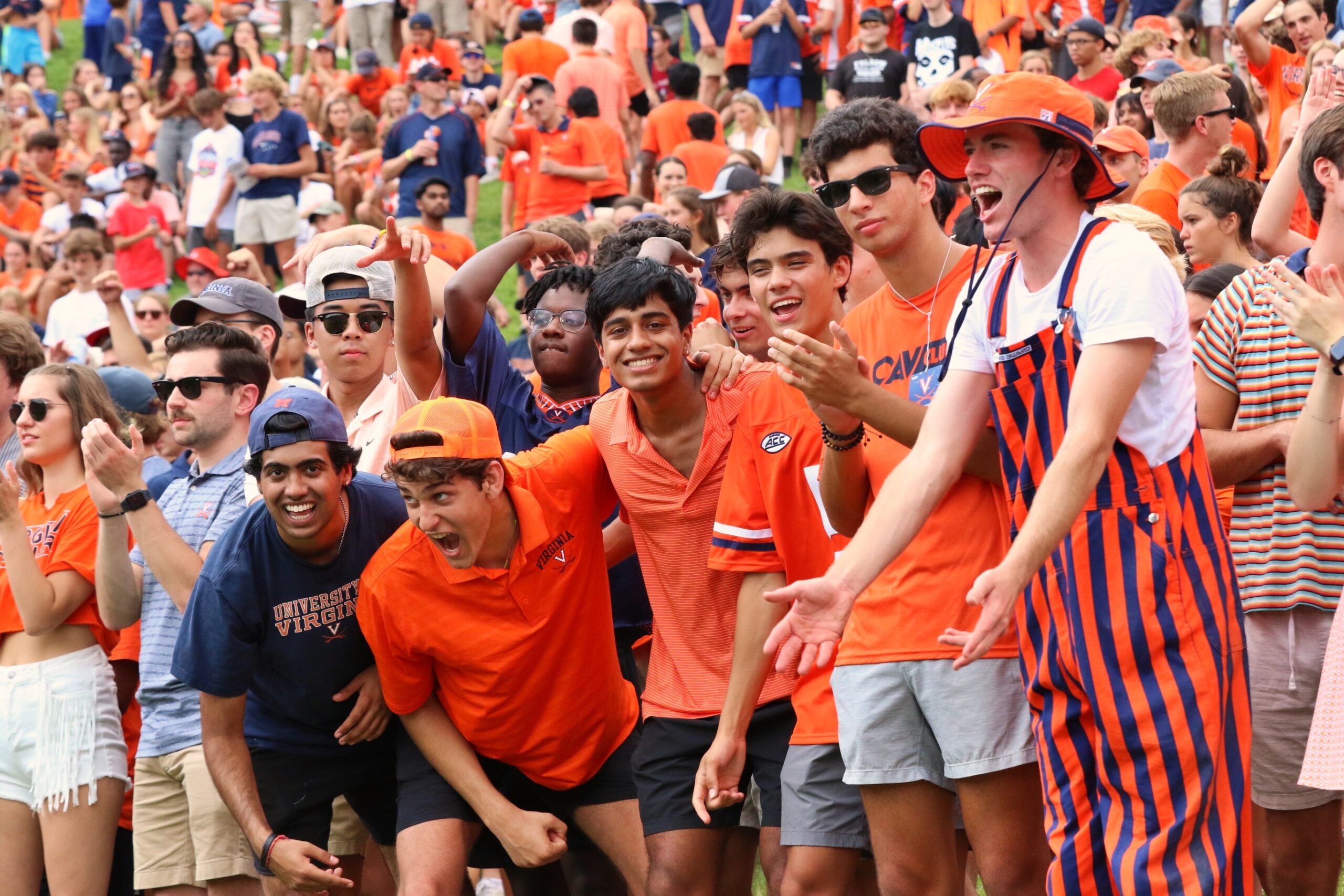 Chayce Chalmers and the Cavaliers hope to chase down a home win this weekend. 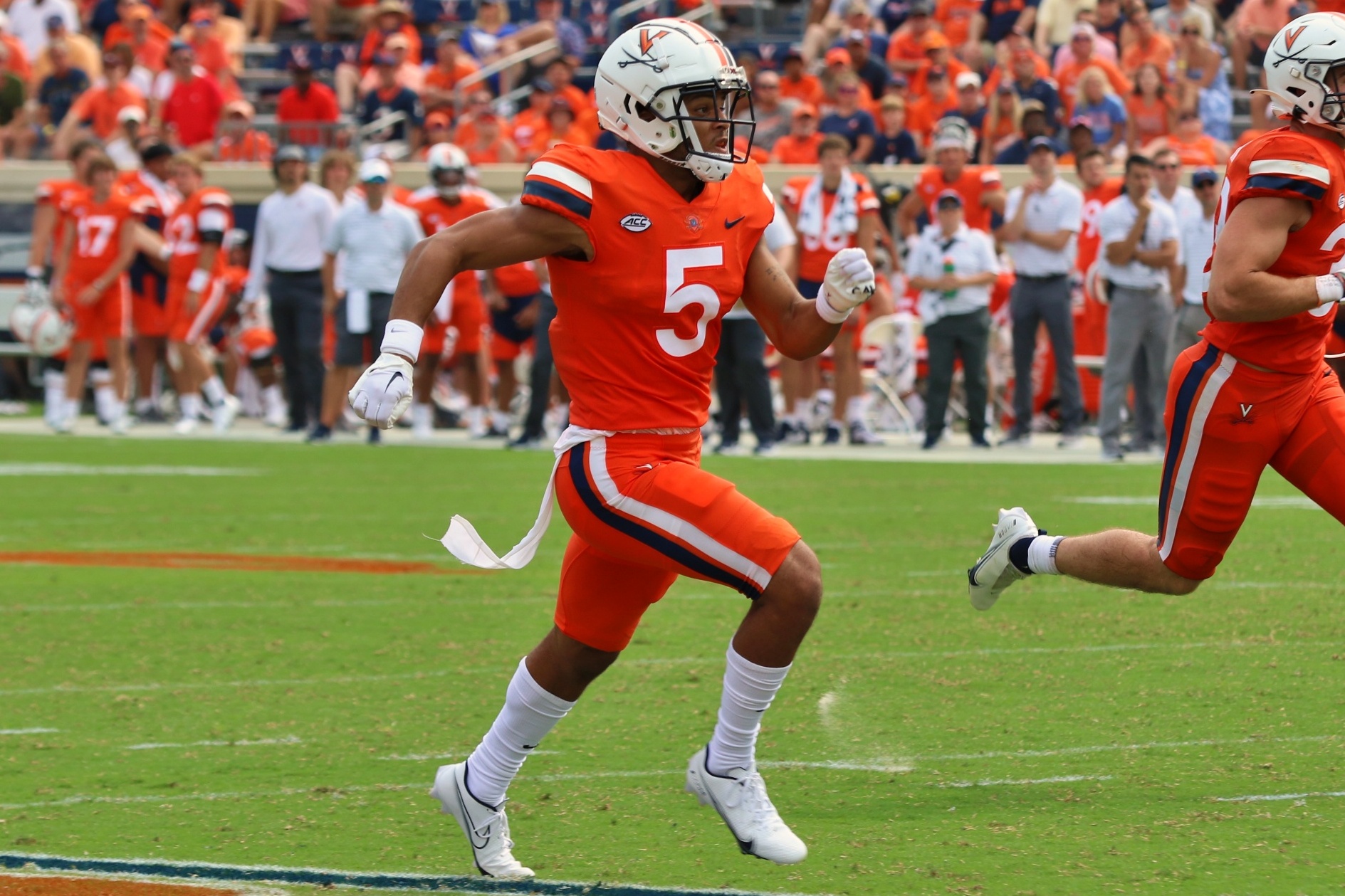