The Strategy Session is our big-picture outlook of University of Virginia football recruiting in the class of 2021, providing you the latest scholarship numbers and relative news on the recruiting trail. There has been plenty of commitment news lately, allowing head coach Bronco Mendenhall to get plenty of practice using his new Twitter tool.

UVA entered April with five verbal commitments in the class of 2021 – the fifth full recruiting class with Mendenhall as head coach. As of this writing the Hoos now boast 11 rising high school senior commits thanks to an impressive run that began on April 21 when state of Washington outside linebacker Josh McCarron prospect announced his commitment to Virginia. 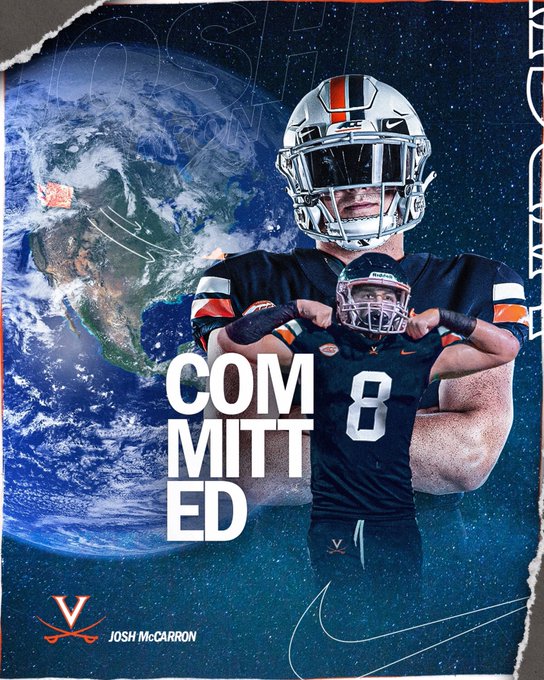 Before the addition of Thompson, Virginia faced the prospect of entering the 2020 season with three scholarship quarterbacks, including rising redshirt sophomore Brennan Armstrong, rising redshirt junior Lindell Stone, and true freshman Ira Armstead. There are a lot of reasons to like Armstrong, from the potential he has shown to the way coaches and teammates talk about him to his experience in the program (he enrolled in January of 2018), but Virginia really needed a second starting caliber quarterback in 2020.

Thompson, who has two years of eligibility remaining, can play immediately because of his grad-transfer status. Thus far the 6’4”, 225-pound signal caller has not be able to make his mark on the major college level the way he did at Landry-Walker High School (New Orleans, LA), where he was recognized by Rivals and 247Sports as a top five dual-threat quarterback nationally and 4-star prospect, but he possesses significant natural physical ability and should push Armstrong.

Thompson was recruited to Mississippi State by Dan Mullen, who left for Florida after Thompson’s freshman season. He saw playing time as Nick Fitzgerald’s backup in 2017 and 2018. His best

Tired of low effort articles and clickbait? So are we. Subscribe to read great articles written by a full-time staff with decades of experience.