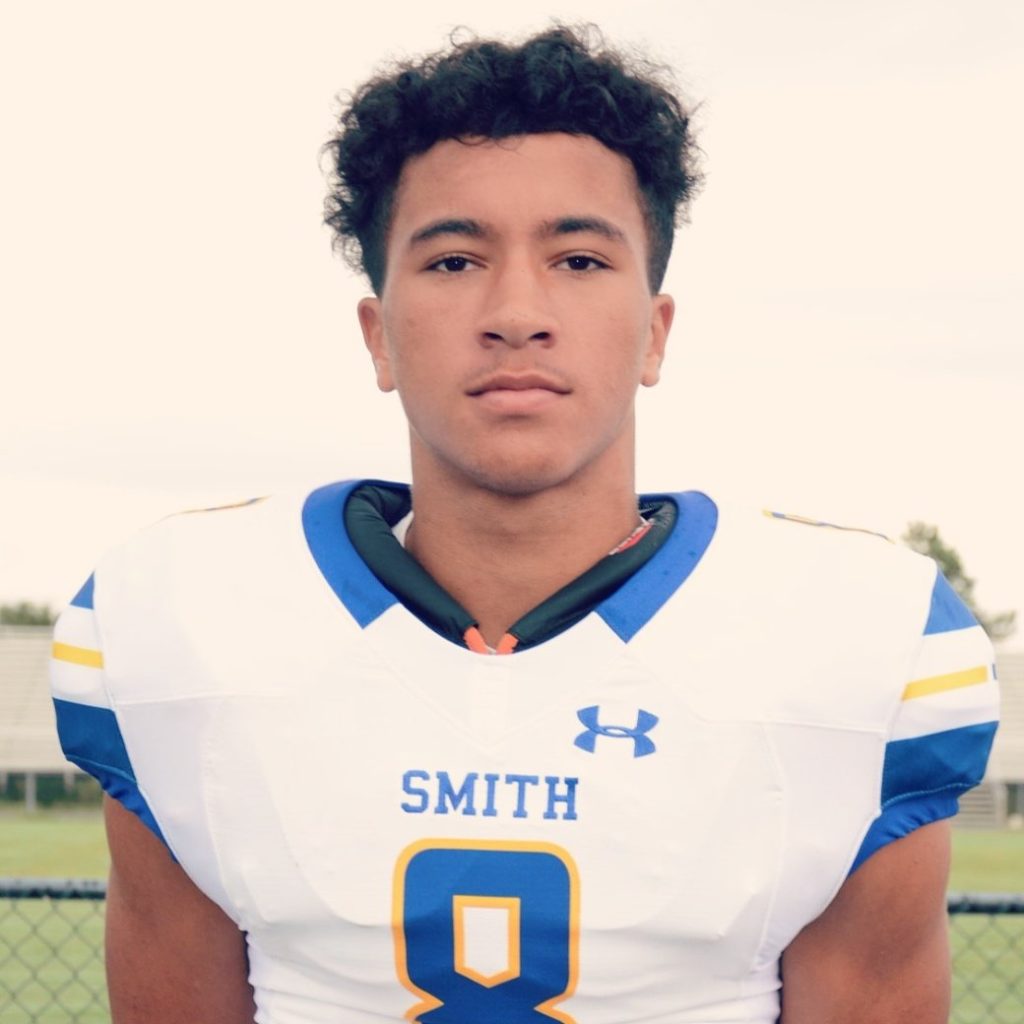 One of the most highly coveted prospects in the nation in the 2019 Class visited the University of Virginia this past weekend.

Cam’Ron Kelly, a 6’1”, 185-pound cornerback/athlete out of Oscar Smith (Chesapeake, VA), is rated a 4-star recruit by Rivals and 247Sports.com and is the reigning All-Tidewater Player of the Year. He collected scholarship offers from across the country before recently narrowing his list to eight: Auburn, Clemson, Notre Dame, Ohio State, Oklahoma, Penn State, Virginia and Washington State.

With a June 8 decision looming, this visit, which was an official according to 247Sports, may have been Virginia’s final chance to sway Kelly. Penn State, which hosted the standout prospect on an official visit the weekend of April 20-22, is currently considered the heavy favorite according to the 247Sports Crystal Ball feature. Kelly has also taken official visits to Oklahoma and Washington State.

UVA currently has six verbal commitments in the 2019 Class.

Devastated by attrition, the defensive line has become a priority position for head coach Bronco Mendenhall and company to recruit in the class of 2019. The Cavaliers have yet to secure a D-line pledge in the class; however, the Hoos just made the cut with a pair of highly regarded prospects.

Alabama (April 29), Penn State (May 11), NC State (May 14), Oklahoma (May 15) and Texas A&M (May 19) have come through with scholarship offers within the past month. Virginia extended an offer in September of 2017 and appeared to make a big-time move with the 2017 first-team all-Tidewater selection back in February, when he made a visit to Charlottesville.

Smiley has seemed high on both South Carolina and Tennessee –- particularly the latter — as well in recent months.

I Swear it’s just something about Tennessee #GoVols pic.twitter.com/UU6Z0p3aFv

In addition to Smiley, Rivals and 247Sports 3-star defensive lineman Mario Kendricks revealed the top seven schools he is “focusing on” at this point in his recruitment. If the 6’2”, 275-pound rising senior picks a school from this list, there is an 85.7% chance he’ll attend college in the Atlantic Coast Conference.

Kendricks attends Osceola High School (Kissimmee, FL), which produced UVA class of 2018 signee Jordan Redmond. Redmond, who is also a defensive lineman, has a great chance to see the field for the Hoos this coming season. The Cavaliers have enjoyed great success in recruiting the state of Florida under Mendenhall, signing three recruits in 2017 and four in 2018. Of Virginia’s six class of 2019 pledges, three are natives of the Sunshine State.

Brandon Dorlus, a 6’4”, 255-pound rising senior defensive line prospect out of Deerfield Beach (FL), tweeted Sunday night (May 20) that Virginia is the latest school to offer him a scholarship.

After having a Great conversation with @Coach_Sooto I am blessed to receive an offer from the Virginia Cavaliers!!! @DB_BucksFB @SleeperAthletes @HamiltonESPN @Rivals @247Sports @Cassidy_Rob @DavidFurones_ pic.twitter.com/qZrOT4cs77

The Cavaliers have some company in this recruitment, as Dorlus also claims offers from Auburn, Cincinnati, Clemson, Iowa State, Kentucky, Louisville, Missouri, Nebraska, NC State, Mississippi, Pitt, Rutgers, Syracuse, South Florida and Tennessee, among others. Check out his junior season highlights below.