A big piece of basketball scheduling news came out this week and it quickly excited Virginia fans. UVA announced that it will play Villanova in a non-conference game on Saturday, Dec. 19 at Madison Square Garden in New York City. Tip-off is set for noon on Fox.

The Cavaliers and Wildcats claimed three of the last four National Championships. Virginia won in 2019, while Villanova won in 2016 and 2018.

“We are excited to announce this non-conference game against Villanova at Madison Square Garden,” Virginia coach Tony Bennett said in this news release. “We have great respect for coach Jay Wright and his program, and look forward to playing the Wildcats in a terrific environment.”

The two programs have a lot of familiarity with one another. They have faced off in close-door scrimmages in recent years and played a home-and-home series in 2015-2016 and 2016-2017. The Hoos won at the John Paul Jones Arena, 86-75, in a game where Anthony Gill (22), Malcolm Brogdon (20), and London Perrantes (19) each put up 19 or more points. The Wildcats took the matchup the next season in Philadelphia, 61-59, with a put-back buzzer beater from Donte DiVincenzo.

Here are the highlights from those two meetings.

The announcement that the two would lock horns at MSG led to several threads on the basketball message board. Click here, here, and here for three threads on the game with Nova. Click here for a spin-off thread about a tournament idea for Washington D.C. as part of future UVA non-conference scheduling.

Some select posts from one of the Villanova threads follow: 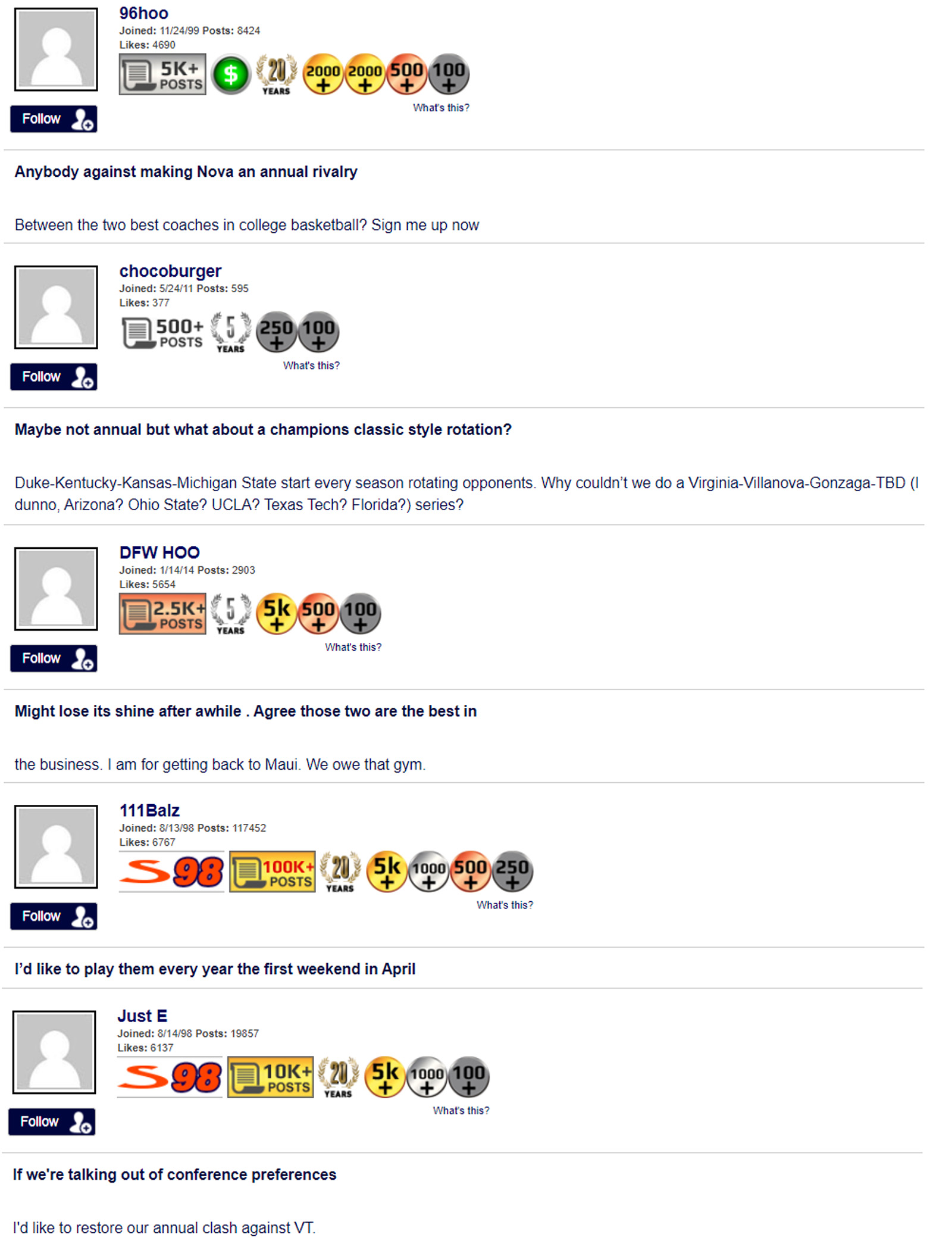 With that in mind, it’s time to dive into the rest of TheSabre.com’s Fan Friday feature!

Making memories at the JPJ. 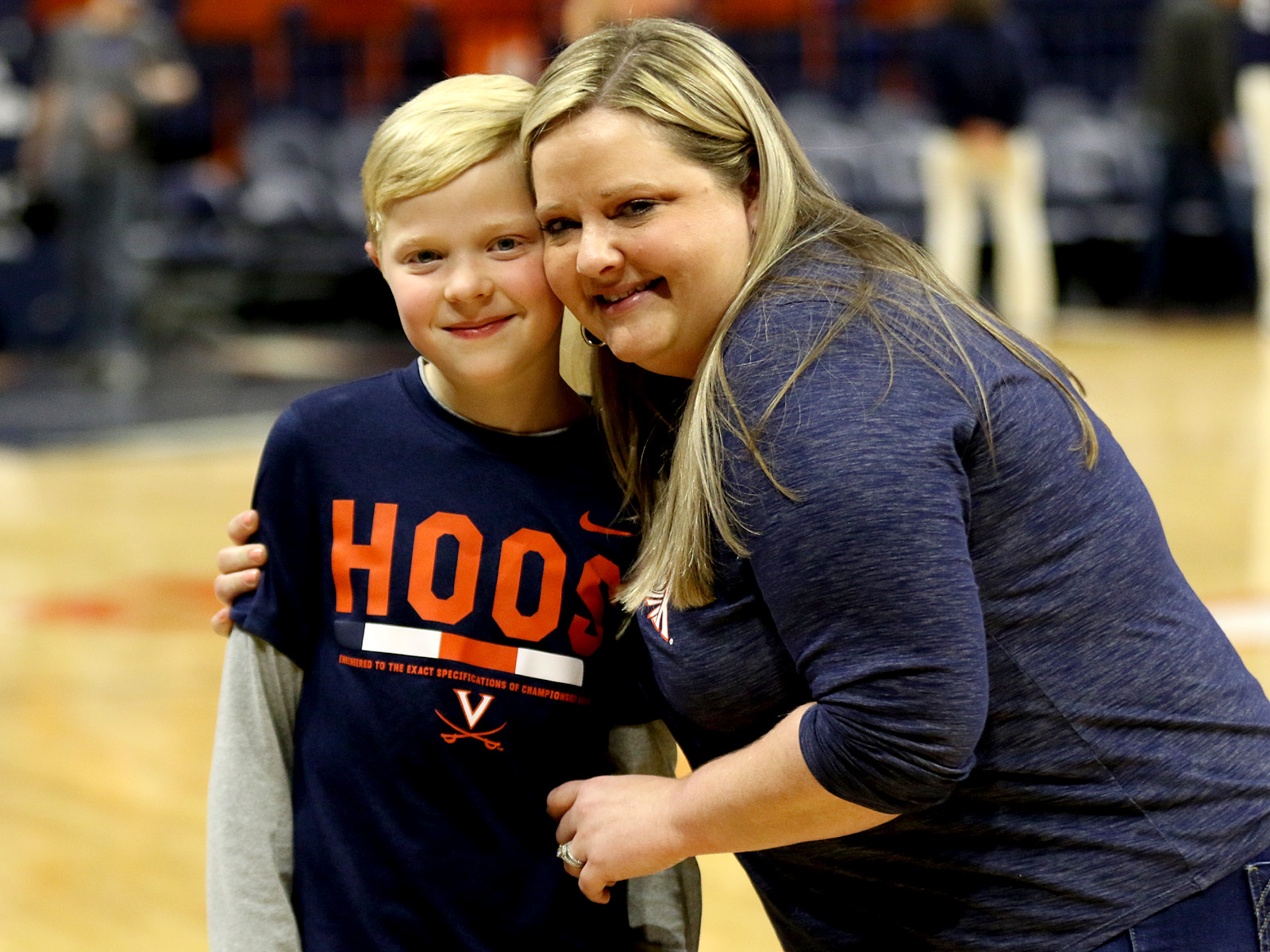 A Hoo Crew member shouts for the Wahoos. 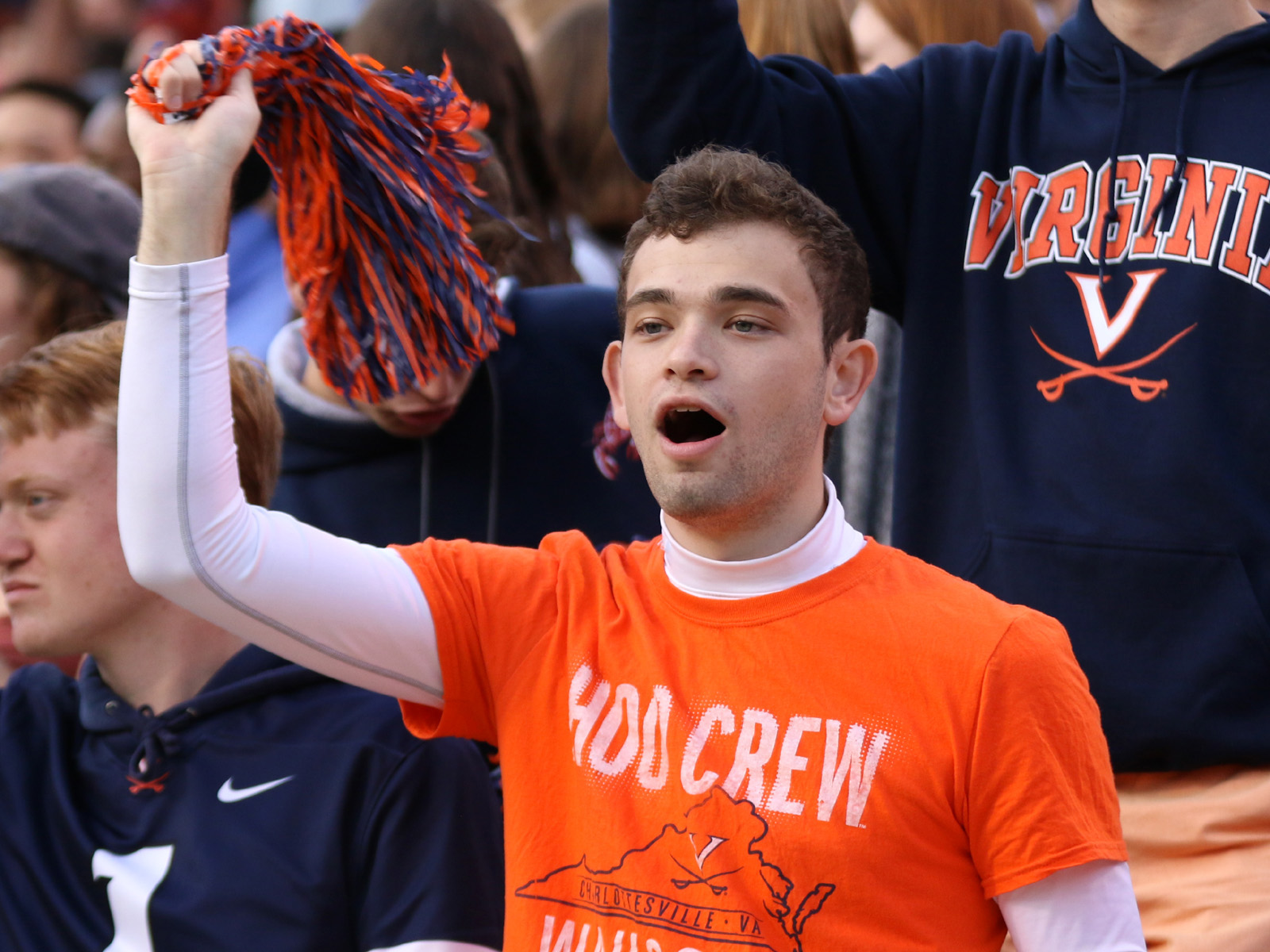 Virginia hopes to get a consistent senior season from Richard Burney, who earned a waiver for an extra season at UVA. 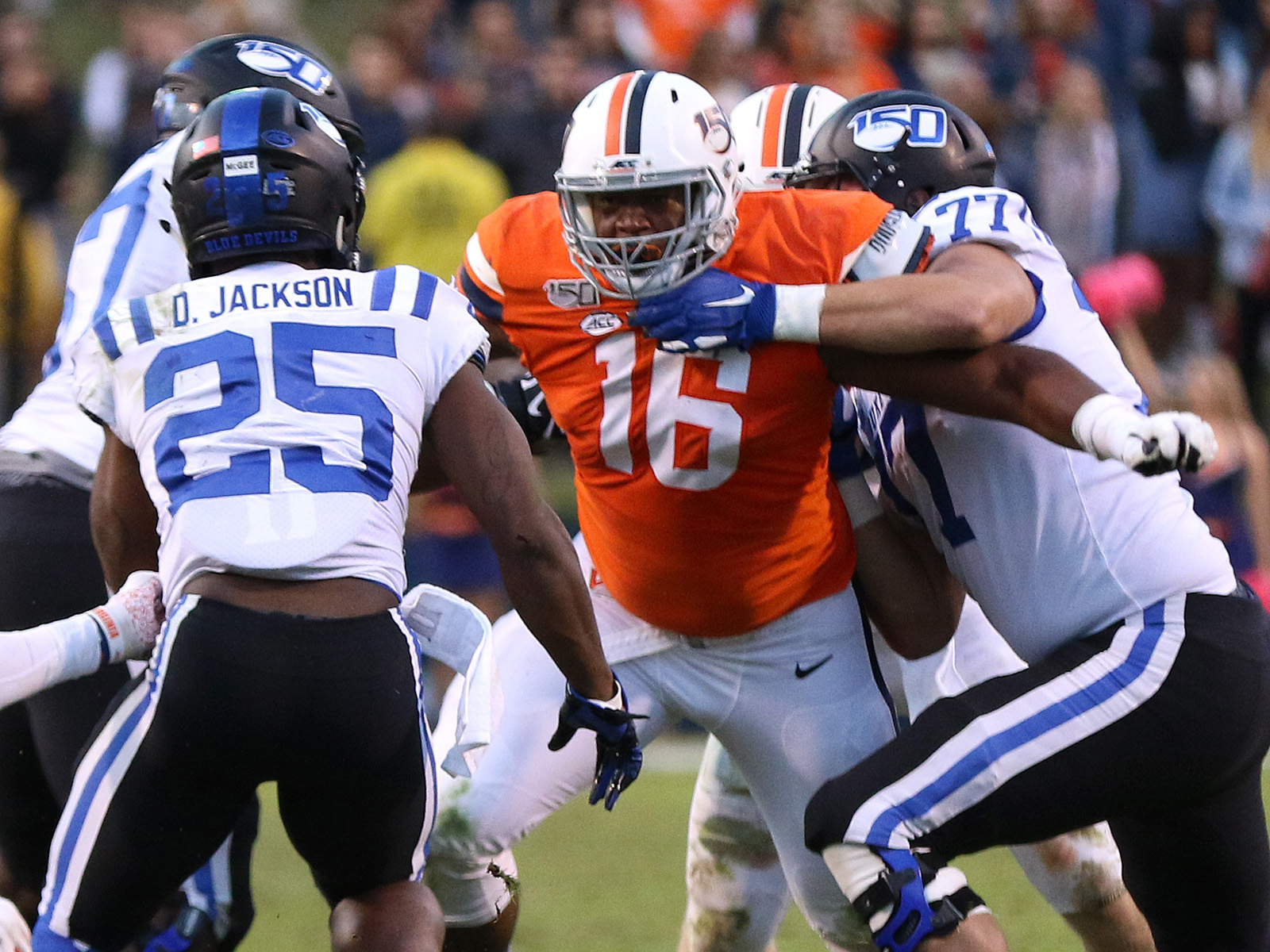