The uncertain times of the global pandemic have led many people to work at home via video conference calls. That includes the Virginia football program where the coaches hold staff meetings, team meetings, and position meetings via Zoom.

That may not be as easy as it sounds. With players spread out across the country, even as far away as Hawaii, the times don’t necessarily line up neatly. UVA co-defensive coordinator smiled when he described the team meetings in the mornings. Those begin “at 8 a.m. Eastern so if you’re in Hawaii, you’re waking up at 2 a.m.,” Poppinga said.

Plus, Virginia coach Bronco Mendenhall expects a certain level of details and commitment on Zoom calls just like with any other piece of the program. Remember, Mendenhall insisted on the ability to run on to the field correctly when he first arrived so setting expectations on video calls isn’t far-fetched.

“I love habits, I love learning, and I think a Zoom screen can reflect intent,” Mendenhall said. “I think it can prove intent so we ask our players to prove their intent by what their screen looks like. I’m talking about lighting, I’m talking about notebooks, I’m talking about pens, I’m talking about what they’re wearing, their countenance so we have Zoom rules and we hold them accountable to those Zoom rules. So I’m not currently evaluating practice, but what I can evaluate is their intent to learn and not what they’re saying, but just by looking at the screens. We make a point to ensure that we’re showing what the proper comportment looks like and what it doesn’t. That’s transparent in front of their peers.”

Some Hoo fans are spending plenty of time on video conference calls as well. This thread on The Corner off-topic message board indicated that many are on mute both for audio and video with varying attire when the screen is on. A golf polo shirt is a popular choice for attire in the thread. The following post from HooInDE is an in-depth look at Zoom calls. Read more responses here. 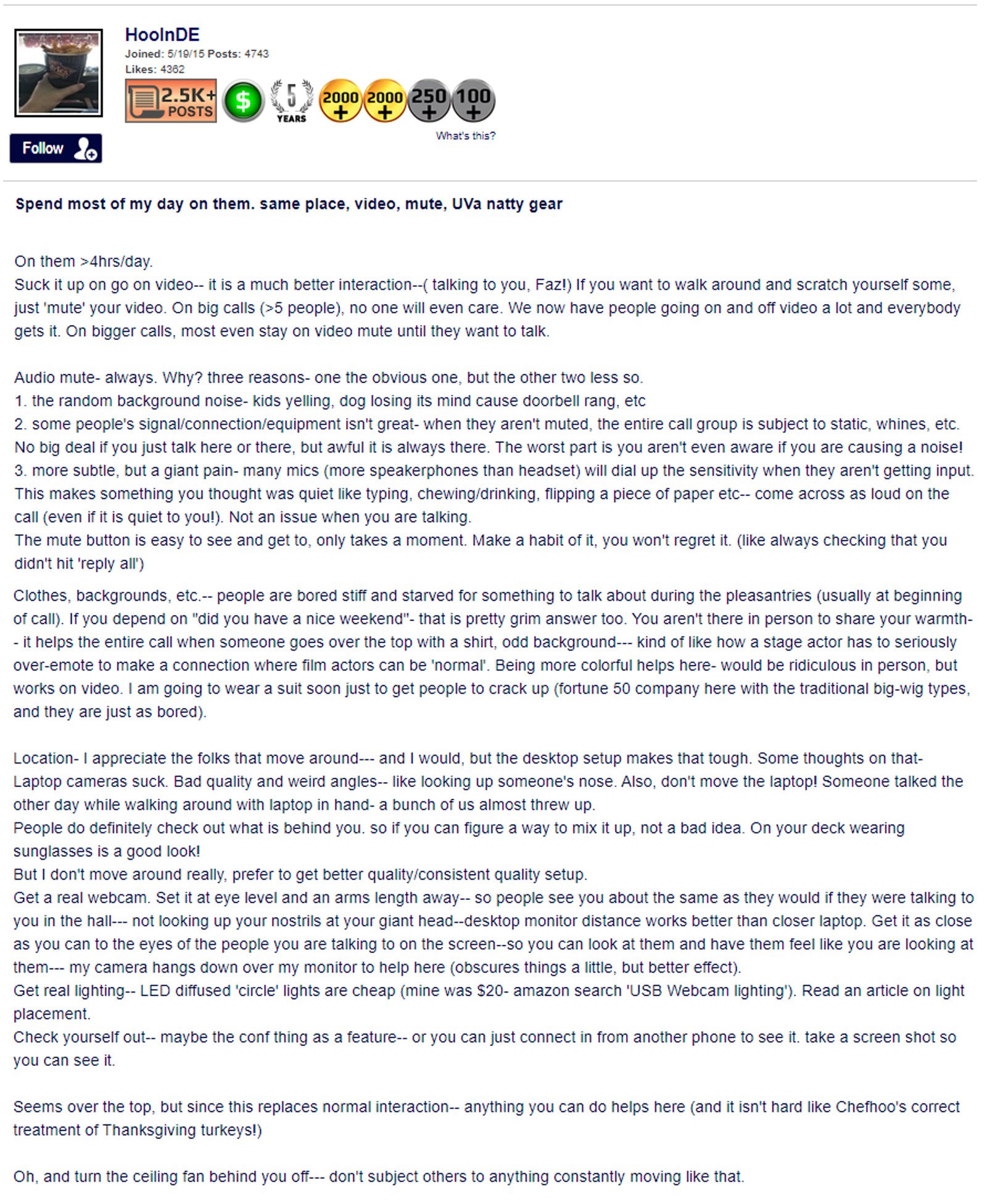 Apparently, there’s also time to toggle back and forth from video calls to The Sabre message boards too. That’s a good thing (at least to us!). Here’s the thread on spending time on the site from poster Hoos in da house.

We’re thankful you’re all Sabre fans. With that, let’s check out the rest of TheSabre.com’s Fan Friday – and remember, Fan of the Week selections get a free subscription for 3 months!

There are plenty of reasons to smile at the John Paul Jones Arena. 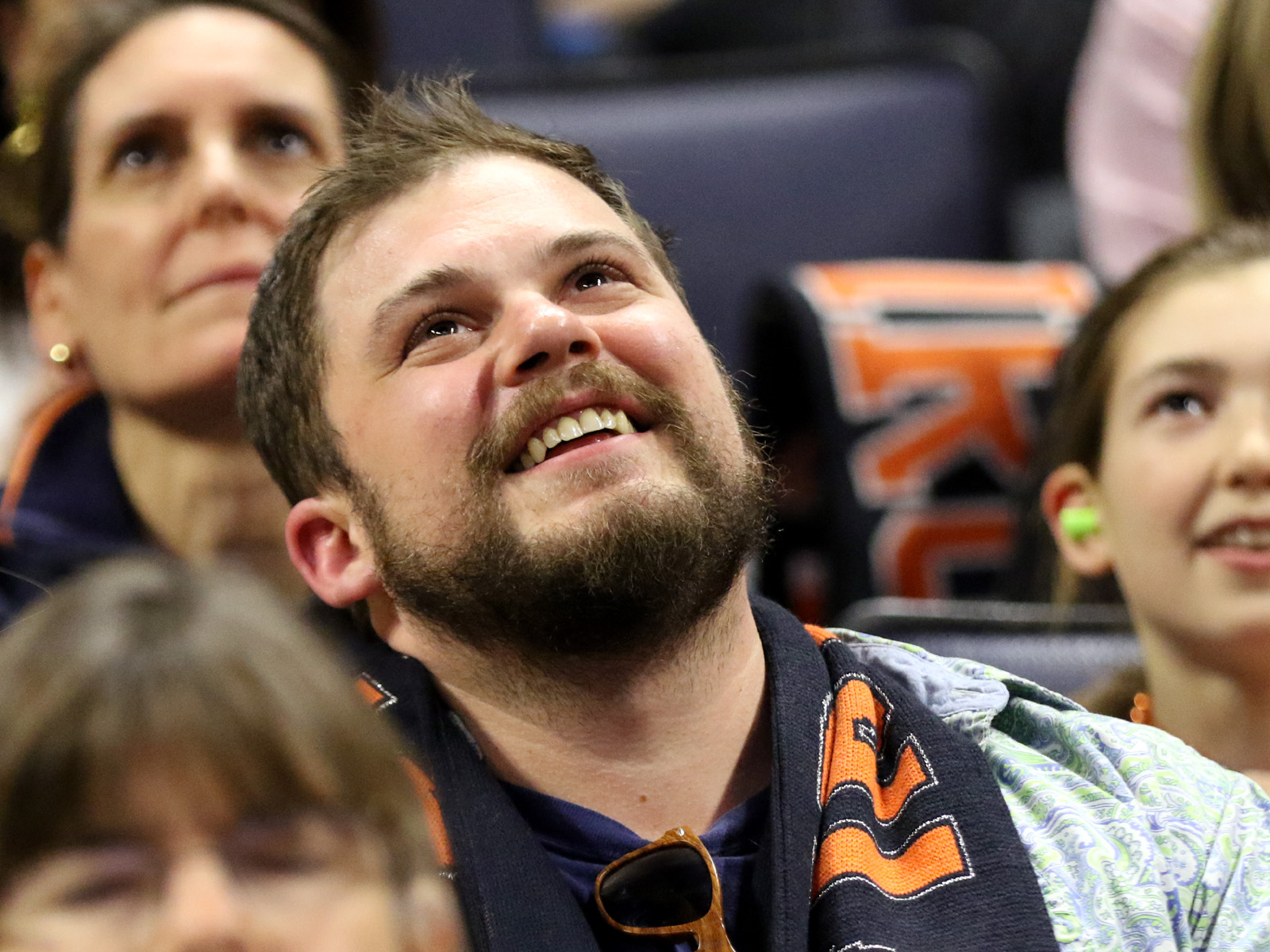 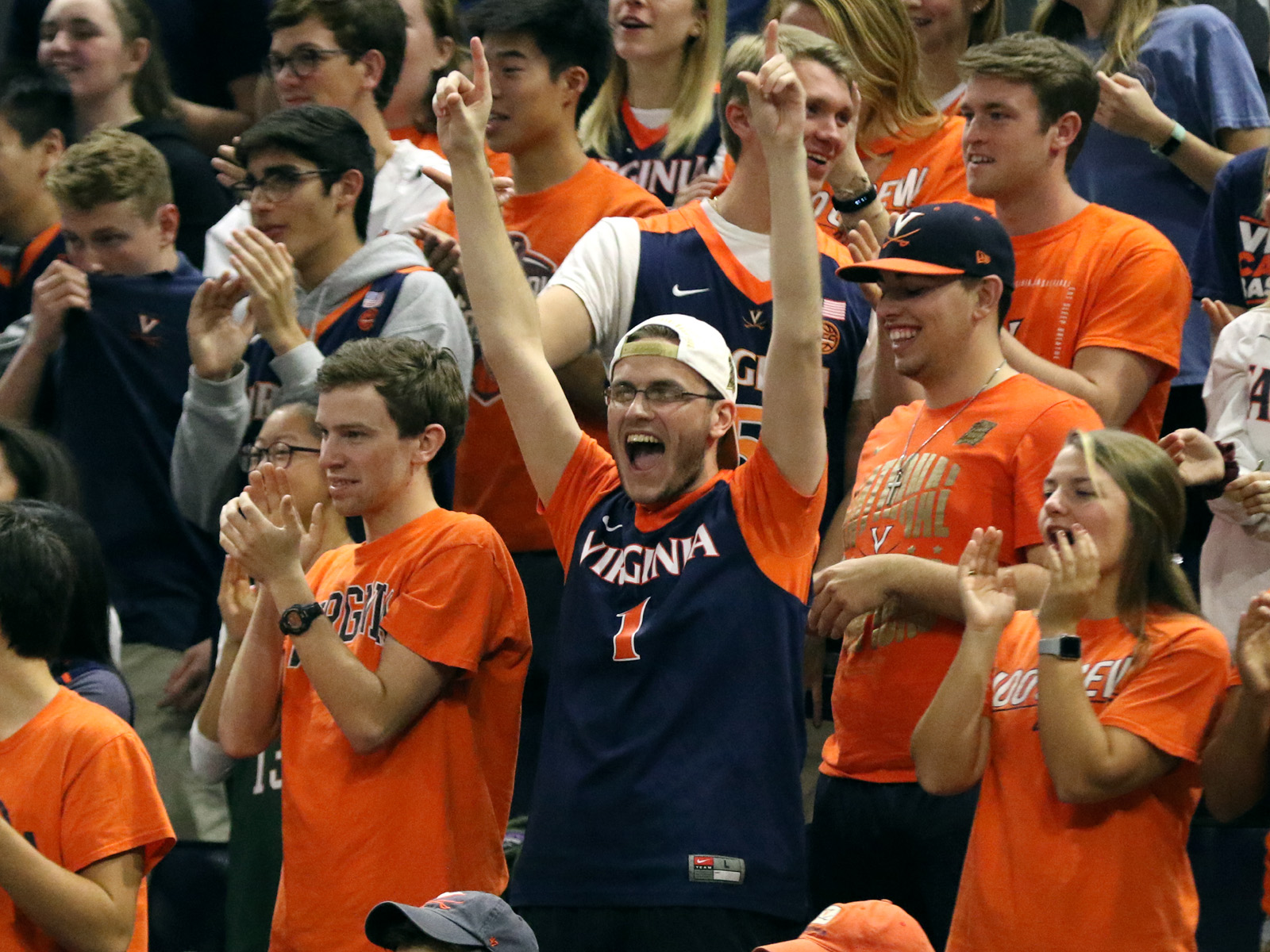 That’s a wrap … from Kihei Clark. 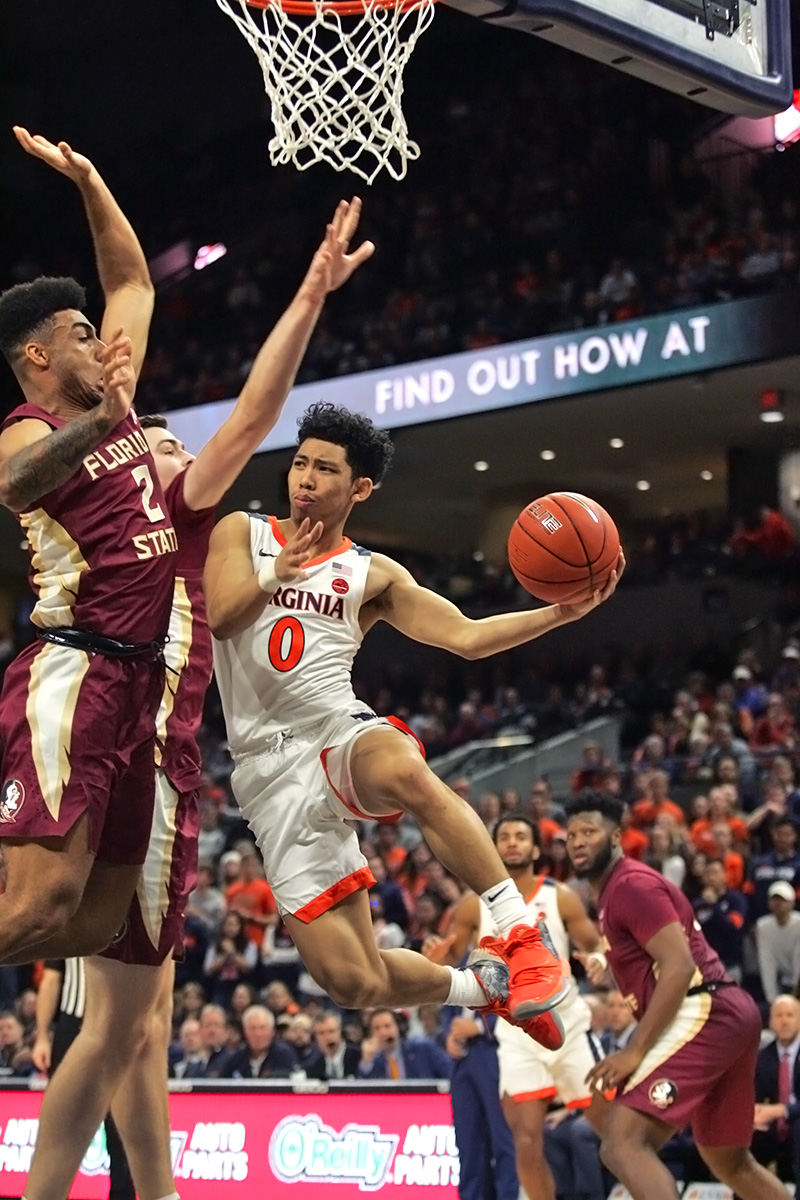