The Virginia Athletics Department announced winners of the annual Hoos Choice Awards. The included the top male and female athlete for the 2021-2022 academic year. Unsurprisingly, a pair of record-setters received those honors.

UVA quarterback Brennan Armstrong earned the WINA Award as the top male athlete, while swimmer Kate Douglass claimed the IMP Award as the top female athlete. Both recorded outstanding individual seasons that left their names on top of the record books.

Armstrong set new school single-season records for passing yards (4,491), total offense (4,700 yards), passing touchdowns (31), and completions (326). He also posted the program’s most passing yards in a single game (554) and most touchdowns responsible for in a single game (6). He was a finalist for the Maxwell Award, the Davey O’Brien Award, the Johnny Unitas Gold Arm Award, and the Manning Award. He was named third-team All-ACC.

Douglass, meanwhile, established her name at Virginia and beyond. She won three individual NCAA National Championships and set records in all three. She won the 50 freestyle and the 200 breaststroke with new American, NCAA, and US Open record times and the 100 butterfly with an American record time. In addition to that, she won four relay National Championships too in the 200 and 400 freestyle relays and the 200 and 400 medley relays. She received the Honda Sports Award and was named the ACC Women’s Swimmer of the Year.

Several other awards were handed out as well. Check out the news release here. Below is the list of team award winners.

It’s your turn as fans to share your “choice” winners for the year. Jump on the message boards or leave a comment below. Who were the top candidates for male athlete and female athlete of the year? Who had the top play in men’s and women’s competition this year? Comeback of the Year? Or make up your own!

In a somewhat related area of content, The Sabre also started Women in Sports Thursdays on Instagram this week in collaboration with alum Doria Martingayle. Our question of the day on Instagram stories: Which Virginia female team or athlete was the most improved in 2021-2022? Share your thoughts either on the message boards or in the comments below.

And now on to the weekly fan picks.

Thumb’s up if you love the Hoos. 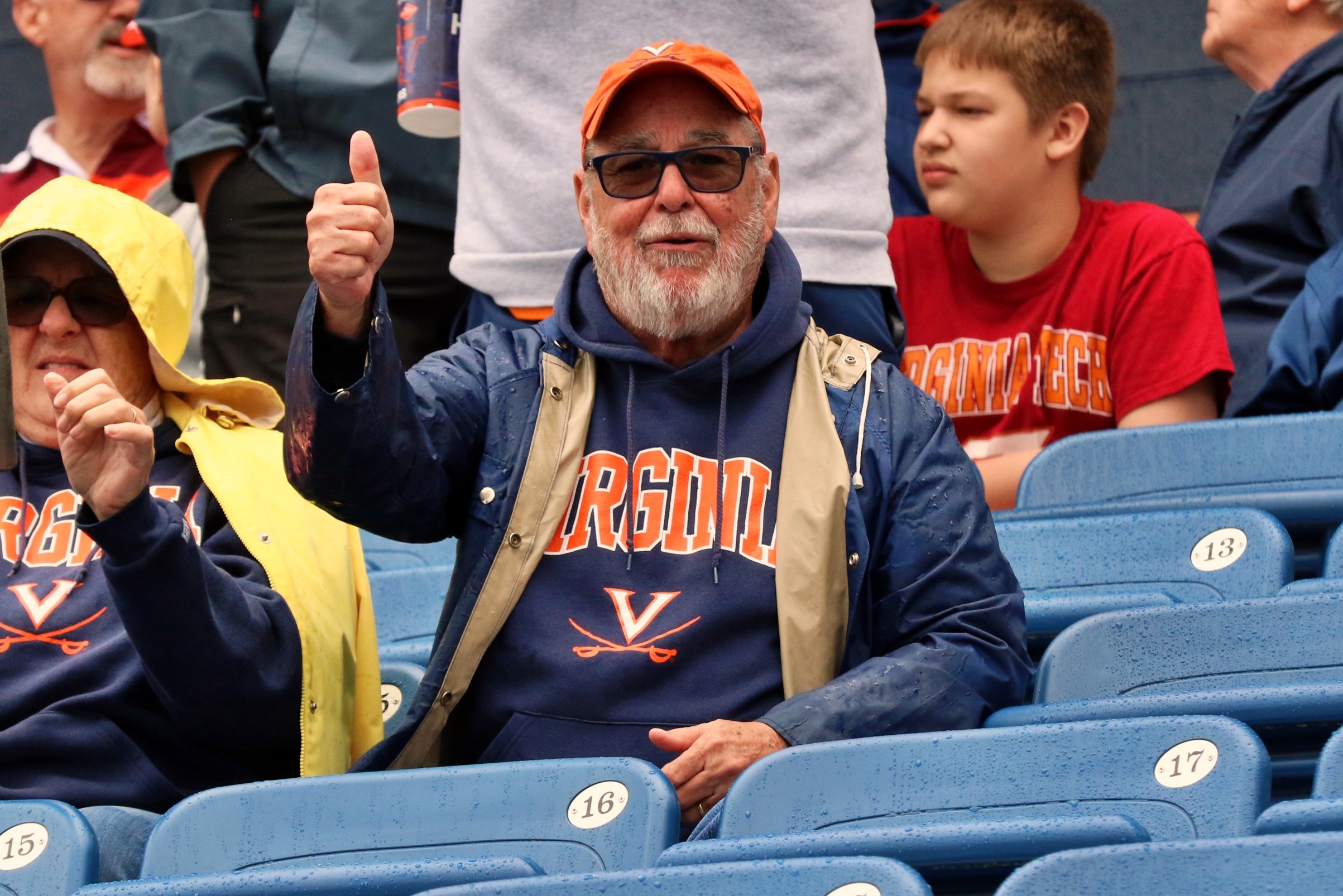 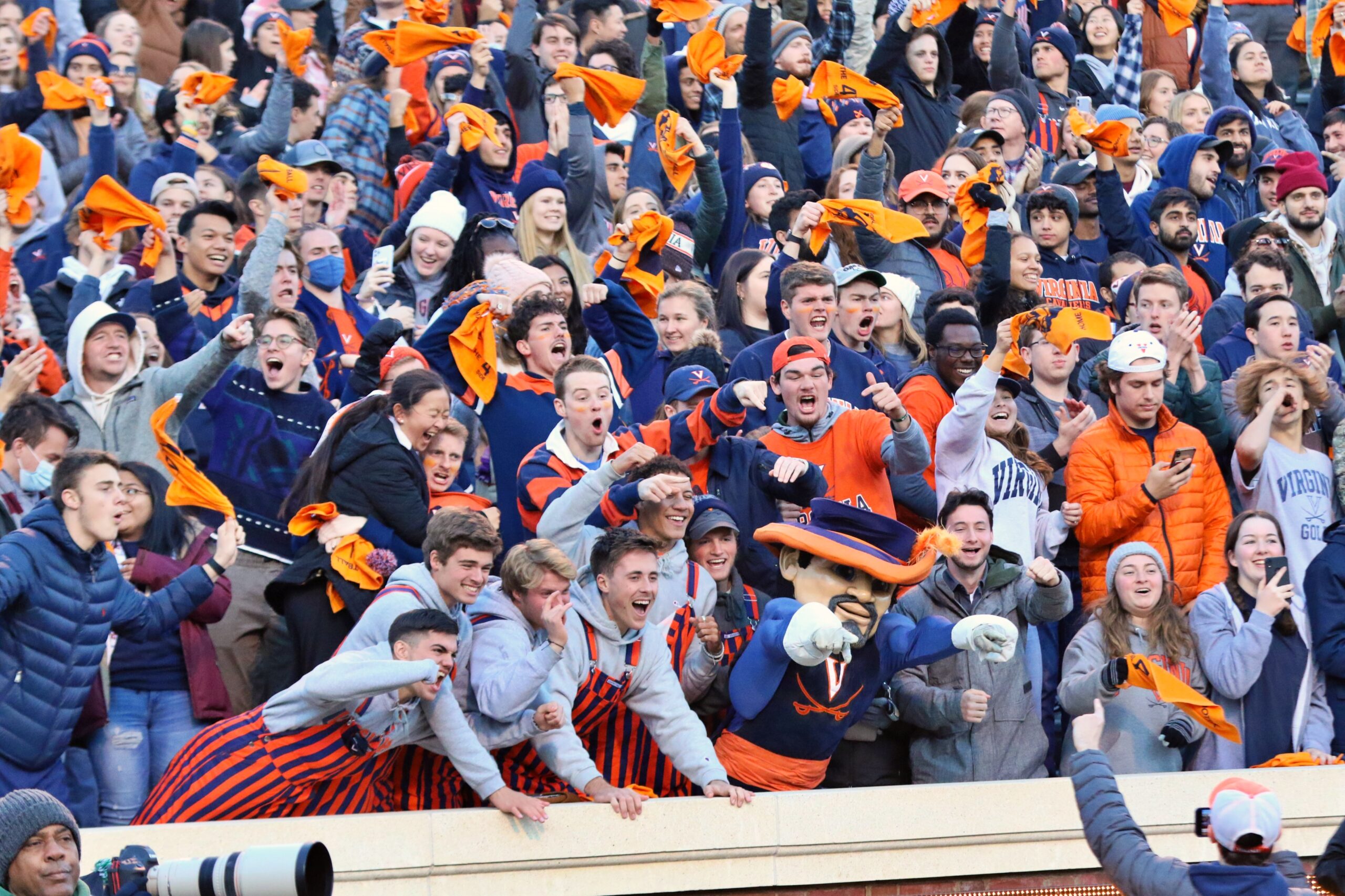 Dave Herard and Langston Long celebrate a play during the Virginia Spring Game. It’s less than 100 days until kickoff! 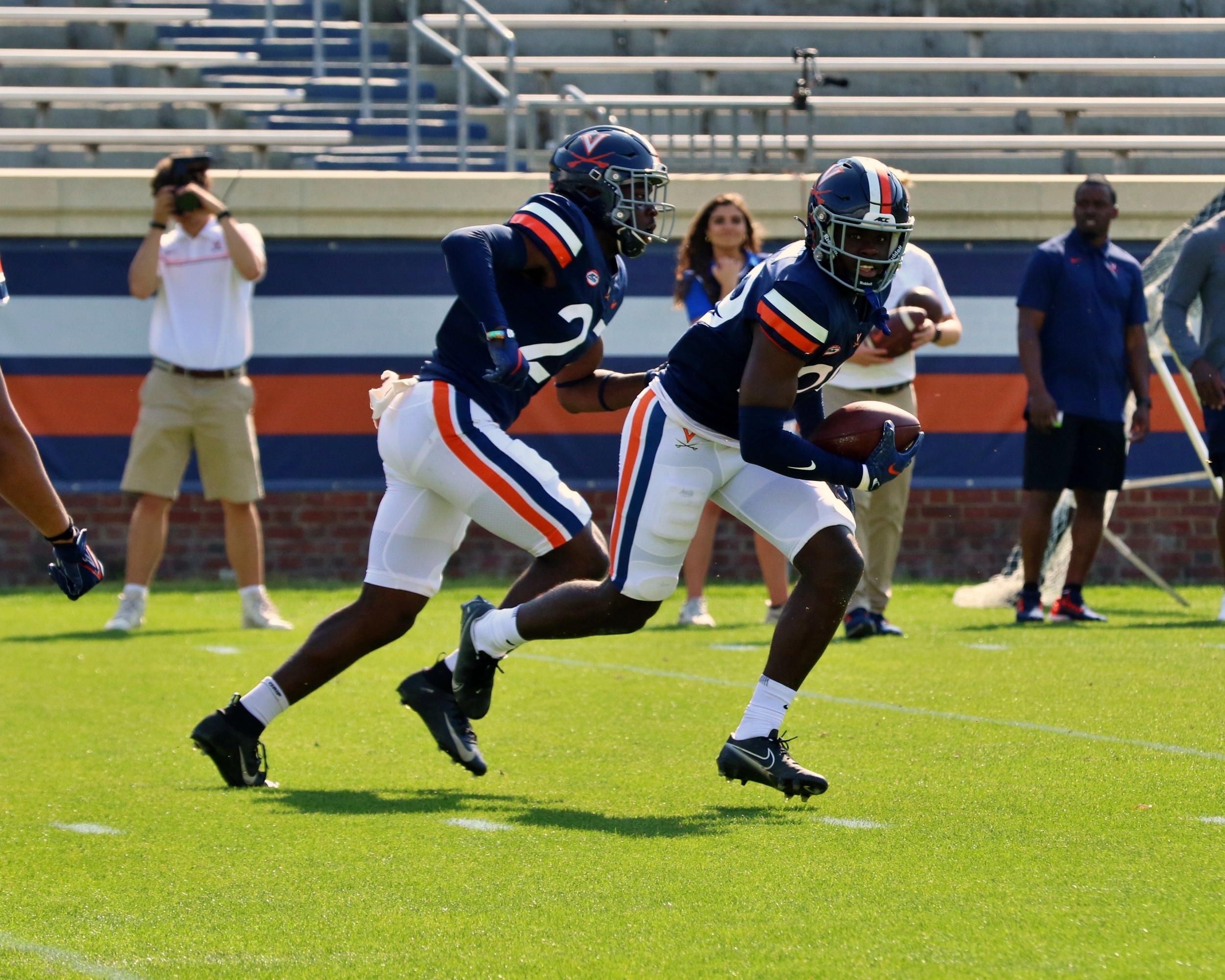