The Virginia basketball team snared a 78-68 victory against in-state rival Virginia Tech on Wednesday night. That’s always a good thing for fan mood. Of course, winning games in the state is nothing new for the UVA hoops program.

A lot of that success has come with Tony Bennett at the helm and Kihei Clark on the roster, of course. Bennett logged the 399th W of his career with Wednesday’s result and he recently passed Terry Holland to become the program’s all-time winningest coach. He’s now up to 330 wins at UVA. Clark, meanwhile, became the program’s all-time winningest player with the Tech victory. He has 111 wins while wearing the orange and blue.

Both deflected credit to all the talented players alongside them for the individual milestones and with those markers now out of the way, the focus the rest of this season zooms in further on the ACC title competition. Clemson currently leads the standings with a 7-1 league mark, while Miami, Virginia, Wake Forest, and Pittsburgh are just a game back at 6-2.

That makes this weekend’s afternoon test at Wake a big game as the conference schedule closes in on the halfway point. The title race, Bennett, Clark, lineups, and more have been hot topics on the message boards. Here are a few examples:

And with that, let’s look at the Fan Friday picks! 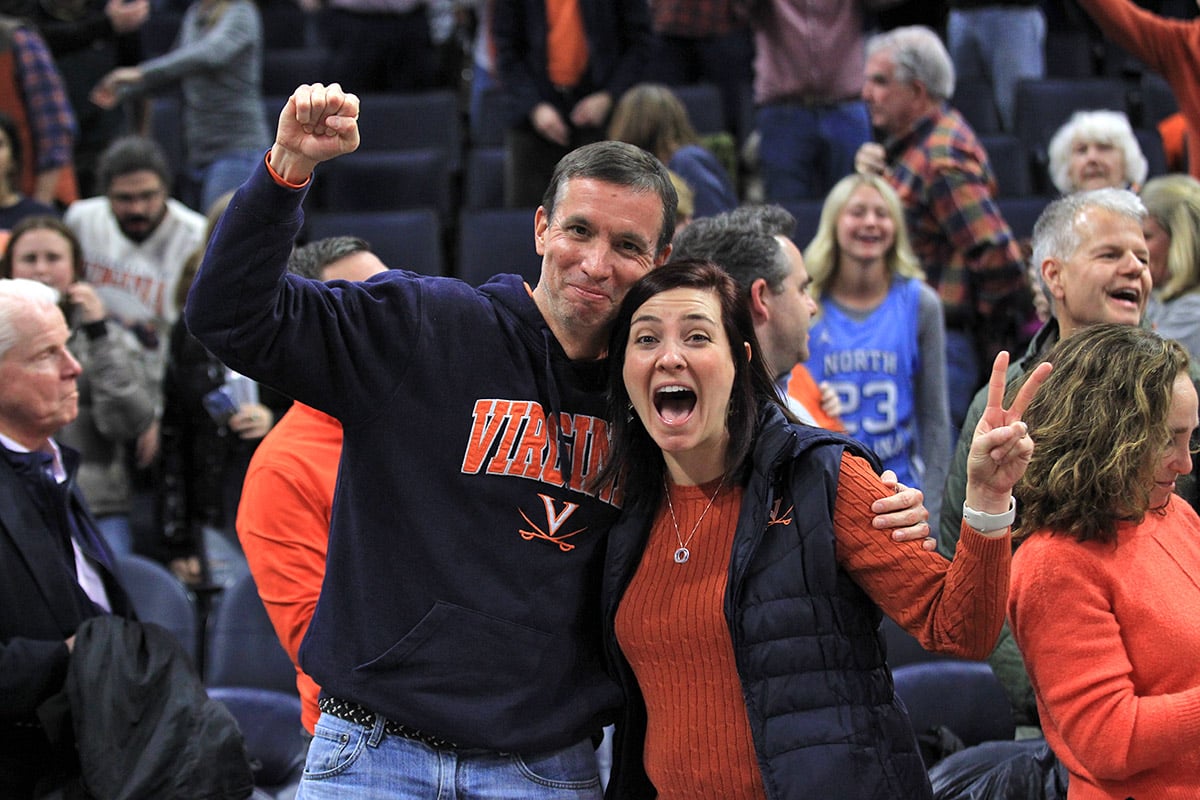 Turn the lights down and turn the noise up for the starting lineup! 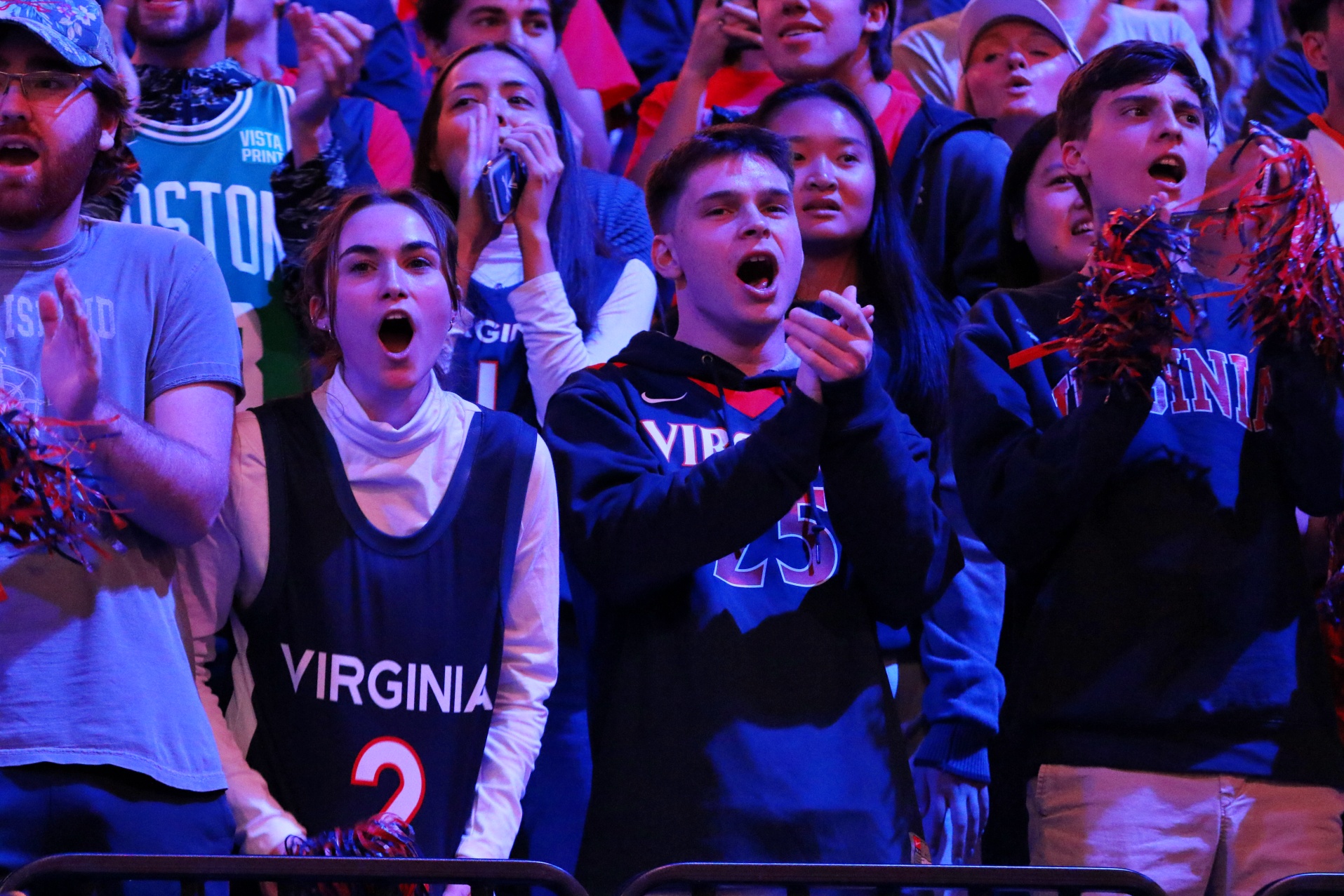 Reece Beekman rises up for a dunk. 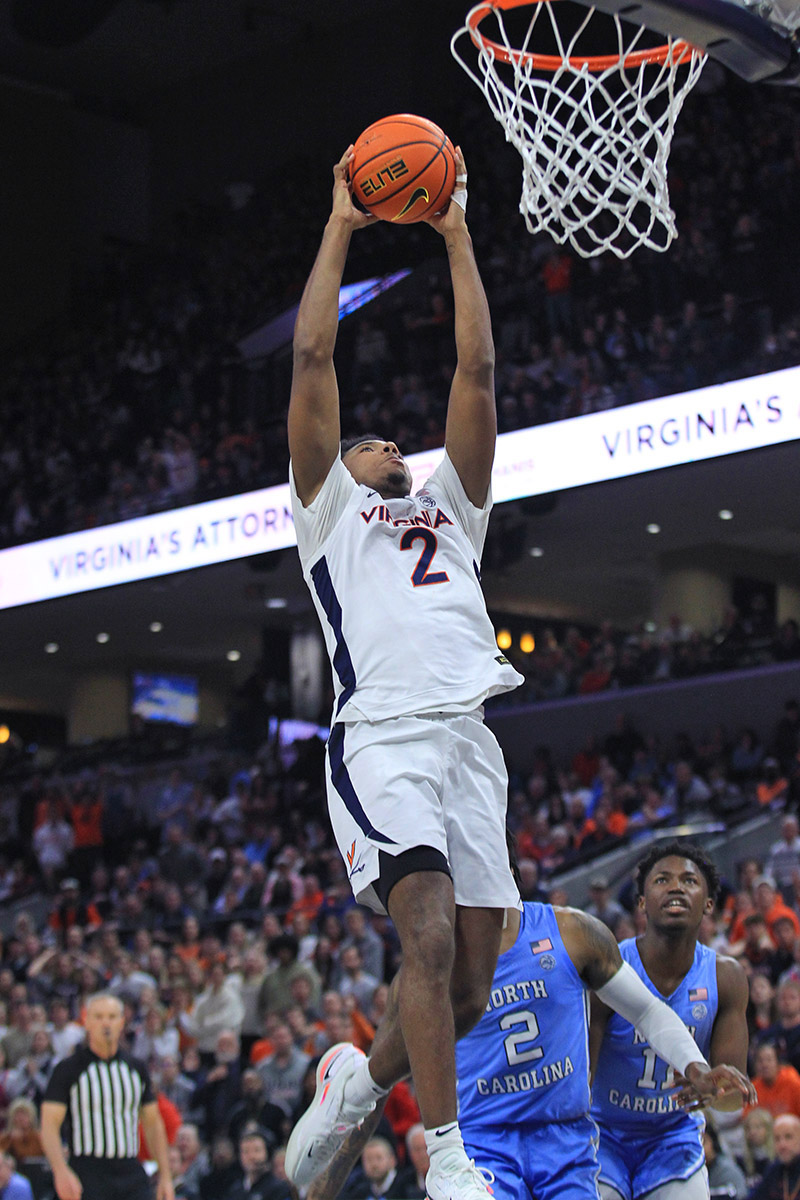