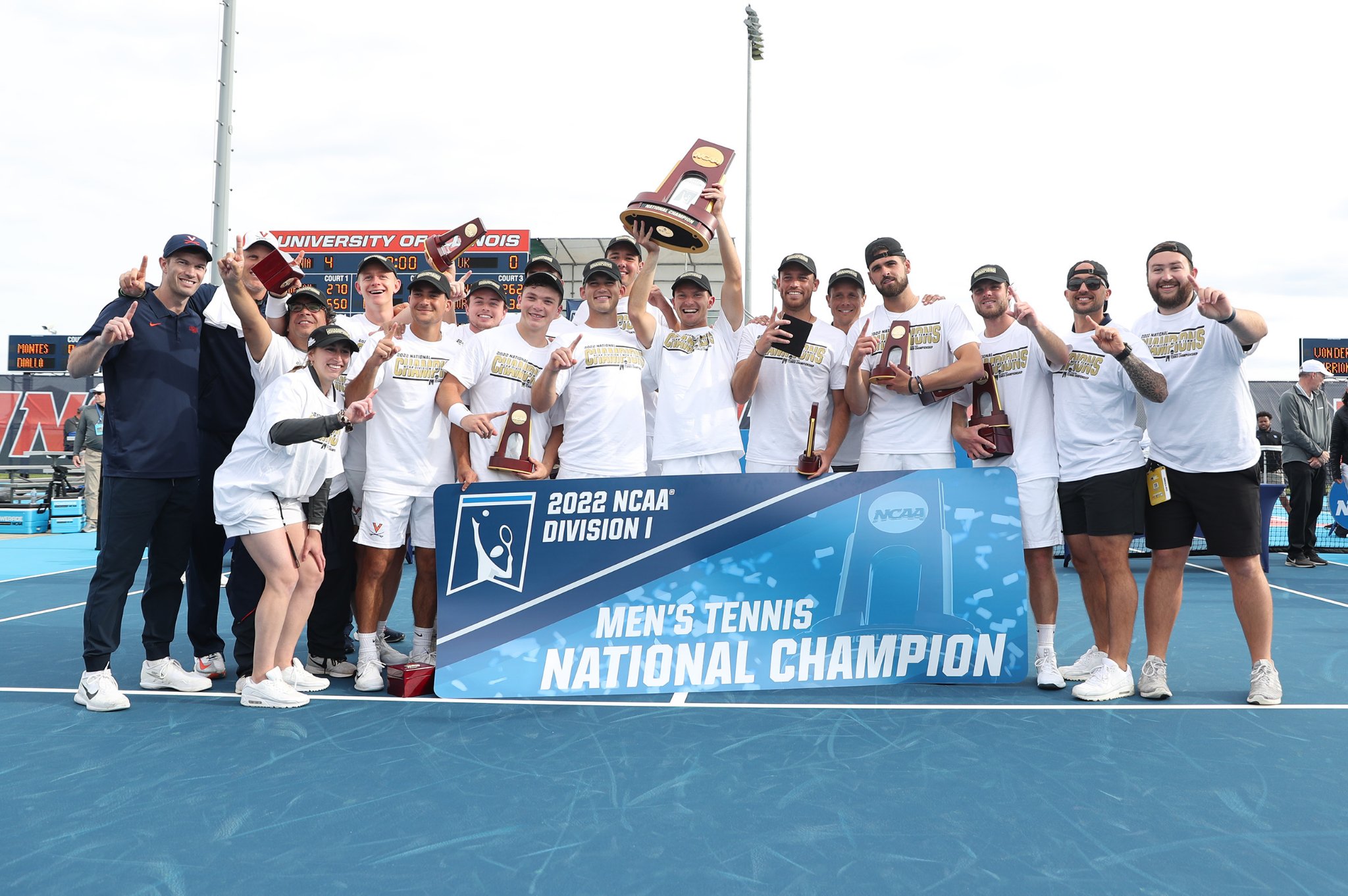 The Virginia men’s tennis team secured its 5th National Championship on Sunday in Illinois as it polished off a dominant NCAA Tournament run with a 4-0 win against Kentucky. When the Hoos lifted the National Championship trophy, however, it not only added to the program’s legacy but to the UVA Athletics Department’s ongoing success as well.

The title victory created a new list of benchmarks for UVA.

It marked the school’s 2nd title this academic year after the women’s swimming and diving team repeated in March. The Hoos now have multiple team championships in three consecutive full academic years (not all of the 2019-2020 championships were held due to the pandemic). In 2019, men’s lacrosse and men’s basketball captured crowns. In 2021, men’s lacrosse joined women’s swimming and diving at the top of the hill.

Sunday’s victory also gave the school its 31st National Championship in NCAA competition. Virginia is tied with Georgia, Maryland, Wisconsin, and Ohio State for 16th place on the list. Stanford owns the most with 130 to its credit. Oklahoma is the school immediately ahead on the list with 33. Within the ACC, only North Carolina has more titles with 46.

The Cavaliers have 10 programs represented among those 31 championships. On the men’s side with current teams, the baseball, basketball, lacrosse, soccer, and tennis all have National Championships. Boxing also won one in 1938. On the women’s side, the cross country, lacrosse, rowing, and swimming and diving teams all have NCAA team trophies too.

Considering recent years, that certainly seems possible if not likely. Starting with 2009, UVA has won a team title in every full academic year except for 2018 (again, all events were not held in 2020). Men’s soccer started the roll in 2009. Women’s rowing followed in 2010, while the women’s swimming and diving team joined the club in 2021 and 2022.

When you add it all up, it’s been a remarkable decade plus for UVA athletics and fans. From 2009-2022, the Cavaliers have claimed 16 of their 31 National Championships. That includes 12 titles on the men’s side and 4 on the women’s side.

Andres Pedroso, who became the latest head coach to lead a Virginia team to an NCAA triumph, captured what many Hoos likely think about that. He said: “I’m just so grateful. So grateful.”