In a word: momentum.

That’s really the easiest way to describe the mood for the Virginia football program right now when it comes to recruiting. It’s two on true fronts.

First, there’s the short term momentum and the Hoos have plenty of it. They picked up five class of 2021 recruits in the past nine days. The run started with four-star outside linebacker Josh McCarron out of Washington and has included an in-state prospect, a recruit from the D.C.-Maryland-Virginia region, and a Texas quarterback as well. The Cavaliers topped it off with a graduate transfer on Friday when Mississippi State’s Keytaon Thompson announced his decision to transfer to UVA. Thompson carried a four-star rating out of high school in Louisiana as well.

TheSabre.com’s recruiting analyst Chris Horne said that the surge is building on the growing success the last three years, which has included 23 wins and three bowl appearances. That included the run to the Orange Bowl last season and taking down the streak against Virginia Tech.

“Why the early success in 2021? Virginia is seeing the fruits of its on-field success,” Horne said. “The progress is clear. As a result, more recruits – locally and on a national scale – are taking notice of Virginia. This in turn gives coaches the opportunity to showcase what the program is all about – the culture, prospect development, UVA’s academic reputation, etc. – to a bigger pool of recruits. Closer to Charlottesville, recruits are taking the program more seriously. Michael Green and Langston Long (Long attended school in Woodbridge, Virginia, before heading to Christ School in North Carolina) chose the Hoos over, among others, Virginia Tech. QB Jay Woolfolk took notice of Bryce Perkins’ success. Winning is the best recruiting tool. The more Virginia wins, the better the recruiting will be, and you’re seeing that play out for the Hoos in 2021.”

There’s also some long-term momentum building for Virginia. That’s something that is showing up in the average recruiting rate year to year for coach Bronco Mendenhall and company. Message board poster hoosfan17 pointed that out in this thread, which led to a lot of great responses. Here’s the thread starter showing a clear upward trend from 2016 to 2020. The 2021 class is on pace to fit right into the trend. 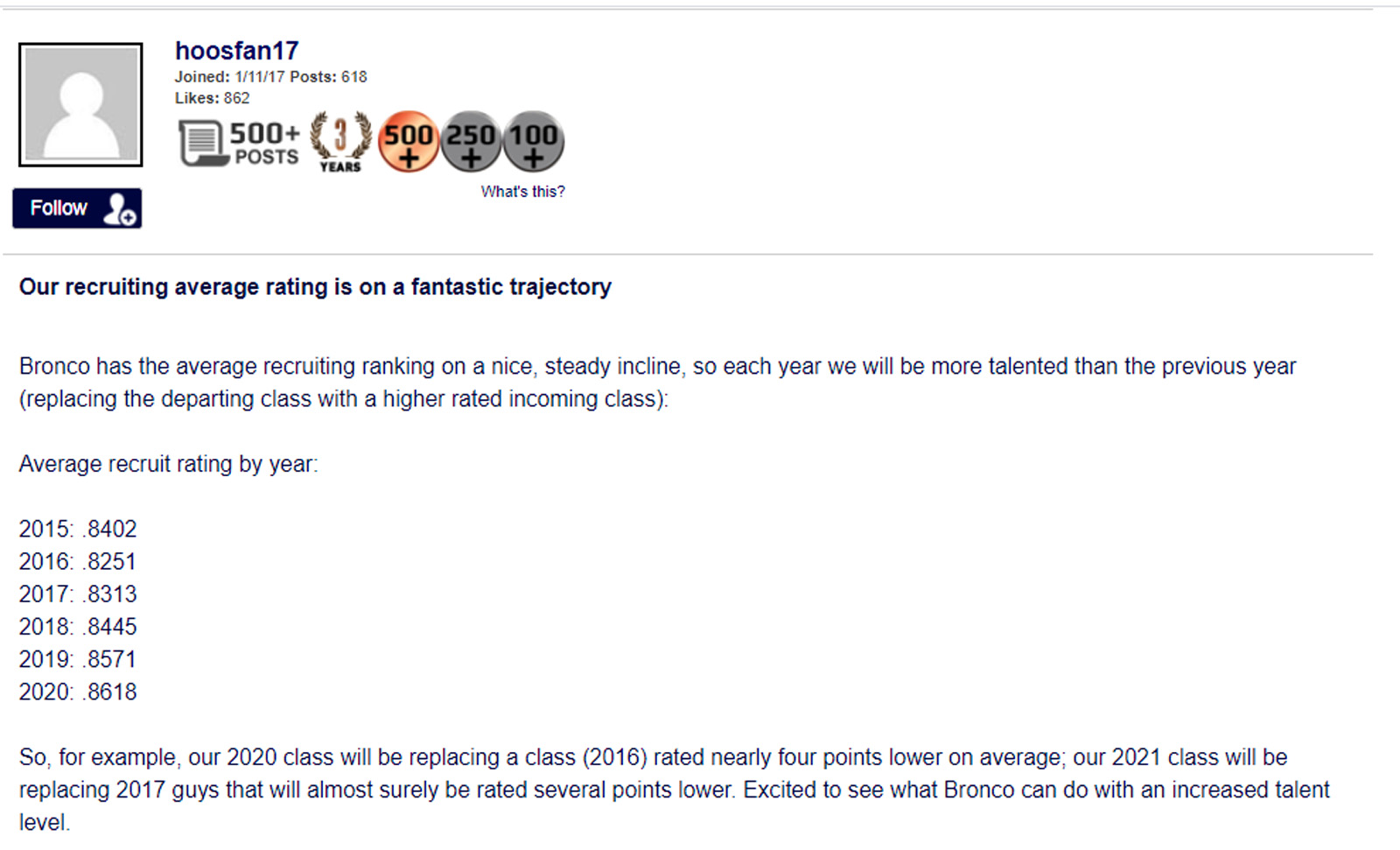 With that good news providing some tailwind for the weekend, let’s dive into the rest of TheSabre.com’s Fan Friday! It’s a streak-busting theme this week since UVA announced that the Virginia Sports Radio Network will rebroadcast Virginia win against VT on Saturday at 1 p.m. Read more here. There’s also a new article about the streak ending and the “Beat Tech” mantra from Jeff White at VirginiaSports.com.

Virginia fans could feel it in the air as the clock melted away late in the win against VT. 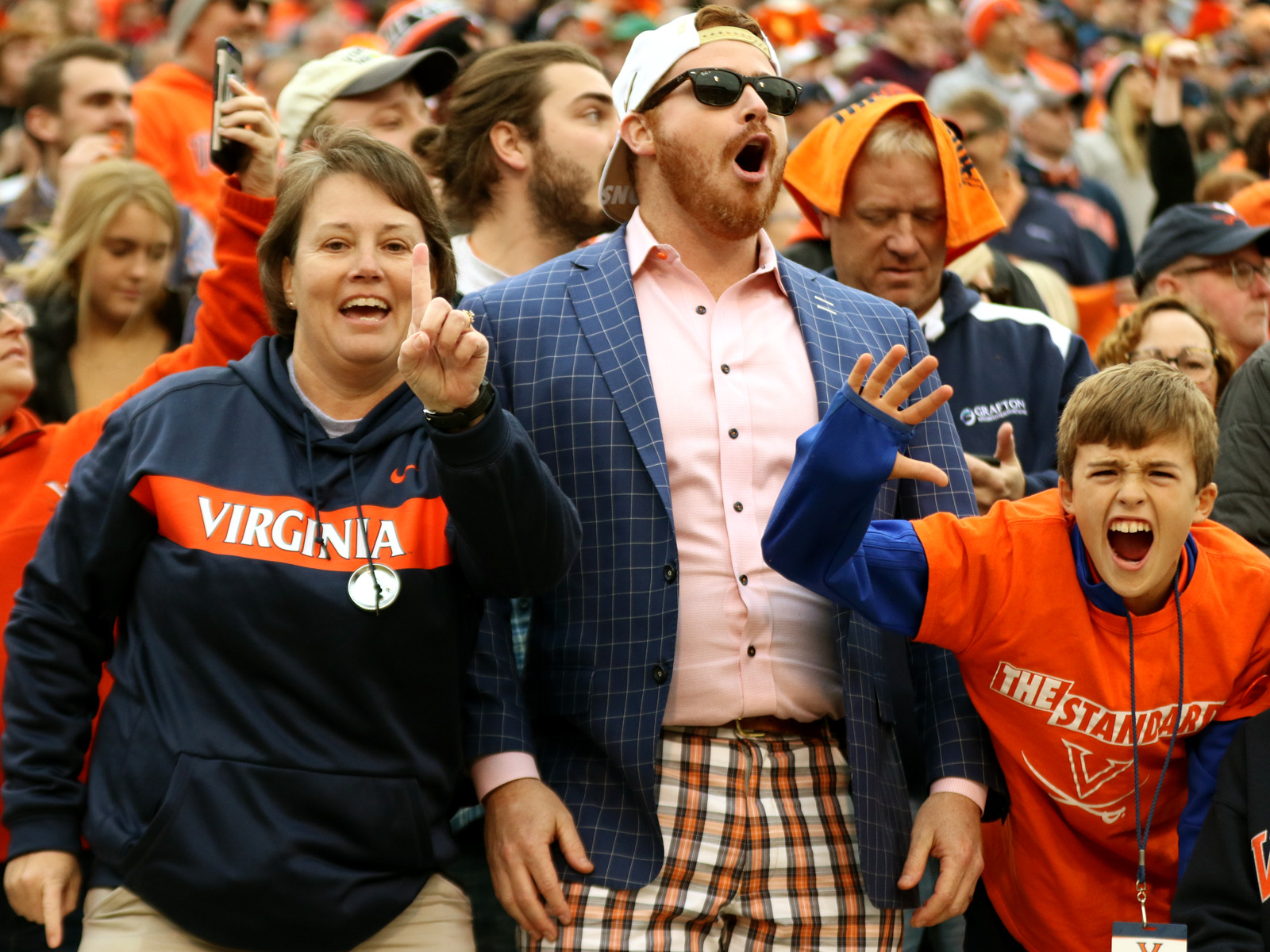 Students flood the field from the hill at Scott Stadium as the streak comes to an end. 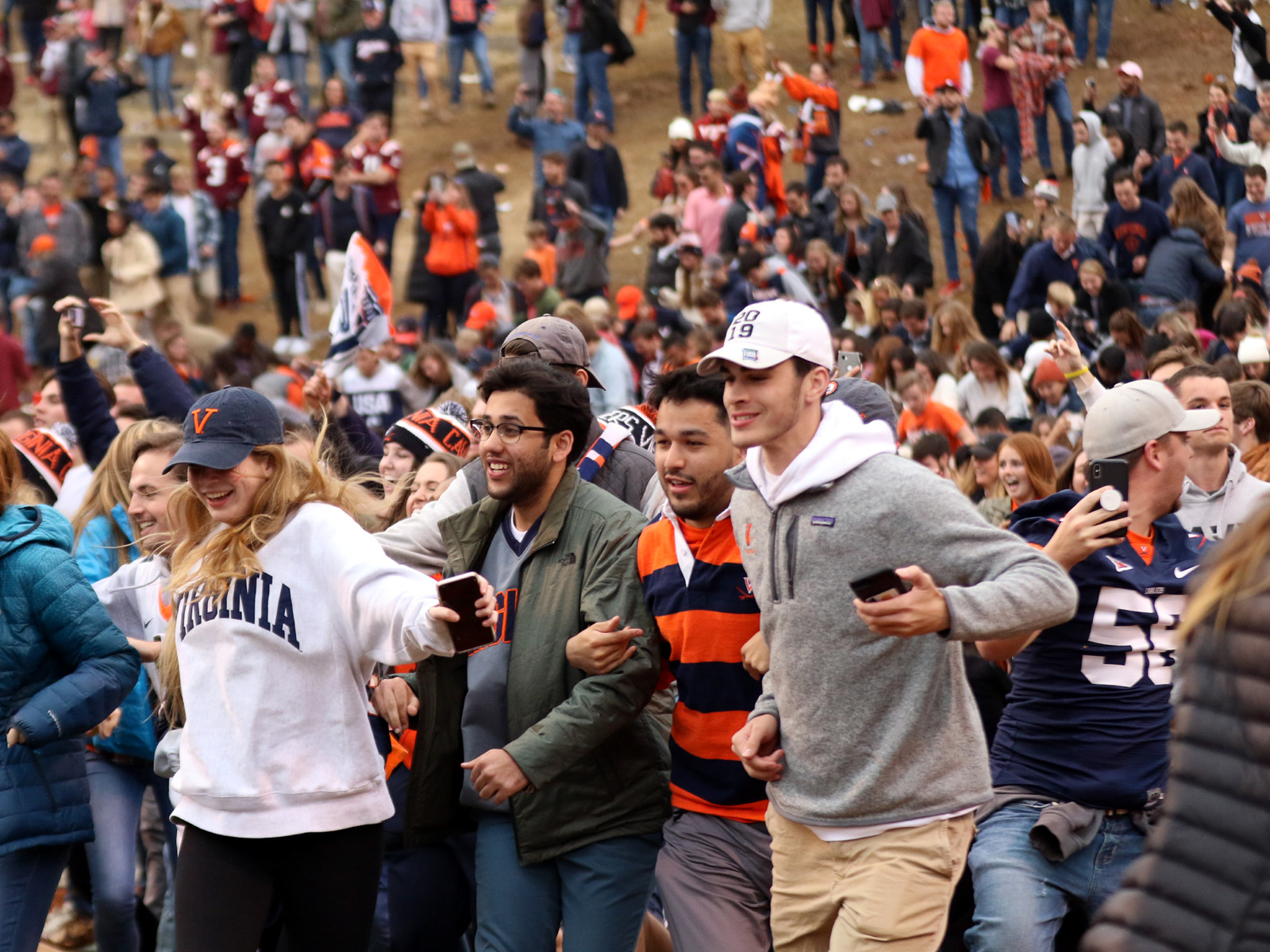 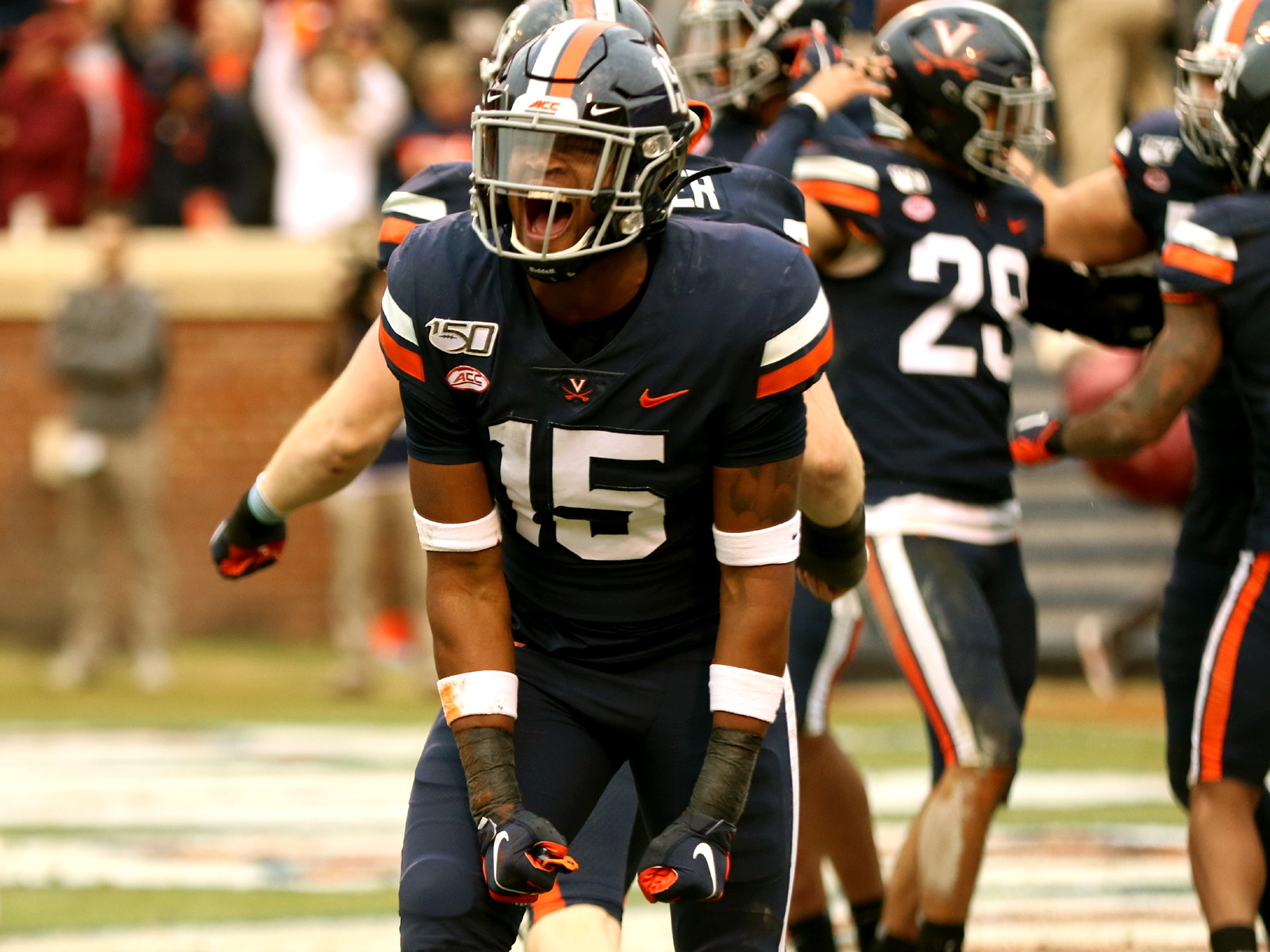